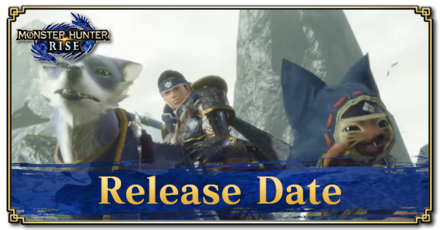 Wondering when the new Monster Hunter game's release time (unlock time) and release date are? If you want to know more about the release details of Monster Hunter Rise (MH Rise) and when you will be able to start playing the game, read on!

When Did Monster Hunter Rise Come Out? 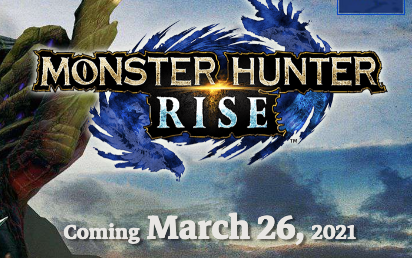 Monster Hunter Rise (MH Rise) was released at midnight (12:00 AM) on March 26th, 2021 in Japan. As the game was on a local release schedule, it was available at 12:00 AM local time in most areas worldwide.

US Release Time and Unlock Time

At 12:00 noon EST on March 26th, Monster Hunter Rise was released in the US. Many fans who expected the game to drop at 12:00 AM that morning were surprised by the long delay, but the wait is finally over.

Players in any time zone of the Americas were able to start playing the game at the same time regardless of their time zone!

If downloads has started in your region, tell us in the comments!

The release date of the PC version is expected to be in early 2022. Considering the success of Monster Hunter World, it's no surprise that Capcom wants to release Monster Hunter Rise on PC as well.

If you want to try MH Rise out before buying it, there was a demo made available on March 11, featuring Great Izuchi, Mizutsune, and Magnamalo!

If you opted to pre-order the game via the Nintendo eShop, you can start pre-loading the game now! The game will be playable at the Release Time in your local region.

How to Pre-Load and Preorder

Register as a member and get all the information you want. (It's free!)
Login
Opinions about an article or post go here.
Opinions about an article or post
We at Game8 thank you for your support.
In order for us to make the best articles possible, share your corrections, opinions, and thoughts about "Release Time (Unlock Time) and Release Date | Monster Hunter Rise" with us!
When reporting a problem, please be as specific as possible in providing details such as what conditions the problem occurred under and what kind of effects it had.