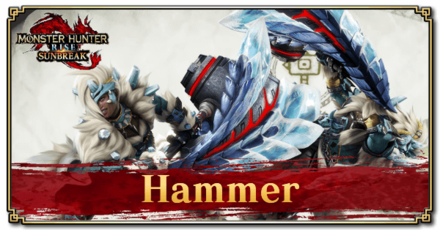 This is a guide to the Hammer, a weapon in Monster Hunter Rise: Sunbreak (MH Rise). Read on to learn about new Hammer controls and combos, how to use Hammer Charge Switch as well as details on Hammer Switch Skills.

Dash Breaker has received a significant buff. Its attack power has been increased and it now preserves max charge if you charge before the end of the move, giving way to more damage potential.

Hammer lived in the shadow of the great KO Sword and Shield builds in Monster Hunter Rise so we aren't surprised that we're getting buffs for its stun and exhaust value in this update!

This overall will enable the Hammer to keep up with what it's known for: a KO machine.

Impact Burst is a new Silkbind Attack for the Hammer in Sunbreak.

Upon using this move, the Hammer will be wrapped in Ironsilk, making every charged attack produce shockwaves upon hitting the target.

The shockwaves will deal residual damage and make it easier to make monsters flinch.

Since this new Silkbind Attack adds more hits to the weapon's attacks, it is recommended to focus on targeting and hitting a monster's head while Impact Burst is in effect to quickly flinch and stun it.

Lasts For a Minute

The effects of Impact Burst in the Sunbreak demo lasts for a solid minute. The cooldown of the Wirebug used by this move will also be finished right before the effect of Impact Burst dissipates, so you can easily and readily use it again.

Spinning Bludgeon: Charge is a new Switch Skill for the Hammer added in Sunbreak. This new move allows Spinning Bludgeon to be charged up to level 3 to deal more damage.

After doing this move, the charge is stored and will be unleashed at the next Charge Switch attack, allowing the use of successive charged attacks.

Not introduced in any trailer, Keeping Sway is an additional Silkbind Attack added to the Sunbreak Expansion. It is a high mobility Switch Skill that allows you to reposition whilst keeping you Hammer's charge level. Definitely a quality-of-life change that makes the Hammer more fun to use.

How Good is the Hammer?

The Hammer continues to do what it does best in the Sunbreak expansion: dishing out lots and lots of stun damage.

Like the Hunting Horn however, the Hammer cannot fully utilize the elemental damage meta present today. What's more, it usually just stays in the head making it a bad pick against Afflicted Monsters considering you have to pop Qurio spots around their bodies. 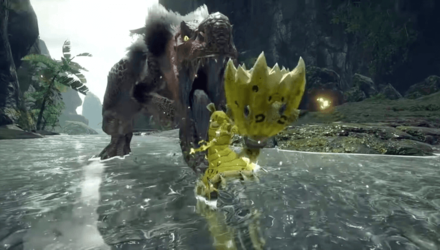 Hammers dishes out blunt damage which could trigger stuns to monsters when hit on the head enough!

Like the Great Sword, the Hammer has high single-hit attack damage. This can be achieved when the weapon is fully charged!

Unlike the Great Sword though, the hunter can move freely while the Hammer is unsheathed. You can even charge while moving but this consumes stamina so be careful!

Water Strike is a great addition to the Hammer's arsenal, allowing it to block an attack followed by a counter with an Upswing! 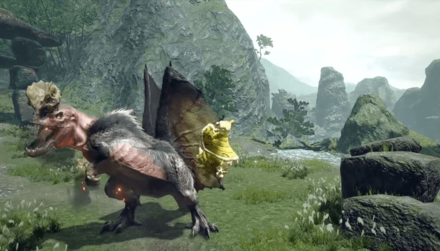 The Hammer has a very short reach that cannot reach the heads of some monsters like Anjanath and Jyuratodus. The aerial attacks that come with the Silkbind Attacks make up for this though!

Because it outputs blunt damage and not cutting damage, the Hammer cannot cut tails. This is okay though as most Hammer users focus on the head - and only the head.

The Hammer also does not have guarding options but is mitigated by its high mobility. Take advantage of this and position yourself properly!

The new Impact Burst Silkbind Attack can be used in the Sunbreak demo and replaces Impact Crater.

The weapon is wrapped with Ironsilk for one minute, adding shockwaves that deal additional damage to every attack with the Hammer. The effect is active as long as a blue flare is attached at the hunter.

Impact Burst costs one Wirebug charge and has a medium recovery speed.

Silkbind Spinning Bludgeon sends the hunter flying upwards while making a spinning attack. You can opt to charge the attack initially for more damage!

Dash Breaker sends the hunter rushing forward to attack. It has the bonus effect of negating all enemy damage while launching forward.

Impact Crater is a Silkbind Attack that launches the hunter in the air then slamming the hammer downwards with great force, creating a crater on the ground.

A high mobility Switch Skill that allows you to reposition whilst keeping you Hammer's charge level. Definitely a quality-of-life change that makes the Hammer more fun to use.

This Switch Skill unlocks a damage negation property in your Overhead Smash then you can follow up with an Upswing when successful. When you unlock this, use it immediately. The buff this Switch Skill gives is just too much to pass on.

This Switch Skill allows you to chain multiple charge attacks. When coupled with a Focus build, this could work but this also removes the second charge level and just brings you from Lvl 1 to Lvl 3 (but with the same charge time). This also enables you to get access to the powerful downswing attack by just hitting the hammer charges consecutively.

A high mobility Switch Skill that allows you to reposition whilst keeping you Hammer's charge level. Definitely a quality-of-life change that makes the Hammer more fun to use.

Allows Hunters to store charged energy then drop it in the next Charge Switch attack. This combo can be used to dish out a flurry of level 3 charged attacks for maximum damage!

This silkbind attack rewards an ultra-offensive playstyle. While under the effects of Impact Burst, attacks will deal extra hits - quickly exhausting and stunning monsters in the process!

The hammer gains an alternate charge attack for Monster Hunter Rise! It's a new move that switches the hammer's default spinning charge attack into one strong slam. To know the mode you currently have, refer to the color of the hammer icon on the right side of the sharpness gauge.

The Hammer's spinning jump attack makes its return in Monster Hunter Rise. It's a strong jump attack that can deal damage multiple times in a single move. Furthermore, it is also great against tall monsters since you can hit them from the jump's peak until you reach the ground.

Recommended Combos For the Hammer 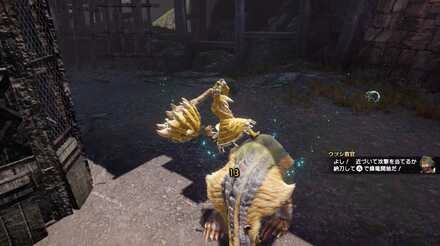 This combo gives you the ability to combine a stun with a charged attack and finishing it off with a Silkbind Attack, specifically the Impact Crater.

From a medium distance, this combo will let you do a slam attack and vertical hit combo which has a high chance of stunning the monster you are hitting.

A close-ranged basic combo that does not use a charged attack but deals decent damage. It is ideal to use this when you are backed into a corner by a monster.

Tips on How to Use the Hammer

Aim For the Head! 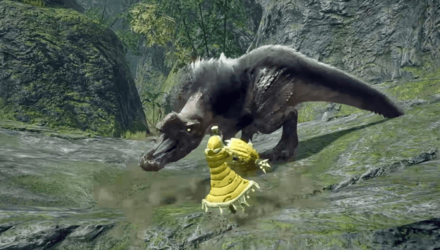 Take advantage of the blunt damage and always aim for the head to accumulate stun!

Make Sure the Charge Attack Hits 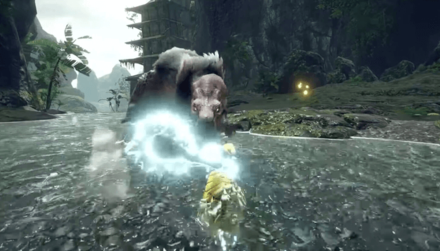 Hammers have one of the highest single-hit damage for any weapon so when you charge the Hammer, make sure it hits! It can charge up to 3 levels which can be stored while moving so reposition properly and make it count!

Water Strike Switch Skill is the greatest addition to the Hammer so far. This allows the Hunter to negate an incoming attack and then counter with an upswing. When evasion is not available, use this to block incoming attacks! However, when it is too awkward to use Water Strike, just evade!

iFrame When Switching Between Charge Modes

When charge switching from the new mode to the default, there is an iFrame at the start. This could be used as an evasion technique during emergencies! Careful though, the iFrame is not very long so you need to time it as precisely as possible which should be at the start of the dash.

The First Attack is a Side Smash

Charged Upswing Does Not Throw Allies Up

The Charged Upswing does not throw up allies in the air anymore! If you are a Hammer main and feels guilty for executing Charged Upswing beside allies, you can continue to do so (guilt-free!) in MH Rise!

In order for us to make the best articles possible, share your corrections, opinions, and thoughts about 「Sunbreak Hammer Guide: Combos, Controls and Moveset | Monster Hunter Rise」 with us!