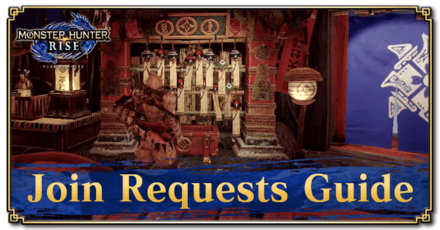 This is an article about Join Request in Monster Hunter Rise (MHRise). If you want to know about how to call for a Join Request as well as how to join one, read on!

What is a Join Request? 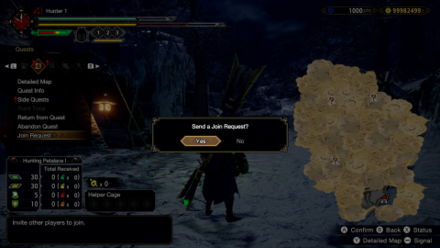 Hunters can send out Cohoots that bring 'Join Requests' to Gathering Hubs in which random hunters jump in your ongoing quest.

These random hunters can only jump in your quest if they are looking for the same quest.

With more players accepting your join request, the stronger the monster becomes. As difficulty scales depending on the number of Hunters present in a quest. 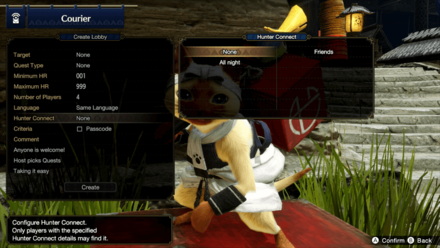 Sending out a Join Request can only be done when you are online.

Nintendo players will need a Nintendo Memebership to access this feature while PC players can do this as long they are online.

Multiplayer and Co-op Guide: How to Play Online

How to Send Join Requests for PC & Switch 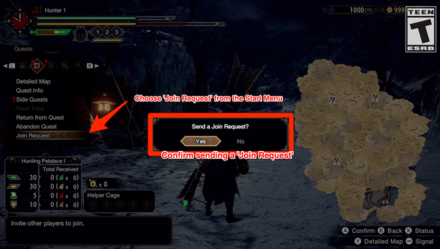 To send out a join request, you have to be online and in an ongoing quest.

Access the Start Menu, go to the Quests tab, then choose Join Request. Your Cohoot will fly away and send out the request to Gathering Hubs! 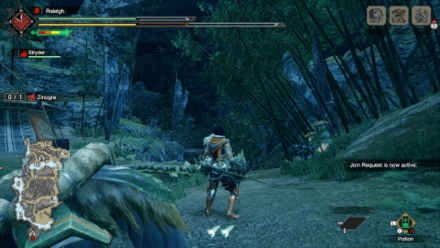 A prompt message will then appear on the right side of your screen, signifying that your Join Request is now available to be accepted by anyone. 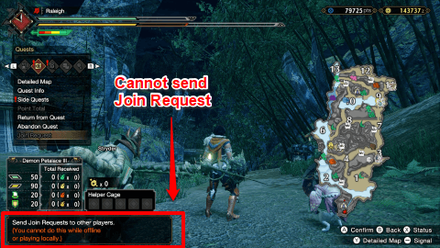 If you are not in an Online Lobby, you cannot send out a Join Request!

Send by the Hub Quest Counter 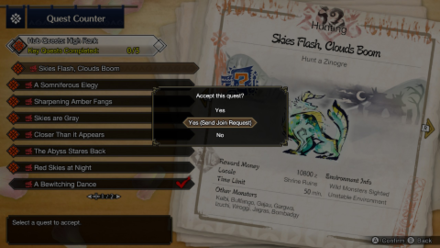 You can also choose to start the quest with a Join Request by choosing the option to do so at the Hub Quest Counter. Doing this allows random hunters looking to join a similar quest to find your posted Join Request. 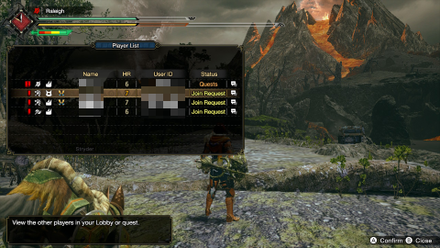 You'll know this has worked when you check the player's list and see random hunters joining in.

No Join Request for Village Quests 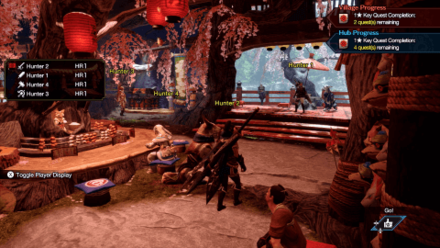 How to Join an Existing Join Request

Go to a Quest Board and Respond to a Join Request 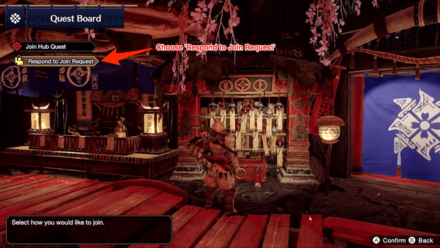 To respond to any Join Request, go to the quest board in the Gathering Hub. There you will be prompted to choose between doing Hub Quests and Responding to Join Requests!

Choose the Type of Quest 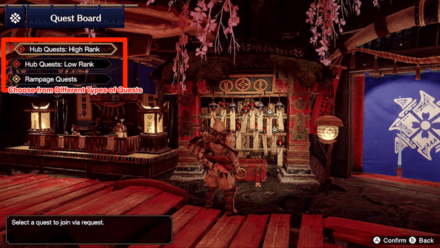 Next, choose the type of quest you want to join. You can choose between Low and High Rank Hub Quests!

Rampage Quest is an Option Too!

You may also opt to join a Rampage Quest! This type of quest looks special because it is separated from the Low and High Rank quests! 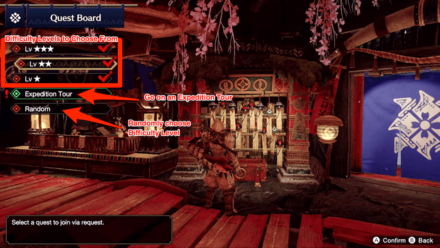 Then you will be prompted to choose a quest level, denoted by stars. Take note that the greater the stars, the harder the quest is rated.

Also, you may choose to go on an Expedition or let the game choose a Random quest level. 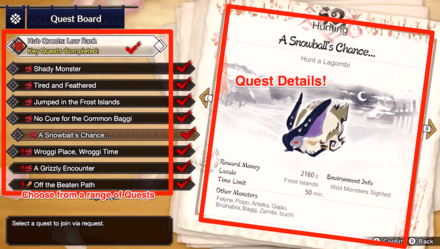 Lastly, you will be asked to choose from a list of active quests. Choose the quest that suits your wants and join in!

In order for us to make the best articles possible, share your corrections, opinions, and thoughts about 「Sunbreak Join Requests Guide | How to Join and Send out SOS | Monster Hunter Rise」 with us!