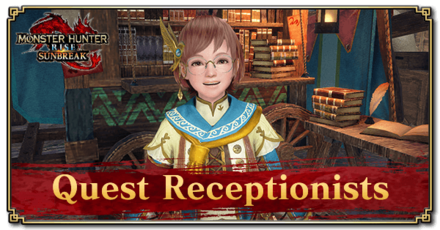 Monster Hunter has always featured Quest Receptionists that laid out what needs to be done in the game. This is a list of all the quest receptionists in Monster Hunter Rise, the Sunbreak expansion, and the past games.

After arriving in Elgado, Chichae is the one that will provide Hunters with quests and intel. Don't think too simple of her tasks though as it was revealed that Chichae is the princess of the Kingdom where Eldgado resides in!

Hinoa is responsible for the solo-only Low Rank Village Quests in Monster Hunter Rise. Hinoa is known to resonate with the Wind Serpent Ibushi during the story.

Minoto, like her twin sister, is also responsible for quests but in the Gathering Hub. Minoto is known to resonate with the Thunder Serpent Narwa during the story.

Quest Receptionists From Past Games

Kokoto Chief and Becky are both quests receptionists in the very first Monster Hunter installment. The Village chief is responsible for giving hunters Village Quests while Becky is the one giving out Gathering Hub Quests - same as Hinoa and Minoto respectively.

Patty is the quest receptionist and quest board maiden of Monster Hunter Dos (MH2)! She resides in Jumbo Village, the haven for hunters in that generation.

Aisha the Moga Sweetheart was responsible for giving Hunters Village Quests in Moga Village. Subsequently, Kathy is the quest board receptionist in Port Tanzia, the G Rank Hub for the 3rd Generation.

Sofia, more popular with the name The Guildmarm is the quest receptionist for the fourth generation of Monster Hunter. She is known to have an intense love for Brachydios and seems to be a friend of Aeisha, the Moga Sweetheart from Moga Village.

The Airship Receptionist is responsible for the G Rank quests when the Hunters took to the sky to research Valstrax. 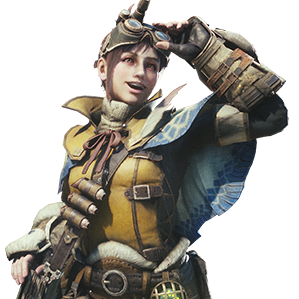 The Handler, in conjunction with being your closest ally and friend when you arrive in New World, is also the one responsible for giving you quests in Monster Hunter World and the Iceborne expansion. 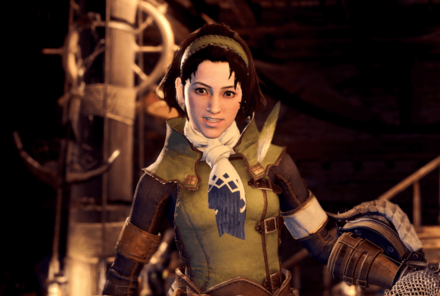 During the course of the story in Monster Hunter World, Serious Handler replaces the Hunter's Handler as the quest receptionist for a short time. This proved to be very popular in the Monster Hunter community because of her contrasting personality with the original Handler. 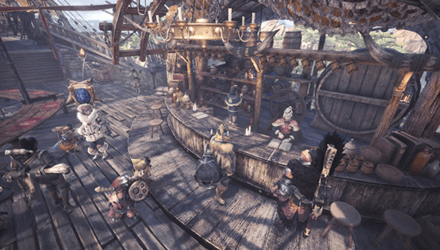 Besides the Handler, Hunters can also take up some quests with the Hub Lass in the Gathering Hub in Astera! 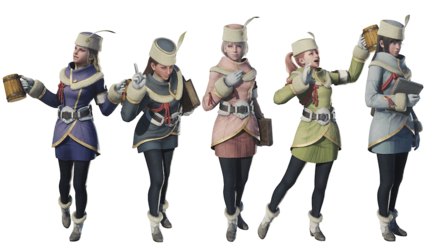 In the Iceborne expansion, Hunters discover and stay in a new settlement called Seliana near Hoarfrost Reach. In this frozen landscape, the Hub Lass is also dressed according to the cold climate of Hoarfrost Reach.

In order for us to make the best articles possible, share your corrections, opinions, and thoughts about 「List of Quest Receptionists | Monster Hunter Rise: Sunbreak」 with us!