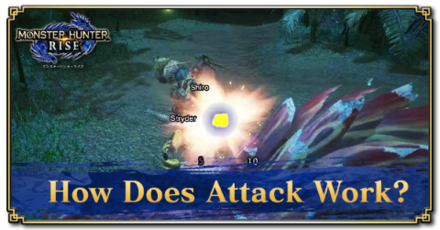 This is a guide to the attack stat in Monster Hunter Rise (MH Rise). Read on to know how the attack stat works, why all weapons have the same damage stats, and how does elemental attack work.

How Does Attack Work

Your attacks base comes from your total attack stat. The higher your attack stat, the more damage you'll be able to dish out!

How Does Elemental Attack Work

Adds Damage to your Attacks

Dragon is the game's 5th element stat. It is particularly effective against Elder Dragons.

You will not see a second damage output when using elemental attacks. What it will do instead is amplify your total damage output depending on the damage it deals. This is why it is important to use elemental weapons that your target monster is weak against.

In example, you are using a Great Sword with a raw attack value of 160. In green sharpness the multiplier value is 1.05. The move Overhead Slash has been tested to have a motion value 0.46.

Doing this move to Kulu-Ya-Ku's head which, has 0.68 sever damage vulnerability, should output a physical damage of 52.55 or 53 to Kulu-Ya-Ku.

Note: There is no official release from Capcom for Motion Values per weapon combos. 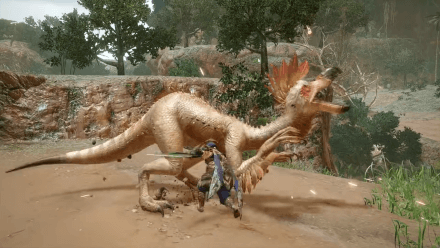 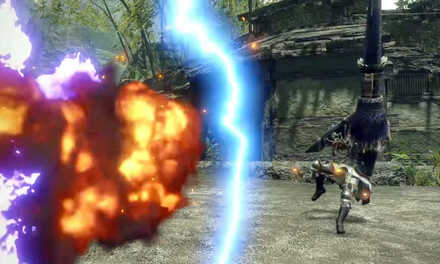 This means that even if previous weapons like Great Swords and Lances have lower attack stats now, they will still deal massive damage so if you're a heavy weapon user, don't leave your weapon and switch to lighter ones!

There are specific builds that caters to elemental attacks and there are buils that rely on the weapon's base damage. It all depends on the weapon type and build you plan for your hunter.

We highly suggest focusing on attack stat for hard hitting weapons like Great Swords. Their normal attack can make use of all the damage you put on your character which makes those single strikes hit hard.

Note that these are just standard build preferences and they can still be built to deal elemental damage, they just won't be able to capitalize on their effects as well as the other weapons.

Elmental types on fast weapons like DB are good since they can maximize the elemental damage's amplification. They also work wonders with status attack weapons but since Large Monsters can build resistance to ailments, elemental weapons are often the way to go for the speedy tools.

Note that these are just standard build preferences and they can still be built to deal raw damage, their ability to maximize elemental damage just makes them deal more damage than standard raw affinity builds.

In order for us to make the best articles possible, share your corrections, opinions, and thoughts about 「Sunbreak | How Does Attack Work?: Damage Formula Explanations | Monster Hunter Rise」 with us!