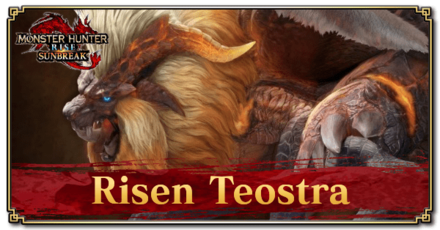 How to Unlock Risen Teostra 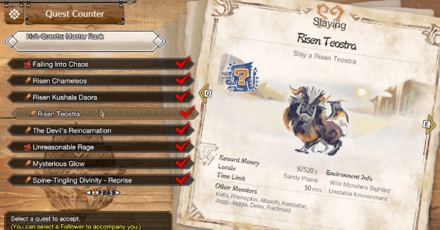 If you are already at that MR after downloading the update, you can proceed to speak to Bahari the Scientist and Chichae the Quest Damsel to get the Risen Teostra quest!

Note that you do not need to clear the Urgent Quests featuring Chaotic Gore Magala to get this quest. 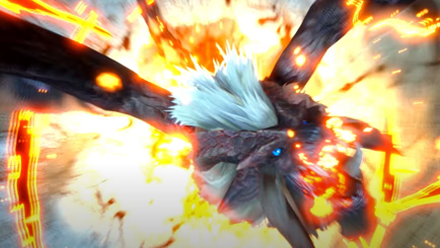 After inflicting a sufficient amount of damage to a Risen elder dragon, they'll enter into a Risen state. In this state, their attacks are much more powerful. Risen Teostra unleash an unrelenting inferno of explosions that create powerful shock waves. Stay on the offensive to prevent them from entering this state or to knock them out of it. 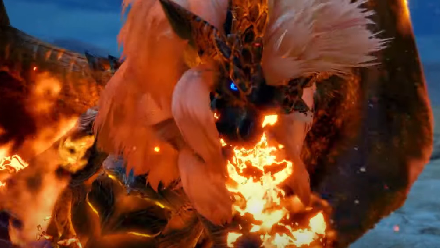 Risen Teostra are Elder Dragons that have been afflicted by the Qurio but have somehow overcome it. This type of Teostra can enter a Risen state that grants it new moves and stronger attacks.

How to Beat Risen Teostra

Slot in Kushala Blessing in Your Build 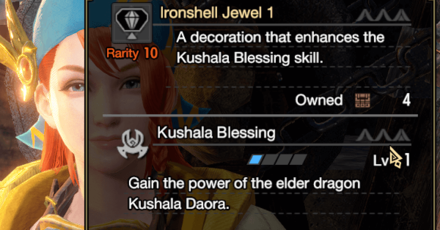 Get the Kushala Blessing skill in your build. To get this, craft the Ironshell Jewel and slot it in; it's a level 1 decoration that will easily fit your extra slots! Maxing this out will negate the heat damage Risen Teostra will do when you get near it.

For hunters using an elemental build, a level 2 Kushala Blessing will grant you a 10% increase in your water attack, which Risen Teostra is weak against!

To craft this decoration, you need the Daora Risegem that is rewarded from the Risen Kushala Daora Quest.

How to Get Daora Risegem

Paralyzing Risen Teostra Will Temporarily Take Down Its Fire Aura

It's a good idea to have a paralysis weapon or have someone in your team paralyze Risen Teostra. During this ailment, its fire aura will be temporarily down, so take this opportunity to dish out some damage!

For hunters with stun weapons, this is your moment; Risen Teostra, much like its normal counterpart, can still be easily stunned. Remember though; this Teostra is much more aggressive. Position correctly and always go for the head!

As with all Risen Elder Dragons, Risen Teostra gains new moves and increased damage when it enters this state. Do enough damage to get him out of this form to make it easier for you and your team!

Breaking Its Horn Means It's Low on Health

During the fight, if you manage to break its horns, it's an indication that it is close to being slain. So keep taking the offense to dethrone the Risen Emperor of Flame!

Risen Teostra Cannot Be Flashed from Its Supernova

Do not bother wasting your Flash Bombs during its Supernova; it will not be affected and you will put yourself in a dangerous position, as Risen Teostra Supernova releases ground particles after the initial explosion. Best to roll away and regroup.

Dance of the Fire Dragon

Ascension of the Emperor

Wrath of the Fire King

Teostra Risegem is the only unique reward obtained from Risen Teostra. It is only obtainable via Quest Rewards.

In order for us to make the best articles possible, share your corrections, opinions, and thoughts about 「Sunbreak Risen Teostra: Weakness and Drops | Monster Hunter Rise」 with us!