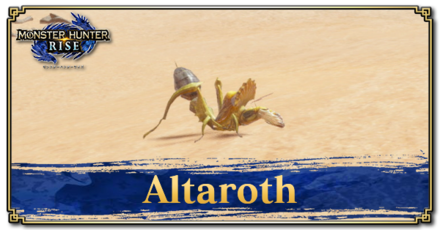 This page is about the Altaroth, a small monster found in Monster Hunter Rise (MH Rise). Altaroth locations, as well as Altaroth dropped materials, carves, and more can all be found here!

Altaroth is present in most areas in the game, but it is recommended that you hunt them in the Flooded Forest. This is because their locations are often close to the Camp.

You can go through Area 1 → Area 14 → Area 12. If you want materials from Altaroth, we recommend that you go around this route during an exploration quest.

Slay Altaroth Before they Burrow 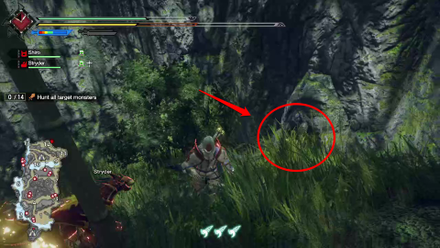 Altaroth stay inside burrows, commonly found at the wall of a mountain or hill. Usually in groups of three, they only come out in timed intervals when they march in a straight line, moving from one burrow entry to the next. 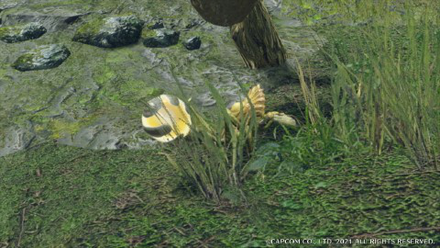 Sometimes Altaroth head to beehives and collect Honey. Filling up on Honey till their abdomens glow yellow. Afterwards, they will go back to their burrows. 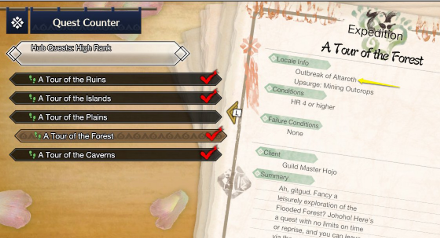 Keep an eye for Outbreaks in the Locale Info when doing an Expedition Quest. If the locale info indicates that there's an Outbreak of Altaroth then for 10 minutes you will have a chance to farm Altaroth materials.

An outbreak would mean that respawn period for that specific monster is shortened. 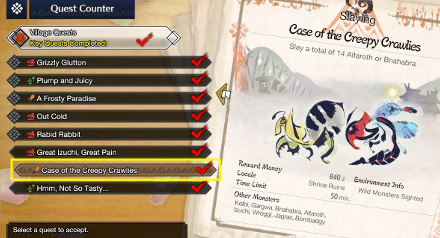 For faster Low Rank Material collection of Altaroth, we recommended that you do the Village Quest aptly named Case of the Creepy Crawlies. The positions of the Altaroth and Bnahabra are displayed on the map, making them easier to locate. The Quest Rewards for this quest are Bnahabra and Altaroth materials, speeding up the farming process.

Register as a member and get all the information you want. (It's free!)
Login
Opinions about an article or post go here.
Opinions about an article or post
We at Game8 thank you for your support.
In order for us to make the best articles possible, share your corrections, opinions, and thoughts about "Altaroth Locations and Material Drops | Monster Hunter Rise" with us!
When reporting a problem, please be as specific as possible in providing details such as what conditions the problem occurred under and what kind of effects it had.