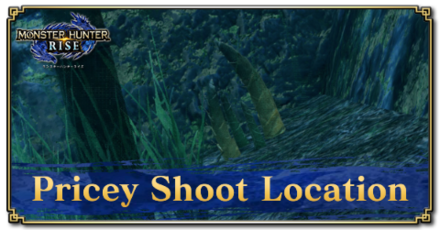 This is a farming guide for Pricey Shoot, an item in Monster Hunter Rise (MH Rise). Check here for all Pricey Shoot locations and drop sources, as well as Pricey Shoot uses in equipment and decoration crafting.

Pricey Shoot - How to Get

Pricey Shoots are items that can be obtained from high rank Shoot Patch gathering points. They are valuable items that grant a lot of Zenny and Kamura points so don't neglect them every time you hunt! 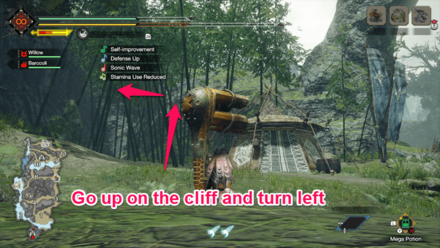 Starting from the main camp, go up the cliff behind the tent and turn left. Walk until you reach the end; there should be a Shoot Patch there. 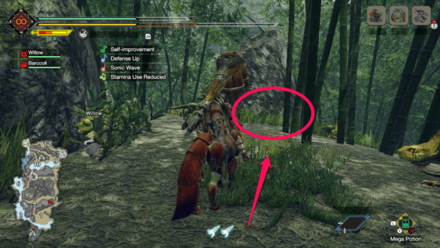 From there, use your wirebug to climb up another level, then turn right. Go straight until you reach the sleeping Jagras and/or the Snowbeetle. The Shoot Patch should be right in front of the rock behind them.

Drop down from that cliff. There should be a long ivy patch that you and your Palamute can climb. When you reach the top, there will be Felynes and Melynxes there. Pass by their base and turn right. You will drop down a small ledge and run to the edge of the cliff as shown in the GIF.

Again, drop down from that cliff, and jump over the wall. Climb the cliff in front of you. There should be an Escuregot up there. From there, turn left. You will eventually hit the Shoot Patch like in the GIF.

You can also just turn left once you scale the wall and look to your right for the Shoot Patch.

Pricey Shoot - How to Use 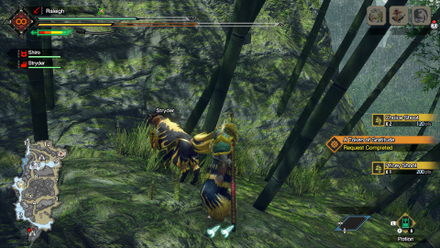 Since Pricey Shoot is an account item, it is automatically converted into Zenny and Kamura Points at the end of a hunt or an expedition.

Used as a Request Target 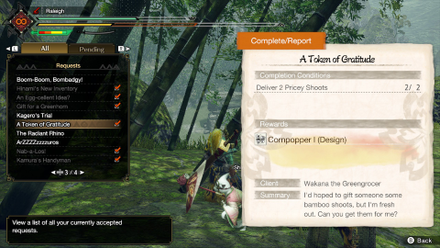 Pricey Shoot is used as a delivery item target for the request A Token of Gratitude. It unlocks the Cornpopper weapon design for the Gunlance so get out there and get those Pricey Shoots if you want it!

A Token of Gratitude Request and Rewards

Register as a member and get all the information you want. (It's free!)
Login
Opinions about an article or post go here.
Opinions about an article or post
We at Game8 thank you for your support.
In order for us to make the best articles possible, share your corrections, opinions, and thoughts about "Pricey Shoot Location: How to Get and Uses | Monster Hunter Rise" with us!
When reporting a problem, please be as specific as possible in providing details such as what conditions the problem occurred under and what kind of effects it had.