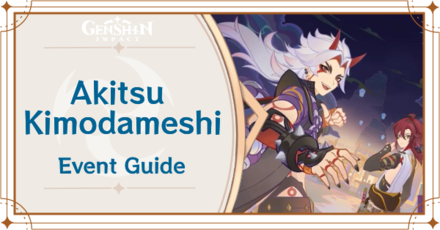 Akitsu Kimodameshi is a block breaker event in Inazuma for Genshin Impact Version 3.3. See the Akitsu Kimodameshi release date, how to play the event, the partner to pick in the Test of Courage, how to get the Toukabou Shigure sword, and all the rewards here!

Akitsu Kimodameshi is a block-destroying event in Inazuma where you rebound balls with a bar to break all the cubes. Try out Yashiro Commission's Test of Courage and play the mysterious Akitsu Yuugei minigame to win Primogems and a free 4-star sword!

Akitsu Kimodameshi was announced during the 3.3 livestream and was released on December 15, 2022! 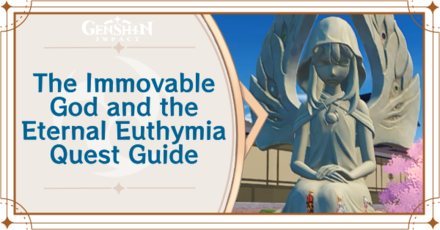 To unlock the Akitsu Kimodameshi, you need to reach Adventure Rank 30 or above and complete the Chapter 2 Act 1 Archon Quest, specifically the Ritou Escape Plan sub-quest!

Use the Quick Button to Skip Itto Quest 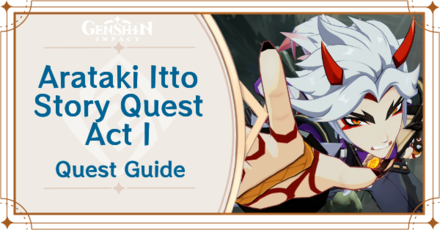 You also need to complete Arataki Itto's Story Quest, Taurus Iracundus Chapter Act 1 - Rise Up, Golden Soul but you can skip this with the Quick Start Button! 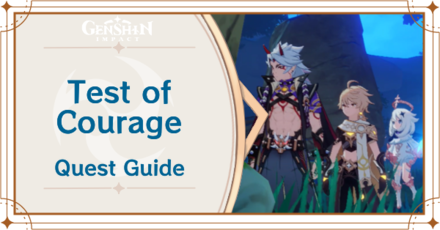 You can partner up with Kazuha, Ayaka, or Gorou during the Test of Courage and get the contest item, a box of Dango Milk! 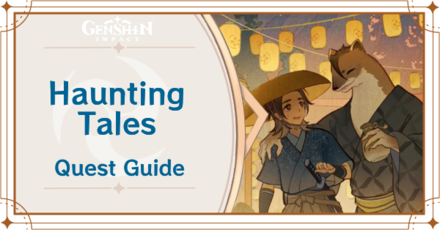 The Traveler heads off to the second Test of Courage after talking to Heizou in the first quest. You can partner up with Thoma, Sayu, or Yoimiya during this quest to find a fan within Chinju Forest. You'll experience various supernatural things along the way... 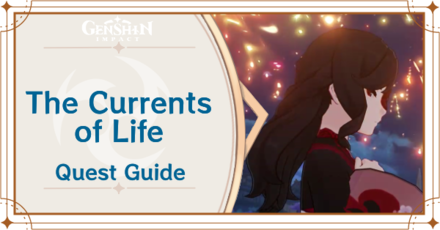 After bringing the Yokai and the event's featured characters together in a semblance of the Mikawa Flower Fesitval, we find out more about the friendship between the Samurai and the yokai, Lord Kamai.

This time, the traveler partners up with the famous detective, Shikanoin Heizou in the third Test of Courage, the item we need to find this time is a hagoita. It's an item used to play the Akitsu Yuugei!
The Currents of Life Quest & Partner Guide

All Test of Courage Partners

During the Akitsu Kimodameshi event, you can choose among the 6 characters to be your partner for the first two rounds of the Test of Courage. Check out our Partner Guide to see everyone's locations and why you should pick them!

Which Partner to Pick for the Test of Courage

Try out Inazuma's Test of Courage 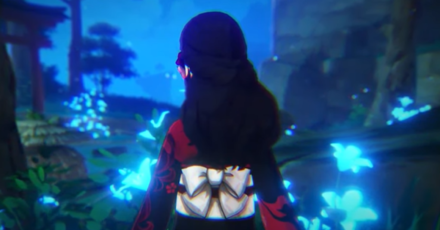 Join Arataki Itto, Heizou, and other Inazuma Characters to brave the ''Test of Courage'' hosted by Ayato and the Yashiro Commission! There will most likely be three Acts for the whole Akitsu Kimodameshi storyline. 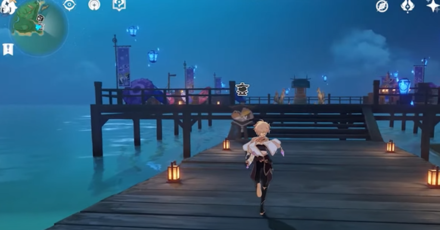 The flagship event takes place on the right side of Chinju Forest and below the Kamisato Estate at the edge of Narukami Island! Once you head there, you'll see a large platform where you can play the Akitsu Yuugei.

If you interact with the signboard by the large stage, you can enter the Leisurely Pastime stages, and once you're done, head north to the Shatterdark domain!

Use the bouncing bar to rebound balls

In the Akitsu Yuugei, you can control a bouncing bar by moving around the board. This bouncing bar will be able to propel a ball forward to break bricks within the time limit!

Infuse elements into the bouncing bar 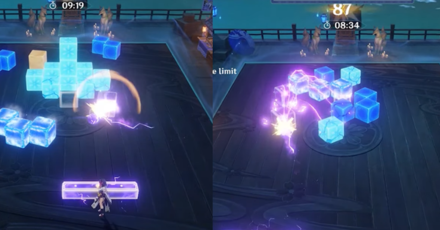 The bouncing bar's element will change depending on which character is currently using it. This will also inflict the element on the ball! Though, Dendro, Geo, and Anemo cannot be infused with the bouncing bar.

The bar can absorb an element, and the bricks also have their element. So, causing a skill ball of one element to hit bricks of different elements will trigger an elemental reaction.

Use buff modifiers to help you clear 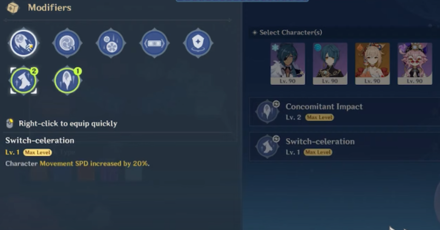 Since a character's element can be inflicted on the bouncing bar, you need to consider a good party to use during the event. To make it even more fun, you can use Modifiers as a buff during the challenge. It seems you can have two to three modifier slots in the mini-game.

There are also boss brick levels called the Shatterdark, where you'll need to defeat the boss by reducing its HP to zero while carefully maneuvering the ball against the block obstacles to hit it! There are three stages in total for Shatterdark! 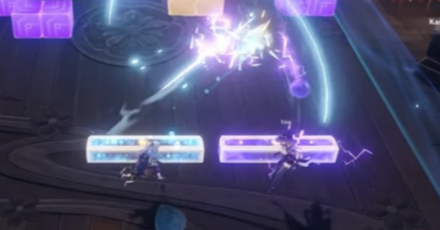 You can play this event in Co-Op Mode to clear various stages with your friends. If you want more event buddies, check out our Co-Op Boards here:

How to Get the Free 4-Star Weapon

You can get the Toukabou Shigure sword and its refinement material, Parasol Talcum, by playing the Akitsu Yuugei in the Leisurely Pastime event and getting the event currency! 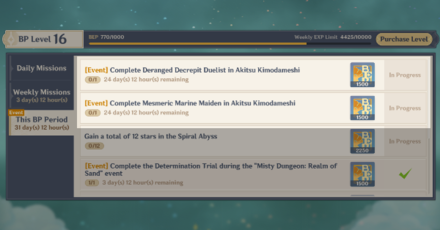 After completing Leisurely Pastime's Men-Mayhem and all Shatterdark stages, you'll get a total of 5700 Battle Pass Experience which would be a boost in your battle pass progress!
Battle Pass Guide and Best Weapons

In order for us to make the best articles possible, share your corrections, opinions, and thoughts about 「Akitsu Kimodameshi Event Guide and Rewards | Genshin Impact」 with us!