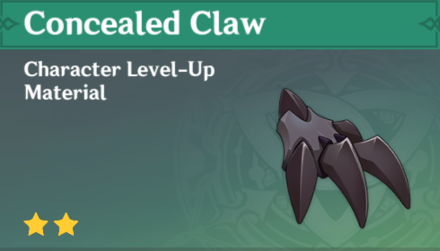 How to Get Concealed Claw 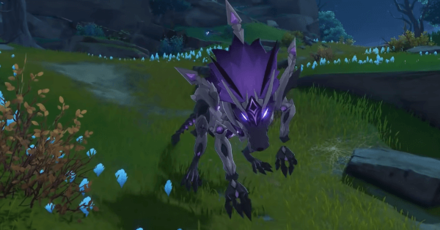 You can gather Concealed Claw by defeating the Rifthound enemies in the wilderness, they're in predominantly found in Tsurumi Island!
Rifthounds Enemy Guide

How to Use Concealed Claw

Residual body tissue left behind by one of the Riftwolves.
By ordinary logic, these objects, so alien to this world, should not have remained behind after these abnormal creatures were excised from the land.

Post (0 Comments)
Opinions about an article or post go here.
Opinions about an article or post
We at Game8 thank you for your support.
In order for us to make the best articles possible, share your corrections, opinions, and thoughts about "How to Get Concealed Claw and Effects | Concealed Claw Locations" with us!
When reporting a problem, please be as specific as possible in providing details such as what conditions the problem occurred under and what kind of effects it had.