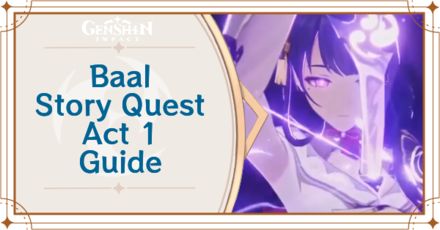 Reflections of Mortality is Raiden Shogun's Story Quest in Genshin Impact. Learn how to unlock this Quest and where it is found, as well as its rewards and a full walkthrough for completing the Quest.

Raiden Shogun Baal's Story Quest will be permanently available when Version 2.1 of Genshin Impact is released.

Reflections of Mortality Walkthrough and Rewards

Your adventure has come to an end for now. You and Paimon decide to pay the Statue of the Omnipotent God a visit...

To Traverse the Mortal Plane

The Shogun seems to be indisposed for some reason, but you, quite unexpectedly, manage to invite Ei to come forth from her Plane of Euthymia. You decide to take her on a trip around town for a change of pace.

To Traverse the Mortal Plane Objectives

The Fabric on Constancy

With you as her tour guide, Ei witnesses a great many new things and even seems to be enjoying herself. You decide to remember this leisurely time by taking a picture.

The Fabric on Constancy Objectives

Register as a member and get all the information you want. (It's free!)
Login
Opinions about an article or post go here.
Opinions about an article or post
We at Game8 thank you for your support.
In order for us to make the best articles possible, share your corrections, opinions, and thoughts about "Raiden Shogun Quest Guide | Reflections of Mortality Story Quest Walkthrough and Rewards" with us!
When reporting a problem, please be as specific as possible in providing details such as what conditions the problem occurred under and what kind of effects it had.