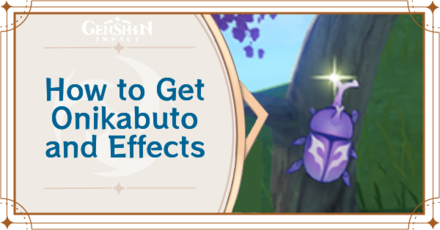 Onikabuto is a Local Specialty in Inazuma in Genshin Impact. Learn how to use and where to find Onikabuto beetles in Inazuma with our Interactive Map, its rarity and effects, and everything you need to know about Onikabuto here!

Collect in the Inazuma Region

Onikabuto beetles are usually found sticking to the trunk of trees in tree-abundant areas, but they can also be found hiding between rocks, on roots in hidden caves, and sometimes on trees near buildings. These beetles are only available in the Inazuma Region.

Onikabuto resets 2-3 server days after you collect them. If you're already out of Onikabuto in your world, you can try collecting them in Co-op Mode in the world of other Travelers!

You cannot buy Onikabuto as there are no shops that sell them. Gathering around Inazuma is curently the only way to get these beetles.

All Onikabuto Locations in Inazuma

You can find a total of 79 Onikabuto on these four locations in Inazuma: 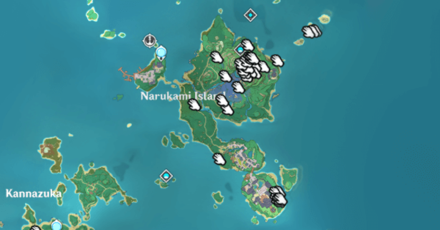 Onikabuto in Narukami Island can be mostly found between the Grand Narukami Shrine and the Kamisato Estate. 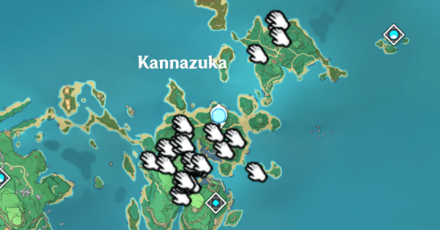 Onikabuto in Kannazuka Island are mostly scattered, but there are some of them in the electrified rocky area of Tatarasuna. 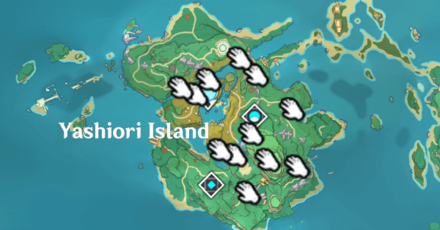 Onikabuto in Yashiori Island are mostly gathered near the area around Jakotsu Mine. Keep in mind that the northern part of Yashiori is affected by Balethunder. 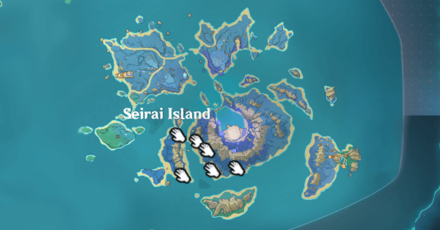 Onikabuto in Seirai Island are not many in number, but they can be found near the caldera-like crater in the center of the island. Keep in mind that this area has spots affected by Balethunder.

Start farming Onikabuto by following these routes in the following locations:

These beetles are spread out in the world, so it's recommend to farm them on densely packed locations. 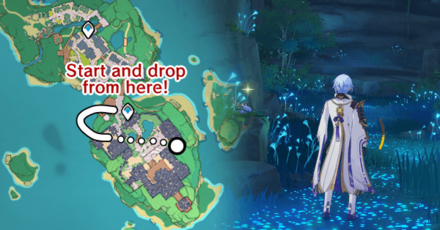 A cave found underneath Inazuma City contains a denser location for Onikabuto.

To get to this location, teleport to the lower part of Inazuma City then drop down to the west. You should see the entrance of the underground area that leads to the Onikabuto cave! 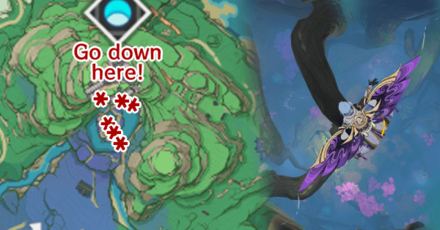 After progressing Sacred Sakura Cleansing Ritual, the large pit underneath the Grand Narukami Shrine of Mt. Yougou contains a dense location of Onikabuto. 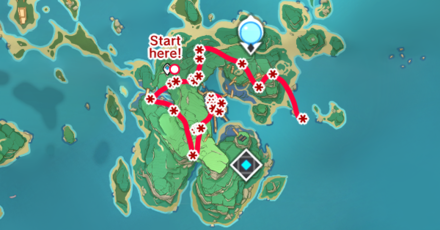 After you've progressed through the Tatara Tales quests, you can access the center of the area, which houses a lot of these beetles.

Onikabuto is an Inazuma Regional Specialty used to ascend the characters Arataki Itto and Shikanoin Heizou. It's also used as a crafting material for the Treasure Compass in Inazuma.

This Item is required for the Ascension of certain Characters. Be sure to gather the required amount in advance so you can Ascend them right away when they hit their level cap.

Items Craftable With This Material

The "Onikabuto" is a strange beetle that inhabits areas rich with Electro energy. Its docile and sedentary temperament could not be more different from the fierce, demonic visage displayed on its armored shell. Onikabuto beetles are often found lounging on trees where Travelers can easily spot and catch them.

In order for us to make the best articles possible, share your corrections, opinions, and thoughts about 「Onikabuto Locations and Farming Route | Genshin Impact」 with us!