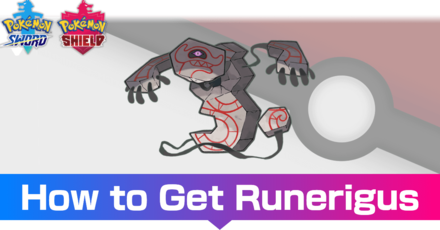 This is a page on the Pokemon Runerigus, including its learnable moves and where it can be found in Pokemon Sword and Shield. Read on for information on its evolutions, abilities, type advantages, and location.

How to Evolve Galarian Yamask into Runerigus 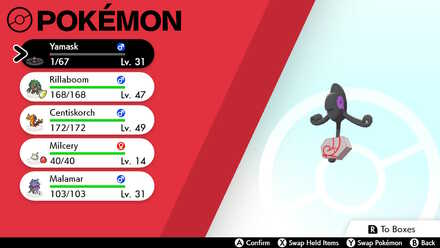 Galarian Yamask has a unique method of evolving previously unseen in the series. Galarian Yamask will only evolve if its HP has been decreased by 49 or more without fainting. The easiest way to weaken your Galarian Yamask is by giving it the item Focus Sash, which prevents your Pokemon from fainting from one attack with a remaining HP of 1. You can then use the item Poke Doll to escape the Pokemon you are battling, or switch out Yamask to defeat it with a different Pokemon.

If you don't have a Focus Sash yet, you can go to Route 2 to weaken your Galarian Yamask against low-level Pokemon to prevent it from fainting from battle.

Go through the Pillar in Dusty Bowl 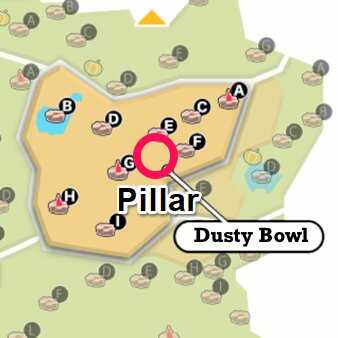 Post (0 Comments)
Opinions about an article or post go here.
Opinions about an article or post
We at Game8 thank you for your support.
In order for us to make the best articles possible, share your corrections, opinions, and thoughts about "Runerigus - Evolutions, Location, and Learnset" with us!
When reporting a problem, please be as specific as possible in providing details such as what conditions the problem occurred under and what kind of effects it had.