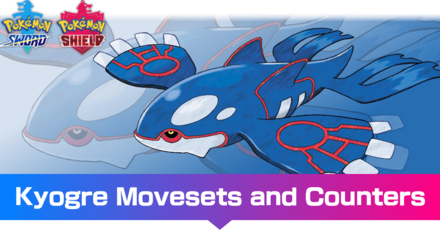 This is a strategy guide for using Kyogre in competitive play for the games Pokemon Sword and Shield. Read on for tips on the best Nature, EV spreads, Movesets, and Held Items to use with Kyogre, as well as its strengths and weak points. 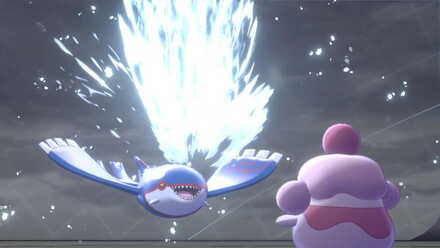 Kyogre's flagship Choice Scarf set from the Advance Generation is still as potent as ever, and can now threaten opposing teams after getting worn down thanks to its Origin Pulse move.

Water Spout is a powerful Water-type STAB with a Base 150 Power when Kyogre has full health, which is often guaranteed with its held item. Thunder is its main coverage move, and gets perfect accuracy in Rain.

Ice Beam is its secondary STAB and provides BoltBeam coverage alongside Thunder. Its last move is Origin Pulse, a Base 110 Power Water-type move that allows Kyogre to take threatening teams even after it gets worn down.

We're using a standard special attacking EV spread with a Timid Nature, with full investment in Special Attack and Speed. The remaining 4 EVs are invested in Defense to round off its natural bulk.

Note: This held item restricts Kyogre to using only the initial move it used during its turn. 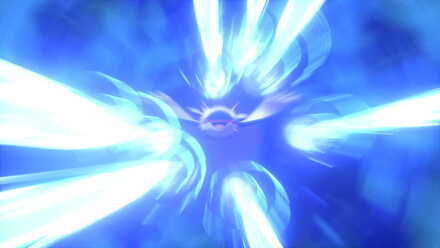 Although slower than the Choice Scarf set, Specs Kyogre has the ability to overpower its usual checks and counters due to its boosted Special Attack.

Origin Pulse is its main STAB move - a Base 110 Power Water-type move that hits even harder with a Choice Specs boost. Thunder is its main coverage move, getting perfect accuracy in Rain and hitting opposing Water-types.

Sheer Cold is its last move, and although it doesn't get a Choice Specs boost, it has a niche in allowing Kyogre to bypass the defenses of defensive Pokemon, such as Blissey. It's a risky move, though, due to its very poor accuracy.

We're using a standard special attacking EV spread with a Modest Nature and full investment in Special Attack and Speed. The remaining 4 EVs are invested in Defense to round off its natural bulk.

Choice Specs doubles Kyogre's Special Attack but restricts it to only the initial move it used during that turn.

How to Use Kyogre Effectively

Kyogre is arguably the most famous Choice Scarf user due to its potential to wreak havoc on teams that lack a Water-type resist with its boosted Water Spouts.

It's even more powerful this generation; although it lost its ability to Mega Evolve, it now gets better bulk with Dynamax. Additionally, it can still threaten opposing teams even after it gets damaged thanks to retaining its signature move, Origin Pulse.

How to Build a Team with Kyogre

Kyogre is easy to fit into Hyper Offense teams, although due to its overwhelming offensive presence, teams are often built around Kyogre rather than the other way around.

Use it as a Lead Weather Setter

Kyogre is best used as a lead weather setter and Dynamax user, unleashing powerful Max Geysers or Water Spouts and establishing an offensive momentum for the rest of its teammates.

Kyogre functions as this team's lead weather setter, setting up Rain Dance with its Ability and firing off powerful Water Spouts right at the start of the match.

Zapdos functions as this team's defensive pivot, handling bulky Grass-types that can switch into Kyogre and threatening them with accuracy-boosted Hurricane.

Drednaw is this team's backup physical attacker. If you decide not to Dynamax Kyogre, Drednaw can fill that role and Gigantamax late in the match - using G-Max Stonesurge to heavily damage the opposing team. This move also sets up Stealth Rock. 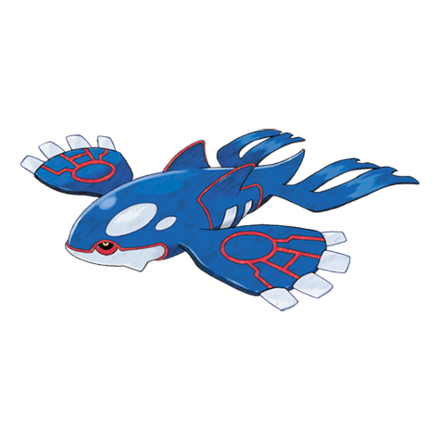 Threathen it with Grass and Electric-types, and Water-Resistant Pokemon

Kyeogre is a powerful special sweeper, but is easily forced to switch out once you safely bring in a Grass or Electric-type that can take advantage of its weaknesses.

Register as a member and get all the information you want. (It's free!)
Login
Opinions about an article or post go here.
Opinions about an article or post
We at Game8 thank you for your support.
In order for us to make the best articles possible, share your corrections, opinions, and thoughts about "Kyogre - Moveset & Best Build for Ranked Battle" with us!
When reporting a problem, please be as specific as possible in providing details such as what conditions the problem occurred under and what kind of effects it had.