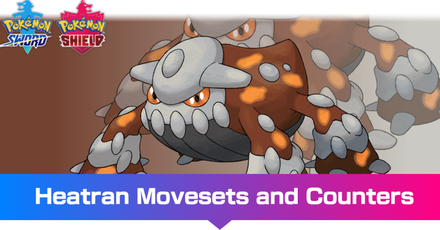 This is a strategy guide for using Heatran in competitive play for the games Pokemon Sword and Shield. Read on for tips on the best Nature, EV spreads, Movesets, and Held Items to use with Heatran, as well as its strengths and weak points. 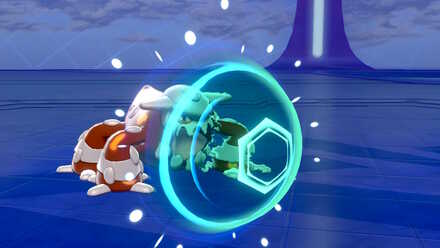 Magma Storm is a strong 100 BP STAB move with the added effect of trapping the opponent. This prevents the opponent from building any momentum, while having to deal with the chip damage brought on by the attack. It also gives Heatran a chance to set up sun when Dynamaxed.

Heatran can take advantage of its high Special Attack to dish out STAB Flash Cannons. Considering how populous Fairy types are in the metagame, this is a great move to have. It also buffs Heatran's defenses when used in Dynamax.

Taunt prevents the enemy from setting up on you, while also having good synergy with Magma Storm.

Protect is a nice move to have that enables more Leftovers recovery and a way to stall out Dynamax turns. Be careful of opponents who may try to set up against you while you are protecting.

Flash Fire gives Heatran an immunity to Fire which most Steel-types would love to have. Switching Heatran in on a fire type move will allow it to boost it's own Fire moves by 50%.

Leftovers is a staple on bulky builds. Can be helpful to heal up when used in conjunction with Protect. 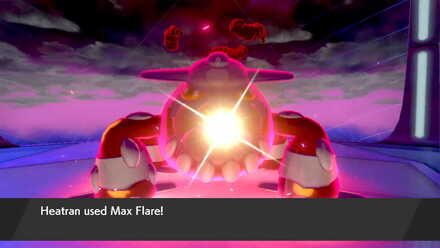 Heatran is a powerful special sweeper, especially when used as the main Dynamax Pokemon - unleashing powerful Fire and Steel attacks that hit many common Pokemon in the current metagame.

Overheat and Steel Beam are Heatran's main STAB moves. Both inflict negative effects on Heatran, lowering its Sp.Atk or dealing recoil damage respectively, but these don't occur when used in Dynamax as the two moves become Max Flare and Max Steelspike respectively.

We're using a straightforward special attacking EV spread with full investment in Special Attack and Speed with the remaining 4 EVs in Special Defense.

We're using Flash Fire for this build. This ability allows Heatran to absorb Fire-type moves, which then boosts the power of its own Fire-type moves by 50%!

Life Orb boosts the power of Heatran's moves by 30% at the cost of some residual damage. 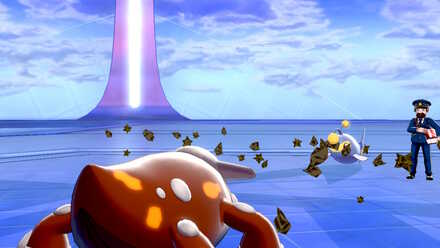 Heatran's unique dual typing lets it fill the role of entry hazard support surprisingly well. Unlike other hazard setters, it can threaten opposing leads with a burn from its moves.

Lava Plume is its main STAB and has a 30% chance to inflict a burn. Taunt lets Heatran cripple opposing support Pokemon while Will-O-Wisp lets it threaten physical attackers that might think of setting up on Heatran.

Its last move is Stealth Rock and provides great chip damage to the opposing Pokemon and helps Heatran's other teammates net KOs.

We're using a straightforward EV spread with full investment in Special Attack and Speed so that Heatran can hit as hard and fast as possible. The remaining EVs are placed in Defense to round off Heatran's natural bulkiness.

We're using Flash Fire for this build. This ability allows Heatran to absorb Fire-type moves, which then boosts the power of its own Fire-type moves by 50%!

We're giving Heatran an Air Balloon so that it can't get hit by Ground-type moves. This item is lost when Heatran gets hit by a contact move, however.

How to Use Heatran Effectively

A Great Check to Special Sweepers

Defensive Heatran is a great check to the metagame's many special sweepers. It's particularly good at walling Fairy-types since its dual typing gives it quadruple resistance to their attacks.

Because of this, it's often paired with Dragon-type sweepers such as Garchomp, Dragonite, and Dragapult as they cover each other's weaknesses.

Fills the Role of a Wall Trapper

Heatran's signature move, Magma Storm, gives it a unique niche as a trapper. Opposing Pokemon unfortunate enough to switch into Heatran can find themselves trapped, allowing Heatran to setup Stealth Rock or switch to another Pokemon.

Both offensive and defensive vairants of Heatran are especially good at trapping slow walls and whittling them down with its powerful moves.

How to Build a Team with Heatran

Heatran faces some competition as a defensive Pokemon since the metagame has a plethora of Steel-types that have more reliable recovery moves. Despite this, it has a niche as an offensive wall that can setup Stealth Rock and potentially trap threats with its signature move.

Heatran's dual Fire/Steel typing makes it one of the best answers to the many Fairy-types in the current metagame.

Its ability to trap or spread burns make it a valuable asset in defensive teams that need a strong defensive pivot that can impede the opposing team's offensive momentum.

Heatran makes an excellent partner for Dragon-type leads such as Dragonite. Thanks to its 4x resistance to Fairy-type moves, it can shrug off even boosted Play Roughs and Moonblasts from the likes of Mimikyu and Hatterene respectively.

Landorus (Therian Forme) makes an excellent partner to Heatran, as the latter also boasts a 4x resistance to Ice-type moves. Conversely, Landorus is immune to Ground-types that Heatran is weak to.

Although Dragonite fills the role of an attacker, it also provides defensive utility as it resists Water-type moves that both of its partners are weak to. It can also use Roost to recover its HP to full so that its Multiscale Ability activates.

Both offensive and defensive variants of Heatran are popular additions in Hyper Offense teams. Even without special attack investment, Heatran hits hard with its STAB moves and its great dual typing gives it quadruple resistance to Fairy-types.

Considering most Offensive teams employ Dragon-type Pokemon, Heatran is a welcome addition, as its presence is often enough to deter would-be Dragon counters.

Heatran's role in this team is that of a main Dynamax user. Thanks to its natural bulk, numerous resistances, and key immunities to poison and burns, it would be hard to take Heatran down, even with a Ground-type move.

When Dynamaxed, Heatran can set sun up for itself and its team, further empowering its Fire-type attacks and allowing for one-turn Solar Beams. Max Steelspike, on the other hand, further increases Heatran's defensive capability.

Tapu Fini rounds out the trio by offering a Fire-Water-Grass core for the team, but also offering useful utility in the form of Misty Surge. Some other notable moves include Defog which is useful for clearing hazards and screens. While Whirlpool, together with Magma Storm, can be used to trap your enemy. 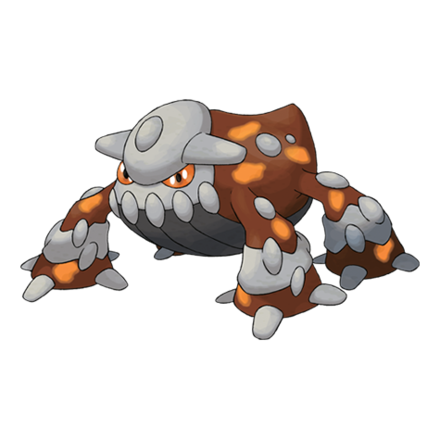 Despite its defensive prowess, Heatran easily falls to physical moves - especially Ground-type moves which it has a quadruple weakness to.

In order for us to make the best articles possible, share your corrections, opinions, and thoughts about 「Heatran - Moveset & Best Build for Ranked Battle | Pokemon Sword and Shield」 with us!