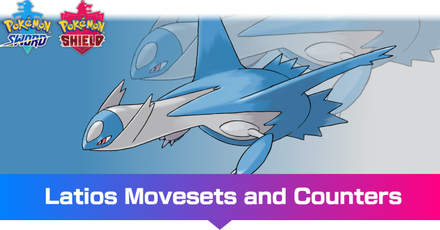 This is a strategy guide for using Latios in competitive play for the games Pokemon Sword and Shield. Read on for tips on the best Nature, EV spreads, Movesets, and Held Items to use with Latios, as well as its strengths and weak points. 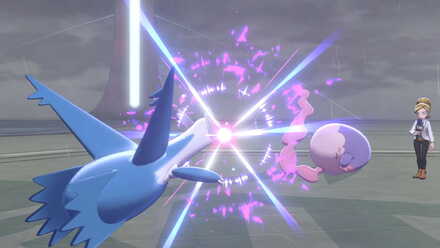 A combination of high special attack and speed, as well as great natural bulk, make Latios a threatening Choice Specs sweeper in the metagame. While it faces competition from faster Dragon-types, such as Dragapult, the sheer power behind its moves is enough to warrant it a spot in many teams!

Draco Meteor is Latios' strongest move, punching holes in teams and outright KOing Pokemon that don't resist it or are not immune to Dragon-type moves. Psyshock is its secondary STAB move, and allows it to threaten Special Walls by hitting their weaker defensive stat.

It's remaining two moves are for coverage. Thunderbolt hits bulky waters hard, as well as specially defensive Flying-type Pokemon such as Corviknight. Surf, on the other hand, hits Fire-types and Ground-types hard.

Levitate is Latios' only ability. While it doesn't provide any offensive utility, it does allow Latios to switch into Ground-type moves and Spikes and Toxic Spikes without taking any damage.

We're giving Latios Choice Specs for this build. This item boosts the power of Latios' special moves by 50% but it can only use the initial move it used on its turn. 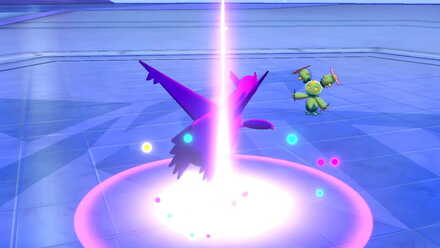 Access to Calm Mind and Stored Power allow Latios to function as a threatening setup sweeper that can easily sweep entire teams if given the chance!

Calm Mind boosts Latios' special attack and special defense by one stage. This works in conjunction with Stored Power, which gets a +20 increase in base power for every positive boost Latios gets.

Dragon Pulse is its secondary STAB move, and while relatively weak, can hit hard if enough Calm Mind boosts is accumulated. It's last move is Recover, which increases Latios' survivability and staying power.

Levitate is Latios' only ability. While it doesn't provide any offensive utility, it does allow Latios to switch into Ground-type moves and Spikes and Toxic Spikes without taking any damage.

We're giving Latios Life Orb for this build. This boosts the power of all its attacks by 30% at the cost of some residual damage.

This Latios build is more of a tankier take on the Eon Pokemon. Tank supper effective moves using Weakness Policy and try and revenge sweep the rest of your opponent's team.

How to Use Latios Effectively

Latios sets itself apart from other special sweepers by having the special attack stat to back up its attacks. While Dragapult and Starmie are faster, they have relatively low special attack stats that can leave them walled by defensive Pokemon.

Latios, on the other hand, has an excellent special attack stat and utility moves like Psyshock that allow it to target a special wall's weaker defensive stat. This makes the Eon Pokemon an overall more reliable special sweeper than its competition.

How to Build a Team with Latios

Latios is a versatile Pokemon that is easy to fit in many teams in both the Singles and Doubles format.

Latios is an excellent choice for a setup sweeper in Offensive teams. Unlike other sweepers, Latios doesn't necessarily need to set up with Calm Mind to hit hard thanks to its naturally high special attack stat.

That said, Latios is one of the strongest setup sweepers in the game thanks to Stored Power and its high speed. If left unchecked, it can easily sweep entire teams! 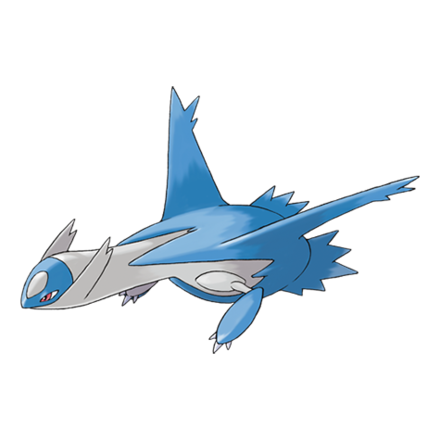 Wall it with Pokemon that Resists its STAB

For all its immediate power, Latios is easily walled by Fairy-type Pokemon as it lacks any coverage move that can hit them reliably hard. This means that even non-defensive Pokemon can wall Choice Specs variants if they're locked in a Dragon-type move.

Steel-type Pokemon are another good choice to send out to counter a rampaging Latios as the Eon Pokemon lacks a reliable coverage move that can hit them for super effective damage.

In order for us to make the best articles possible, share your corrections, opinions, and thoughts about 「Latios - Moveset & Best Build for Ranked Battle | Pokemon Sword and Shield」 with us!