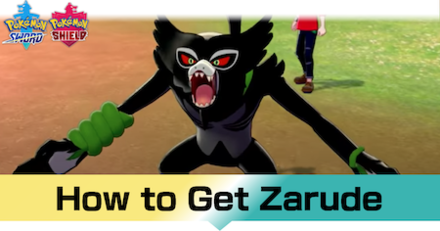 This is a page on the Pokemon Zarude, released in a special event on August 7th. Read to learn about the latest information on this new mythical Pokemon, including its stats, location, release date, and how to get it.

Pre-purchase tickets for Pokemon the Movie: Coco, which allows players to start collecting Zarude in-game is now on sale until December 24th, 2020! Players are able to redeem the Zarude and Shiny Celebi included from August 7th, 2020 until the event ends on March 31st, 2021. The movie itself began screening in Japan only on December 25th.

Players will also receive Dada Zarude! Upon entering the movie theater, they will provide each fan with a card, which includes a serial number that is needed to redeem Dada Zarude. If you don't want to miss this opportunity, you'll need to actually visit a theater in Japan or have someone help you obtain a serial number.
▶︎Tap for more Dada Zarude details

Base Stats of Zarude

How to Get Zarude

Get Dada Zarude from Pokemon the Movie: Coco 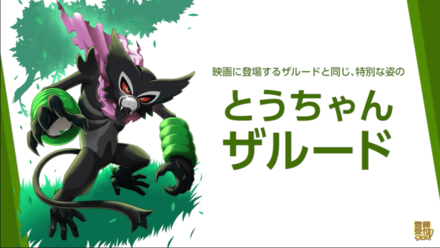 The Official YouTube Channel of Pokemon Japan released an announcement on November 13th that a new form of Zarude is going to be distributed in the celebration of Pokemon the Movie: Coco (Starting on December 25th in Japan). This version of Zarude is the same as the Zarude in the movie, which is wearing a pink scarf around the neck with Celebi's Pokedex number.

The movie is currently only available in Japan. But we have good news! It will also be released for international audiences in 2021 with an English title Pokemon the Movie: Secrets of the Jungle. And maybe a Zarude event will be available, as well!

Everyone who sees the movie in theaters will obtain Dada Zarude. Fans will receive the serial code for Dada Zarude upon entering the movie theater. This means that unfortunately, buying the ticket is not enough to get Dada Zarude. Also, the code is for single-use only, so sharing it with anyone will not work unless it is unused.

Moveset and Nature of Dada Zarude from Coco Movie 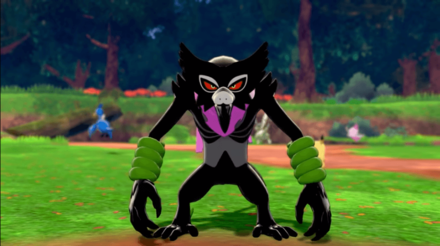 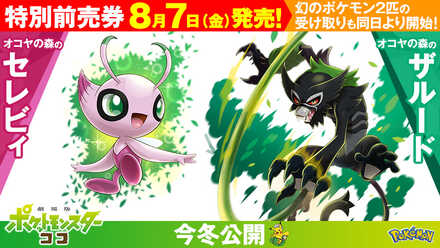 By pre-purchasing a ticket for Pokemon the Movie: Coco, you can get Zarude and a shiny Celebi in celebration of the movie. You can receive the two Pokemon regardless of whether you have purchased the Expansion Pass DLC. However, the availability period to get the preorder tickets for the Coco movie is now over, but you can still redeem them until March 31, 2021.

How to Order Tickets for Pokemon the Movie: Coco

Tickets for the film are available starting on August 7th via the following link! Although the website is entirely in Japanese, it is still possible to purchase the tickets from abroad. 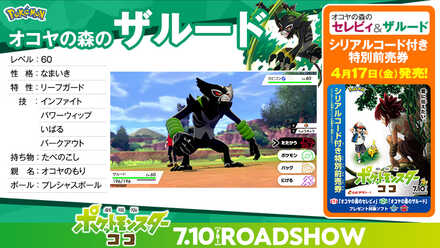 The information for the Zarude included with Pokemon the Movie: Coco has been released by the official website. (Japanese only)

In celebration of the new Trading Card Game Set: Vivid Voltage, you can get Zarude!

The registration to get Zarude from the new TCG Set celebration has ended. However, you can still redeem the code until March 31, 2021.

Where to Get Vivid Voltage - Zarude

Note: Registration to get Zarude from the Vivid Voltage TCG celebration has ended.

Zarude is not known to evolve into any other Pokemon. It's unlikely that it will evolve, as no Mythical Pokemon has done so in the past. 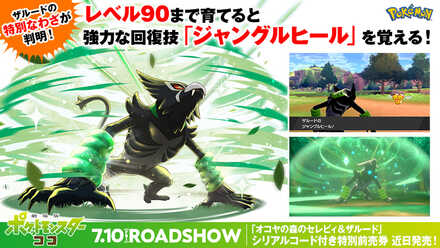 Zarude's signature move, Jungle Healing, has the effect of recovering its own and its allies' HP, as well as healing them of any status ailments. All Zarude can learn this movie at Level 90.

Although Jungle Healing is exclusive to Zarude in Pokemon Sword and Shield, the official website remarks that other Pokemon may learn this move in future generations.

How to Use Zarude

Check out our article below for movesets and best builds for Zarude. 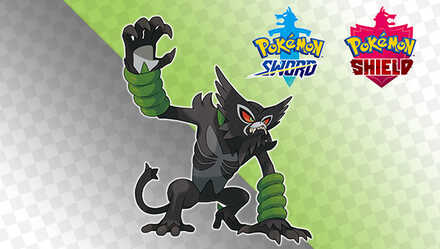 Zarude fights by swinging around trees and branches, and attacking its foes head-on with its claws or anything it can get its hands on. With its quick wit, it easily wins battles.

Unknowingly to many, Zarude resides deep in forests, and will immediately attack any Pokemon that is not part of its pack.

Hostile and territorial, many Pokemon that live in the same forest are afraid of Zarude.

Zarude can grow its vines at will; it can grow vines from his nape, wrists, and to the soles of its feet.

Zarude uses its vines to swing around branches, or to pick up berries from afar. The vines also have a healing property; any wound that is wrapped around Zarude's vines will heal.

Appears in Pokemon the Movie: Coco

The 23rd Pokemon movie, titled Pokemon the Movie: Coco is set to release in theatres in Japan in Winter 2020. Zarude, the newly-discovered Rogue Monkey Pokemon, will make its first appearance in this movie.

How to Get Ash's Hat with Zarude 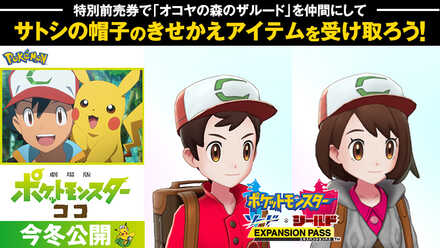 Players who have both obtained Zarude and purchased the Isle of Armor DLC will be able to obtain Ash's Hat from the movie Coco as a wearable item! 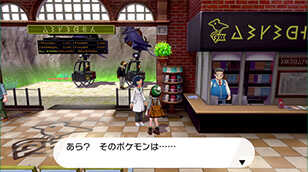 In order to obtain the Hat, players will need to have Zarude in either their party or a Box, and visit the Isle of Armor. In the Armor Station, the woman on the right, who gives the player the Isle of Armor Pokedex, will give the hat as a reward for obtaining Zarude.

>>7 The switch is region free.

>>13 Can confirm no serial code was emailed to me, I imagine it'll be printed on a card included with the ticket.

Register as a member and get all the information you want. (It's free!)
Login
Opinions about an article or post go here.
Opinions about an article or post
We at Game8 thank you for your support.
In order for us to make the best articles possible, share your corrections, opinions, and thoughts about "Zarude - How to Get and Release Date | Zarude Stats and Learnset" with us!
When reporting a problem, please be as specific as possible in providing details such as what conditions the problem occurred under and what kind of effects it had.