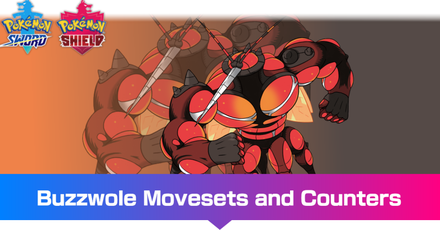 This is a strategy guide for using Buzzwole in competitive play for the games Pokemon Sword and Shield. Read on for tips on the best Nature, EV spreads, Movesets, and Held Items to use with Buzzwole, as well as its strengths and weak points. 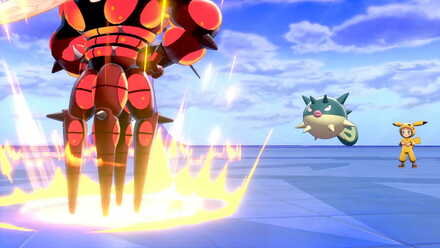 Great HP and Physical Defense, as well as reliable healing, make Buzzwole an effective Bulk Up sweeper in both Singles and Doubles.

Bulk Up boosts Buzzwole's Attack and Defense by one stage. Drain Punch is its main STAB and recovery move, while Lunge is its secondary STAB that lowers the target's Attack stat.

Ice Punch is its last move, and is mostly for coverage so that Buzzwole can hit Flying, Ground, and Dragon-types.

We're using a modified Bulk Up spread, focusing more on Buzzwole's defenses. Full HP investment and 144 Defense EVs make it as physically bulky as possible, while the remaining 112 EVs are placed in Speed so that it can outrun defensive Pokemon.

Beast Boost is Buzzwole's only ability, raising its highest stat every time it knocks out an opposing Pokemon.

With an Impish Nature and the given EVs, Buzzwole has an effective 194 Defense stat at Level 50. This means every time it knocks out an opposing Pokemon, it's Defense stat increases by one stage.

We're giving Buzzwole Leftovers for this build to provide it passive healing. Alternatively, you can also give it Lum Berry to protect it from status from Will-O-Wisp or Toxic. 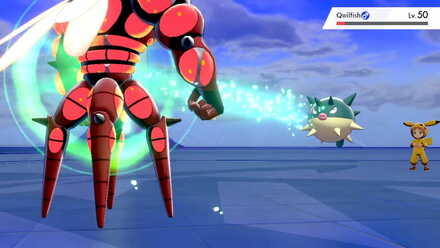 Buzzwole can surprise its usual counters and checks expecting a bulky set with a Choice Scarf build, turning it into a surprisingly fast but bulky revenge killer.

Leech Life is its main Bug-type STAB and is also it's main recovery move. Close Combat is its strongest STAB, but lowers both of Buzzwole's defenses.

We're using a standard physical attacking set with full investment in Attack and Speed, with the remaining 4 EVs placed in Special Defense.

Beast Boost is Buzzwole's only ability, raising its highest stat every time it knocks out an opposing Pokemon.

With a Jolly Nature and the given EVs, Buzzwole has an effective 191 Attack stat at Level 50. This means every time it knocks out an opposing Pokemon, it's Attack stat increases by one stage.

Choice Scarf increases Buzzwole's Speed by 50%, but restricts it to using only the initial move it used during its turn.

How to Use Buzzwole Effectively

A Resilient Bulk Up Sweeper

Buzzwole's great HP and physical defense make it a tough Bulk Up sweeper and is a good alternative to Conkeldurr in balanced teams. In Singles, it's best sent out late in the battle after you've taken care of its checks and counters.

How to Build a Team with Buzzwole

Buzzwole faces some competition from its fellow Ultra Beast, Pheromosa, but has a niche in more defensive-oriented teams as a bulky sweeper.

Use it as a Bulk Up Sweeper

Buzzwole is easy to fit in defensive oriented teams that require an offensive Pokemon. Even with no Attack investment, this Ultra Beast can still hit hard after a Bulk Up boost.

Buzzwole makes an excellent lead Dynamax Pokemon, although it should ideally use Bulk Up first so that it can improve its bulkiness. What makes Buzzwole a great Dynamax lead is that it can continue threatening opposing Pokemon after Dynamax since it can simply recover lost HP with Drain Punch.

Zapdos is a great defensive pivot and partner for Buzzwole as it resists Flying-type moves that Buzzwole is very weak against. It can also help its teamate by spreading paralysis using Discharge, which helps with Buzzwole's low speed.

Nidoking rounds off this team, filling the role of a fast and powerful special attacker. It provides great neutral coverage and can threaten Fairy-types with its Poison-type STAB. 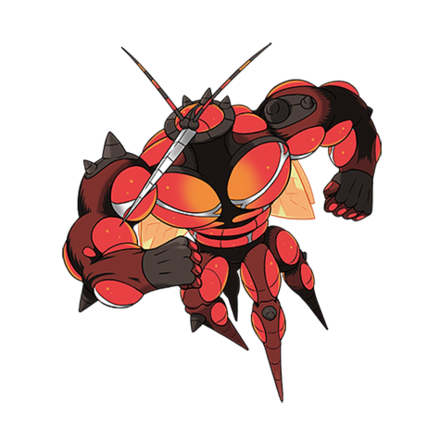 Check it with a Fairy-type

Outside of Iron Head, Buzzwole struggles against Fairy-types. Faster Fairy Pokemon, in particular, easily forces the Swollen Pokemon to switch or risk getting KO'd by their super effective attacks.

In order for us to make the best articles possible, share your corrections, opinions, and thoughts about 「Buzzwole - Moveset & Best Build for Ranked Battle | Pokemon Sword and Shield」 with us!