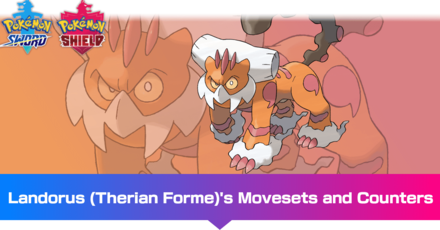 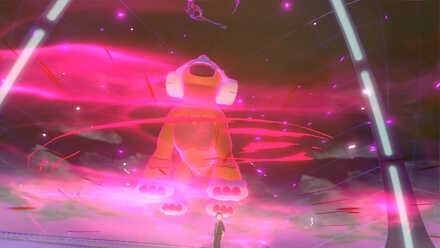 This build takes advantage of the base 145 Attack Landorus receives in Therian Forme to hit hard and fast with Earthquake or Superpower paired with a Choice Scarf.

Mixing Intimidate with U-turn also allows it to reduce a foe's attack for the sake of less bulky Pokemon and can switch in when necessary to tackle Electric or Ground types that it's immune to.

This build utilizes as a standard physically offensive spread with the rest of the EVs invested into HP.

Choice Scarf allows Landorus (Therian Forme) to get a 50% boost to it's speed in excange of being locked into only one move until it decides to switch out. 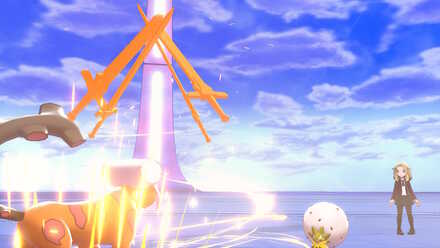 This build focuses on increasing Landorus' high attack power with Swords Dance and tearing through foes. After one Swords Dance, Max Airstream (from Fly) becomes incredibly strong, and the added damage from the equipped Life Orb will have your enemy's struggling to recover.

Stone Edge and Earthquake offer a near perfect neutral coverage only being resisted by Virizion.

This build utilizes as a standard physically offensive spread with the rest of the EVs invested into HP.

Life Orb offers a flat 30% increase to your damage at the expense of a percentage of your HP.

When swapping the Life Orb for a Lum Berry, you protect yourself from the attack debilitating Burn status to keep hitting hard. 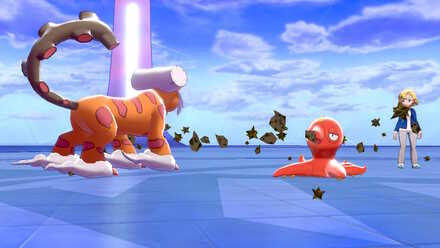 This build focuses on bulking up Landorus' Defense stat to handle hard hitting enemies. With its already high stats this build not only allows Landorus to take on strong physical attackers, but it can also be used to swap in and out with U-turn or set up hazards with Stealth Rock. Using Rock Tomb it can lower the Speed of an enemy as well to support other slower Pokemon.

This set utilizes a defensive spread focusing mostly on HP and Defense. A few points are added to Special Defense to better handle strong Ice-type moves such as Ice Beam.

The Figy Berry and the Sitrus Berry are both health-restoring berries that activate when the user's health drops low enough. They recover 1/3rd and 1/4th of the user's HP respectively. This will be the only form of recovery that Landorus (Therian Forme) can take advantage of.

Alternatively, you can rack up more damage against Pokemon who use contact moves by equipping a Rocky Helmet.

Landorus needs to take into account both physical and special threats in Doubles - often during the same turn. Giving it Assault Vest boosts its rather mediocre Special Defense, allowing it to potentially survive a Special Attack and hit back with its powerful moves.

Rock Slide and Earthquake provide Landorus great neutral coverage, with the former having additional utility with its 30% chance to cause flinching.

Hammer Arm adds extra coverage, helping Landorus deal with Normal and Dark-types such as Porgyon2 and Urshifu Single-Strike Style, at the cost of lowering its Speed by 1 stage.

U-Turn is its last move and allows Landorus to quickly pivot to a partner if it encounters a check or counter. It also deals good chip damage against pure Grass-types thanks to its great base Attack stat.

We're using a standard bulky EV spread with 244 HP and 12 Sp.Def to give Landorus some much needed bulk, while full Atk EV investment ensures it hits as hard as possible with its STAB and coverage moves.

Intimidate lowers the attack stat of both opponents in Doubles by one stage.

Although Landorus has a higher Attack stat, a bulky Special Attacker can surprise its usual counters and checks and perform even better as a bulky pivot in the Doubles battle format.

Protect and Stealth Rock are Landorus' main support moves, with the former allowing it to scout moves while the latter lets it support its team by providing entry hazard support.

Earth Power is its main STAB move and while coming off from Landorus' weaker Special Attack, it doesn't suffer from damage spread in Doubles like Earthquake. It's also unaffected by Grassy Terrain and allows Landorus to comfortably switch into opposing Intimidate users without fear of losing offensive momentum.

U-Turn is Landorus' last move and is used not for its damage but to allow the Abundance Pokemon to pivot from the battle to another Pokemon if it encounters a Pokemon it can't wall or threaten.

We're using a modified EV spread with full HP investment. 184 Def EVs and 62 Sp.Def EVs round off its bulk while the remaining 10 Sp.Atk EVs and a Modest Nature ensures it still hits reasonably well with Earth Power.

Intimidate lowers the attack stat of both opponents in Doubles by one stage.

Sitrus Berry is the preferred recovery item in Doubles as it provides higher, immediate healing over Leftovers.

How to Use Landorus (Therian Forme) Effectively

Landorus' overall stats are high so it can deal damage, take it, or cycle in out to deal with any situation. Its dual Ground and Flying typing is incredibly strong allowing it access to STAB Max Airstream as well as the ability to swap into Electric or Ground-type attacks that it has immunity to. You really can't go wrong with Landorus in your party.

With its high Defense stat and access to the Attack decreasing ability, Intimidate, Landorus is great for going up against Pokemon with high attack power. As it can also learn U-turn, you can keep bringing it back in to hit your opponent with Intimidate multiple times to completely annihilate their strength.

How to Build a Team with Landorus (Therian Forme)

With Intimidate and solid bulk, Landorus (Therian Forme) can be hard to take down if the opponent is unprepared. It can naturally find its place in most teams.

A Physical Tank for Offensive Teams

Its own STAB moves are strong enough to make substantial dents onto the enemy team which Zapdos can later finish off. It can also set up Stealth Rock if necessary, and U-Turn out against unfavorable matchups.

Zapdos serves as the main special attacker of the team. It also has a good selection of moves including Rising Voltage if you want to take full advantage of Max Lightning. Alternatively, Volt Switch can help you maintain momentum in your favor.

Grimmsnarl offers fantastic utility by offering the fastest Reflects and Light Screens thanks to Prankster. This will help with your sweepers survivability.

Learn more about building offensive teams by checking out our full guide below.
How to Build an Offensive Team | Best Hyper Offense Team 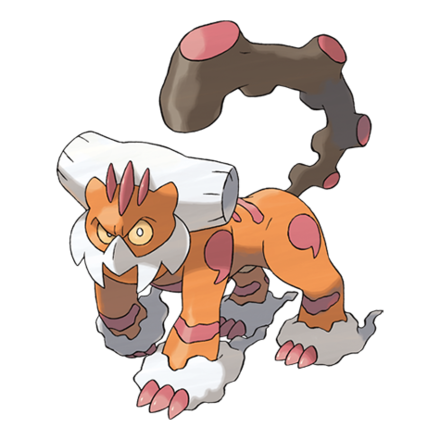 Landorus' main flaw is a 4x weakness to Ice so you should target that. A great pick for checking Landorus is Porygon2 with its Trace ability that allows it to use Intimidate as well, lowering its attack then hitting back with Ice Beam.

Strike Back With Steel/Flying-Type Pokemon

Dual Steel and Flying-type Pokemon are a great match-up against Landorus as they resist or negate many of its attacks. Corviknight and Skarmory are two such Pokemon as they can raise their defense with Iron Defense and keep themselves topped up with Roost.

In order for us to make the best articles possible, share your corrections, opinions, and thoughts about 「Landorus (Therian Forme) - Moveset & Best Build for Ranked Battle | Pokemon Sword and Shield」 with us!