How to Stop Evolution | Pokemon Sword and Shield 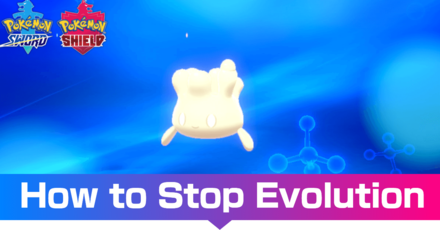 This guide will show you how to stop a Pokemon from evolving and the advantages of doing so in the games Pokemon Sword and Shield.

How to Stop Evolution 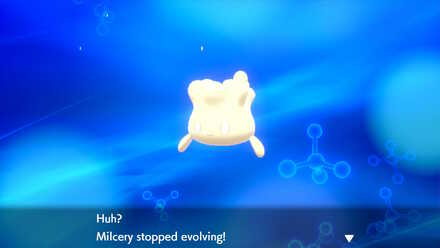 To stop a Pokemon from evolving, all you need to do is wait for the evolution to start, and when the Pokemon is glowing, press the B Button on the Joy-con controller, and your Pokemon's evolution will be immediately stopped.

Be careful, as if you miss this chance to stop the evolution, there will be no way to return the Pokemon to its pre-evolved state.

Learn Moves at an Earlier Level

The advantage of stopping an evolution is that Pokemon can learn moves at a lower level than when evolved. After evolving, Pokemon will often learn the same move at a higher level, or in some cases, they will lose the potential to learn the move at all.

Many Baby Pokemon have exclusive moves which can only be learned at this stage of evolution, so delaying evolution for these Pokemon is recommended if you want them to learn the exclusive moves.

It's Possible to Evolve Later

For example, if a Pokemon which evolves at Level 30 has its evolution stopped, it will attempt to evolve again on reaching Level 31.

In order for us to make the best articles possible, share your corrections, opinions, and thoughts about 「How to Stop Evolution | Pokemon Sword and Shield」 with us!