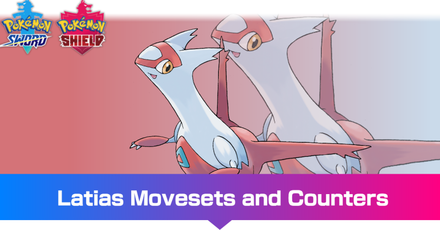 This is a strategy guide for using Latias in competitive play for the games Pokemon Sword and Shield. Read on for tips on the best Nature, EV spreads, Movesets, and Held Items to use with Latias, as well as its strengths and weak points. 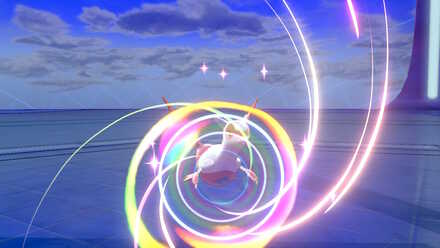 Calm Mind boosts Latias' Special Attack and Special Defense by one stage, and even without offensive investment, allows the Eon Pokemon to hit hard thanks to its naturally high Special Attack. Recover lets it fill the role of a wall effectively, keeping it healthy throughout the battle.

Psyshock is its main STAB move and lets it beat specially defensive walls like Chansey and Blissey by hitting their weaker defensive stat.

It's last move, Mystical Fire, allows Latias to hit Steel-type Pokemon that take little damage from its STAB moves. The move also lowers the target's Special Attack by one stage, giving it some utility against opposing special attackers.

We're using a modified Defensive EV spread for this Latias with full investment in Speed so that it can outpace opposing walls. 236 HP EVs make it as naturally bulky as possible while 20 Defense EVs patch up its relatively lower Defense stat - especially after a Kee Berry Boost.

This build revolves around using Kee Berry. When Latias is hit by a physical move, it's Defense increases by one stage. 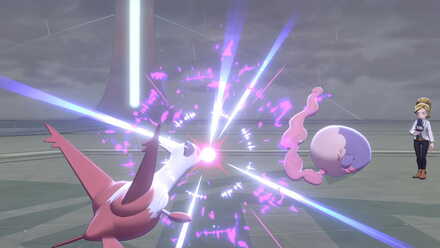 Draco Meteor is Latias' strongest STAB move and gives it great neutral coverage. Psychic is its secondary STAB move and lets it hit Fairy-types for neutral damage, while also threatening Fighting and Poison-types.

It's last move is Trick and allows Latias to shut down walls by giving them their choice item.

Choice Scarf boosts Latias' Speed by 50% but restricts it to using only the first move it used.

Choice Specs is a good alternative for more power, boosting Latias' Special Attack by 50% at the cost using only the first move it used 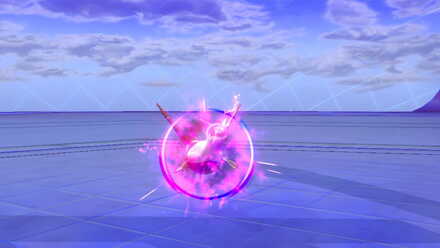 Latias' natural special bulk makes it a great Weakness Policy user. It's best used as the main Dynamax user in the team since the HP boost from Dynamax works well with its naturally high Special Defense.

Draco Meteor is Latias' strongest STAB move and gives it great neutral coverage. Psychic is its secondary STAB move and lets it hit Fairy-types for neutral damage, while also threatening Fighting and Poison-types.

Air Slash is mainly used in Dynamax as it becomes Max Airstream. This move boosts Latias and the rest of its team's speped by one stage. Mystical Fire is its main coverage move, letting Latias hit Steel-types that can easily shrug off its other moves.

We're using a bulkier special attacking EV spread with 156 HP and 244 Sp.Atk EVs, with the remaining 108 EVs are placed in Speed.

This build revolves around Weakness Policy. When hit by a super effective attack, Latias' Attack and Special Attack increases by two stages.

How to Use Latias Effectively

Latias is outclassed by its brother Latios in straightforward offense, so it's best used as a bulkier sweeper - using its great resistance to check Fire/Water/Grass offensive cores to switch in and set up with Calm Mind.

A Special Attacker with Great Coverage

Latias' wide special movepool makes it difficult to check or counter as it has plenty of options in terms of coverage moves. It's great speed and ability to trick its held items to opposing Pokemon also make it difficult for walls to stay in battle with it.

Latias also learns plenty of utility moves that can assist its teammates, such as Healing Wish, Tailwind, and Baton Pass.

How to Build a Team with Latias

Latias faces stiff competition from its brother Latios who not only has a higher Special Attack, but can also run a mixed attacking set. Despite this, it's a more popular Dynamax and Weakness Policy user than its counterpart thanks to its better overall bulk.

Latias is best used as a defensive pivot to differentiate it from its more offensive oriented counterpart. It's best used in a team that's in need of a Fire, Water, Grass, or Electric resist.

Latias is a great partner for Celesteela, as it shrugs off Electric and Fire-type moves directed at the Ultra Beast. Celesteela, in turn, resists and counters Fairy-types that Latias is weak against.

Nidoking fills the role of a Special Attacker for this team, and its great dual STAB allows it to threaten Fairy-types and opposing Steel-types by threatening them with Sludge Wave and Earth Power respectively that Latias and Celesteel have trouble with.

Check out our guide below to learn more about building a defensive team.
How to Build a Defensive Team

Latias's great speed and naturally high bulk make it a great revenge killer with Choice Scarf - especially when partnered with Lead Dynamax Pokemon like Galarian Zapdos that relies on setting up with Max Knuckle.

Swampert is a great defensive partner for Latias. Not only does it distrupt opposing offensive teams with Yawn and Stealth Rock, it can use Flip Turn to pivot to its teammates.

This Latias is best used as a Lead Dynamax user so that it can support its teammates with Max Airstream. The Eon Pokemon's typing synergizes well with Scizor, resisting Fire-type moves it's weak to. Scizor, in turn, makes a great check to Fairy-types thanks to its powerful Steel-type moves.

Clefable fills the role of defensive pivot, but it's main role is passing Wish to its teammates to keep them in good condition. 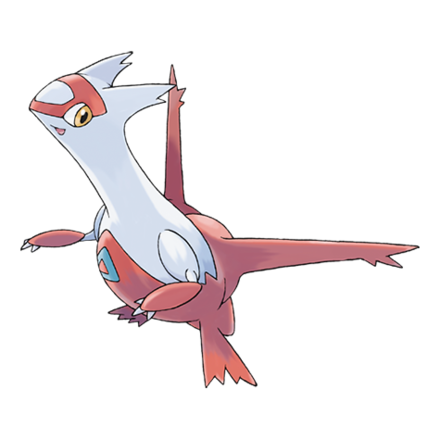 Overpower it with Physical Attackers

Although Latias has a respectable base 120 Defense, the power creep throughout the generations mean that certain physical attackers can easily overpower Latias with their strong super effective physical attacks.

In order for us to make the best articles possible, share your corrections, opinions, and thoughts about 「Latias - Moveset & Best Build for Ranked Battle | Pokemon Sword and Shield」 with us!