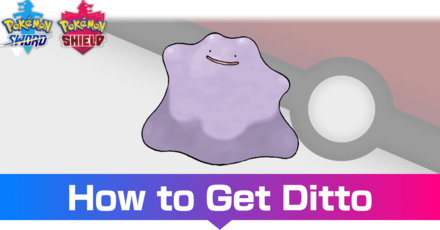 This is a guide to the Pokemon Ditto, including its Learnset and where to find and catch it in Pokemon Sword and Shield. Read on for information on its evolutions, abilities, type advantages, and location.

Ditto is an essential Pokemon for breeding throughout the Pokemon series due to its ability to become a parent to almost any Pokemon, including genderless Pokemon. For more information on how to breed Pokemon using Ditto, check our Breeding & Training Guide below.
How to Train Pokemon Like a Pro

Where to Find and Catch Ditto 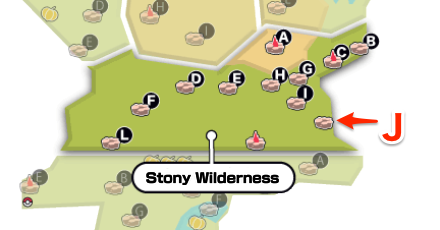 Ditto can be encountered at Max Raids at Den J in Stony Wilderness. This is the only way to encounter Ditto here, and when a thick beam of light is shining from Den J, Ditto will definitely be encountered.

As a Random Encounter at the Lake of Outrage

Ditto will also appear randomly in the wild at the Lake of Outrage. However, its Appearance Rate is low, so it's better to catch Dittos in Max Raids in Stony Wilderness.

If you have the Isle of Armor DLC, Ditto can be found in the wild and at certain Dens in Workout Sea.

How to Catch Ditto

If a red light is not already shining at Den J, players will need to use a Wishing Piece to start a Max Raid and face Dynamax Pokemon there.

Wishing Pieces are available from the Watt Shop for 3000 Watts apiece, and are also available after clearing the Hall of Fame as the initial prize of the Final Tournament in Wyndon.

2. Use the Wishing Piece in the Stony Wilderness 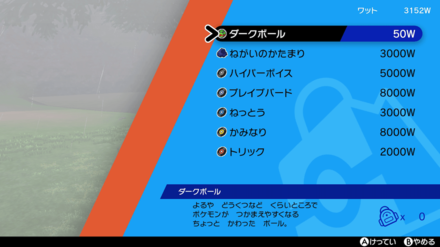 If a thin beam of light comes out, unfortunately, you'll need to use another Wishing Piece on Den J to try for another Ditto.

3. Capture Ditto and check its stats 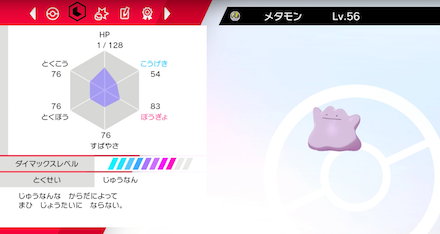 After defeating Ditto in the Max Raid Battle, throw a Poke Ball and catch Ditto. In Max Raid Battles, you can catch Pokemon without having to worry about knocking them out. First of all, check its Ability, Base Stats, and whether it has a Dream Ability or not, and if they don't match your expectations, you'll need to try again by using another Wishing Stone at Den J.

A Ditto with a displayed difficulty level 5 will always have at least 4 max IVs. However, as 4 max IVs is the lower limit for a Ditto useful for breeding high-IV Pokemon, try to push it one step further and shoot for a Ditto with at least 5 max IVs.

How to Check IVs | How to Unlock the Judge Function

Base Stats of Ditto

You can find Ditto in different locations and under several kinds of weathers. Check the tables below for details.

Post (0 Comments)
Opinions about an article or post go here.
Opinions about an article or post
We at Game8 thank you for your support.
In order for us to make the best articles possible, share your corrections, opinions, and thoughts about "Ditto - Evolutions, Location, and Learnset" with us!
When reporting a problem, please be as specific as possible in providing details such as what conditions the problem occurred under and what kind of effects it had.