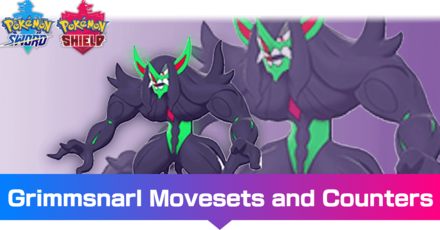 This is a strategy guide for using Grimmsnarl in competitive play for the games Pokemon Sword and Shield. Read on for tips on the best Nature, EV spreads, Movesets, and Held Items to use with Grimmsnarl, as well as its strengths and weak points. 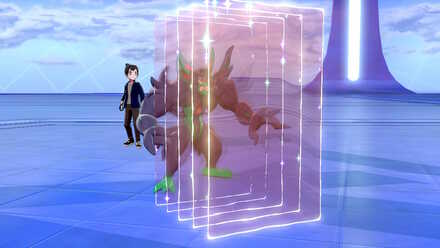 This is the most common Wall Builder set for Grimmsnarl currently found in the metagame.

This set is built around setting up Reflect or Light Screen before its opponent can attack.

Taunt helps prevent the opponent from using their own status moves, while Spirit Break is a damage dealing move that reduces the special attack of its target too. This, together with Light Screen, will make it harder for Special Attackers to plow through Grimmsnarl's team.

This moveset utilizes a standard physically defensive EV spread with max investment in HP and Defense. The remaining stats may be placed into Sp.Def

With its Prankster Ability, Grimmsnarl gets priority for status moves, which is really useful for setting up the fastest screens in the metagame.

Light Clay extends the duration of Grimmsnarl's Reflect and Light Screen from 5 turns to 8 turns. 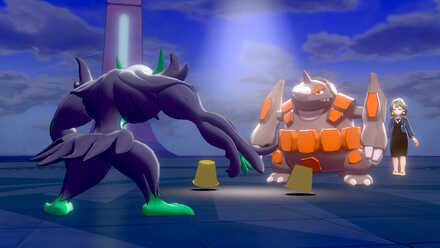 By tricking the opponent to hold Lagging Tail, this moveset can be used to stifle a fast attacker.

This Grimmsnarl has Foul Play and Spirit Break as its main STAB moves. Foul Play lets you use the opponent's Attack stat against them, while Spirit Break whittles down the enemy's HP and their Special Attack stat.

Thunder Wave further cripples enemies by making sure that they aren't only slow, but they'll have a chance to miss a turn due to paralysis.

Grimmsnarl's Ability Prankster allows it to use Trick right off the bat, and switch its item with the opponent's.

The item Lagging Tail causes its holder to move last every turn. By Tricking this item onto the opponent, we're giving your team the advantage of always moving first. This can be especially successful when used against sweepers who rely on speed. 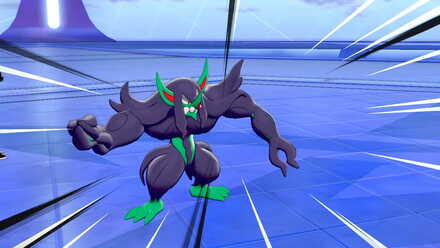 This moveset aims to surprise other wall builders and support Pokemon by employing Taunt. It can be used to corner Pokemon such as Toxapex and Galarian Corsola who rely on Status moves.

Otherwise, this Grimmsnarl has Foul Play and Play Rough as its main STAB moves.

It can also use Substitute to wear down and waste the opponent's Dynamax turns.

This moveset utilizes a standard physically offensive spread with maximum investment in Attack and Speed. The remaining EVs may be placed in HP for additional bulk.

Life Orb gives Grimmsnarl a 30% boost in damage at the cost of 10% of its HP.

Bulk Up Moveset and Best Build 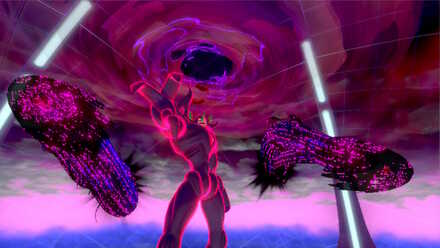 How to Get Gigantamax Grimmsnarl

This Grimmsnarl has Foul Play and Spirit Break as it's main STAB moves. Foul Play lets you use the opponent's Attack stat against them, while Spirit Break whittles down the enemy's HP and their Specail Attack stat.

With Bulk Up, Attack and Defense will remain high, even when not in Gigantamax form.

It can also use Substitute to wear down and waste the opponent's Dynamax turns.

To use G-Max Snooze, place at least one Dark-type Move on Grimmsnarl, and it will change into G-Max Snooze when Dynamaxed.

In its Gigantamax form and with its HP set to an odd number, this build is designed to maximize HP and Attack.

HP is adjusted to an odd number to yield the highest possible value when Dynamaxing. EVs are placed primarily in HP and Attack, with an emphasis on fighting while Dynamaxed. By using Bulk Up, it can boost its Attack and Defense, allowing it to remain useful even after its Dynamax ends.

How to Use Grimmsnarl Effectively

The Ability Prankster allows non-attacking moves to become priority moves, allowing Grimmsnarl to act first to prevent its opponents from doing what they want. It can use Taunt to prevent the use of Status Moves, as well as Trick to switch away its Choice Item and force its limitation on its opponent. To play effectively with Grimmsnarl, you will need to read and control your opponent's movements.

Bulk Up and Fight!

In addition to using status moves to limit your opponent's options, Grimmsnarl can use Bulk Up to power up its Attack and Defense, which Prankster allows it to accomplish before the opponent makes a move. With its already high base stats, Grimmsnarl can build up quickly and take its foes down.

It is recommended to use Pokemon that will utilize the setups Grimmsnarl will make. Thunder Wave, Taunt, or Trick can be used to further help attackers.

Also, it is recommended to set up Reflect and Light Screen to counter Pokemon that are holding Weakness Policy.

How to Build a Team with Grimmsnarl

Take advantage of Grimmsnarl's Thunder Wave, Taunt, Reflect, Light Screen, and Trick moves to give these Pokemon optimal opportunities to build up and attack. With the opponent's potential crippled, switch out to these Pokemon who can use moves to boost their own stats, then Dynamax and rip through opponents before they're able to recover.

Remember that Grimmsnarl is also a powerful attacker, so it's also viable to attack with Grimmsnarl first and wear down the opponent's HP before switching in one of these Pokemon to finish the job.

Zapdos makes a great partner to Cinderace being able to take Ground and Water-tpe attacks that may be aimed at Cinderace. With its Static ability, it also serves the function of a paralysis-spreader that can cripple the offensive momentum of enemy teams. Access to Volt Switch helps Zapdos keep the momentum going into favorable matchups when used properly.

Cinderace's access to Fighting-type moves covers Zapdos' weakness easily. As the main powerhouse of the team, Cinderace should take advantage of boosts from Max Airstream and Max Knuckle to be set up for success.

Grimmsnarl provides great utility for the team. With Reflect and Light Screen up, it can help Cinderace's survivability thanks to the provided defensive buffs. 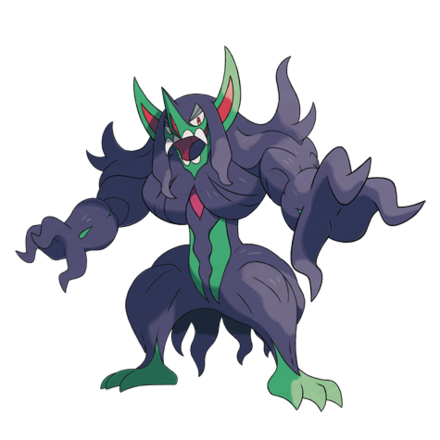 Wall with a defensive Steel-type

Grimmsnarl's primary attacking moves are Sucker Punch and Play Rough, which Steel-type Pokemon can resist. A defensive Steel-type can put Grimmsnarl at a loss for Moves.

With its Dark typing, Incineroar nullifies the effects of status moves boosted by Prankster, like Thunder Wave. Gain an Atk. stat advantage by lowering Grimmsnarl's Atk. with Intimidate, and force it to drop its usual status move runaround and resort to an all-out brawl.

This information assumes that Grimmsnarl is using its Prankster Ability.

You can try out this team to get a feel for using Grimmsnarl together with Durant, or even use it as your go-to team if it fits your play style.
Best Durant Team for Ranked Battle

In order for us to make the best articles possible, share your corrections, opinions, and thoughts about 「Grimmsnarl - Moveset & Best Build for Ranked Battle | Pokemon Sword and Shield」 with us!