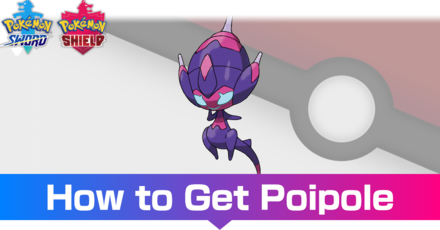 This is a page on the Pokemon Poipole, including its learnable moves and where it can be found in The Crown Tundra DLC for Pokemon Sword and Shield. Read on for information on its evolutions, abilities, type advantages, and location. 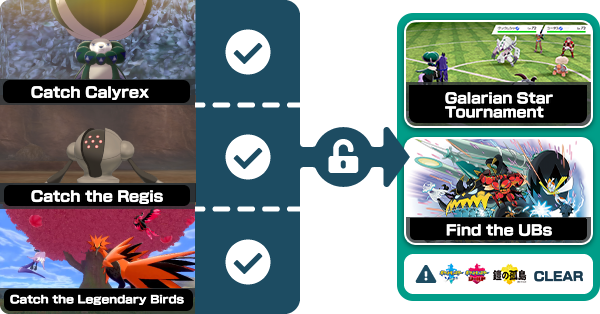 The first step to getting a Poipole in Sword and Shield is completing all 3 Legendary Clues and clearing the Crown Tundra's main story. For those who haven't finished the story just yet, check out our Crown Tundra story walkthrough! 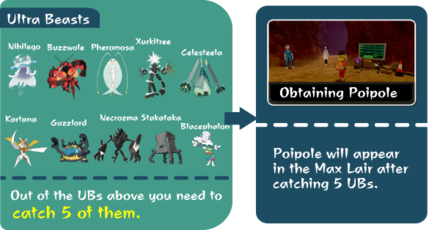 Poipole appears in the Max Lair once 5 Ultra Beasts have been caught through Dynamax Adventures. Once Poipole shows up in the Max Lair, simply speak with it to claim it as your own. Due to how you obtain Poipole, there is no way to utilize Synchronize for your preferred nature, and it is highly likely to be shiny locked.

Do You Need to Catch Necrozma?

There is also a chance that Necrozma is not counted towards the total needed for Poipole to appear. If you've caught 4 UBs and Necrozma but Poipole still hasn't showed up, head back into Dynamax Adventures to catch one more. Keep in mind that transferring Ultra Beasts from Pokemon HOME will not count towards the 5 necessary for it to appear, so you must catch all five in Dynamax Adventures for Poipole to appear.

Register as a member and get all the information you want. (It's free!)
Login
Opinions about an article or post go here.
Opinions about an article or post
We at Game8 thank you for your support.
In order for us to make the best articles possible, share your corrections, opinions, and thoughts about "Poipole - Evolutions, Location, and Learnset | Crown Tundra DLC" with us!
When reporting a problem, please be as specific as possible in providing details such as what conditions the problem occurred under and what kind of effects it had.