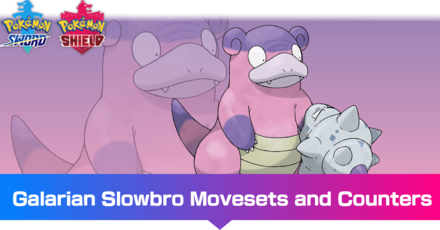 This is a strategy guide for using Galarian Slowbro in competitive play for the games Pokemon Sword and Shield. Read on for tips on the best Nature, EV spreads, Movesets, and Held Items to use with Galarian Slowbro, as well as its strengths and weak points. 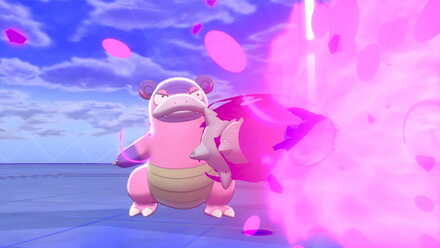 Both Quick Draw and a Quick Claw boosting Galarian Slowbro's chances of acting first can help counteract its low speed stat. While based on luck and RNG, acting first regardless of speed is one of its strong points and can pave the way to victory.

While the exact rate at which Quick Draw activates is currently not clear, if we approximate it goes off 30% of the time mixed with the 20% chance of the Quick Claw, we come out with roughly a 44% chance of acting first in battle.

Can Be Taught Other Moves for Coverage

Teaching Galarian Slowbro Fire Blast will allow it to go up against Steel-type Pokemon who don't have Poison or Psychic weaknesses and increase its overall coverage against a variety of types. Yawn is also helpful in dealing with Dynamaxed Pokemon to waste their turns. 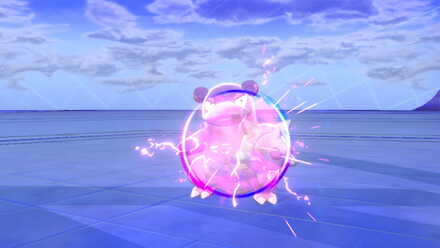 Giving Galarian Slowbro Choice Specs will boost its power by a lot. Combingin Trick Room to increase speed and the Choice Specs for damage, even the most durable of opponents will fall.

With the Regenerator ability, every time you swap the Pokemon out they will heal some HP. Combined with Choice Specs and having to reset what move you want to use they have great compatibility. This can be taken advantage of in matches that involve a lot of switching in and out.

How to Use Galarian Slowbro Effectively

Has a Wide Spread of Attacks

Galarian Slowbro is a Pokemon that can learn many different types of attacks and with Shell Side Arm can even deal plenty of damage to opponents with high SpDef. Galarian Slowbro makes for a good attacker and can deal with a large variety of Pokemon.

While Galarian Slowbro's speed is quite low, its ability, Quick Draw, gives it a chance to act first. Luck and RNG come into play here, but the chance to attack before your opponent makes its low speed less of an issue.

Galarian Slowbro's hidden ability is Regenerator, which revovers 1/3 of its HP when it is withdrawn from battle. This makes it much harder to kill and great for battles where switching between Pokemon is your strategy. 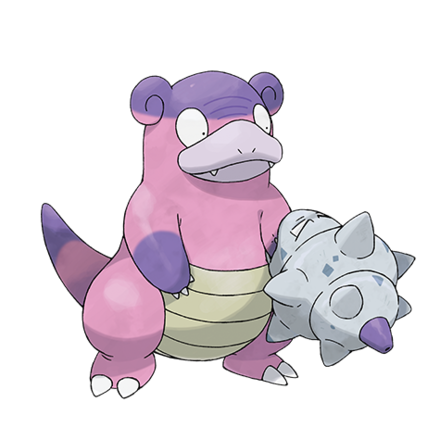 Check it With a Resistant Pokemon

Galarian Slowbro has a difficult time facing against Pokemon that has an immunity or is resistant to one of its moves - especially if it lacks an appropriate coverage move against it.

Post (0 Comments)
Opinions about an article or post go here.
Opinions about an article or post
We at Game8 thank you for your support.
In order for us to make the best articles possible, share your corrections, opinions, and thoughts about "Galarian Slowbro - Moveset & Best Build for Ranked Battle" with us!
When reporting a problem, please be as specific as possible in providing details such as what conditions the problem occurred under and what kind of effects it had.