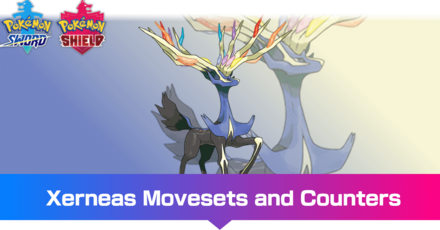 This is a strategy guide for using Xerneas in competitive play for the games Pokemon Sword and Shield. Read on for tips on the best Nature, EV spreads, Movesets, and Held Items to use with Xerneas, as well as its strengths and weak points. 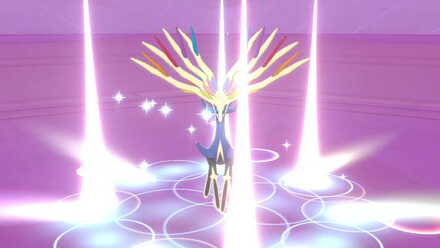 Xerneas is easily one of the best Fairy-type Pokemon available. Without a secondary typing, Xerneas can take advantage of its immunity to Dragon-type moves without worrying about additional weaknesses other than the rare Poison and Steel-type moves.

Xerneas also has access to a stellar stat-increasing move in the form of Geomancy which, when partnered with Fairy Aura, allows it to dish out some of the strongest STAB Fairy-type moves in the game.

Combining this monstrous Special Attack stat with STAB Fairy-type moves such as Moonblast or Draining Kiss, which are then further powered by Fairy Aura, makes Xerneas a threat few can deal with. The former attack can be used to deal raw damage, while the latter can be used as a form of healing.

Thunderbolt serves as a good coverage move for Pokemon who would otherwise resist Xerneas' Fairy-type attacks. It also has the added benefit of a chance to paralyze the opponent.

You can't go wrong with a standard Special Attacking Sweeper spread for Xerneas. This allows you to deal the most damage as fast as possible.

Xerneas' signature ability, Fairy Aura, increases the damage of its Fairy-type attacks. In conjunction with STAB, it almost doubles the Base Power of Xerneas' Fairy-type moves.

Having Xerneas hold a Power Herb allows Geomancy to charge in a single turn instead of two, eliminating the turn of vulnerability that Xerneas would otherwise have without the item.

How to Use Xerneas Effectively

Boost Your Stats With Geomancy

Geomancy nets Xerneas a two-stage boost on its Special Attack, Special Defense, and Speed. Although normally a two-turn move, holding a Power Herb lets it charge in just one.

The Speed boost provided by Geomancy will be another hurdle that enemies have to overcome. Only select Choice Scarf users will be able to outspeed Xerneas, meaning most opponents will have to take the brunt of the Life Pokemon's attacks.

How to Build a Team with Xerneas

A Special Attacker for Offensive Teams

As a Fire-type, Incineroar can be a solid teammate for Xerneas who might struggle facing off against Steel-type Pokemon. Intimidate helps lower the Attack-stat of physical attackers who may wish to prey on Xerneas' physical defense. Incineroar also boasts high offensive stats of its own which works well with this offensive team.

Rillaboom rounds out the team with useful Grass-type coverage and the ability to offer Grassy Terrain for passive healing of the team. With Knock Off, Rillaboom can also cripple enemies who rely on items to succeed.

Xerneas works well with these two starter Pokemon and can also cover their Water and Flying-type weaknesses thanks to its Electric-type coverage. 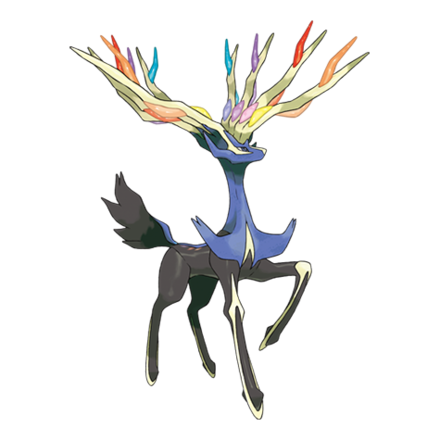 Xerneas has limited options on raising its physical defense outside of Max Steelspike, so attacking with physical moves will be the way to go to wear this Pokemon down.

In order for us to make the best articles possible, share your corrections, opinions, and thoughts about 「Xerneas - Moveset & Best Build for Ranked Battle | Pokemon Sword and Shield」 with us!