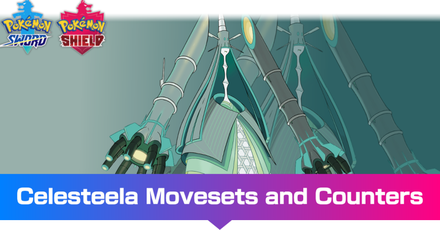 This is a strategy guide for using Celesteela in competitive play for the games Pokemon Sword and Shield. Read on for tips on the best Nature, EV spreads, Movesets, and Held Items to use with Celesteela, as well as its strengths and weak points. 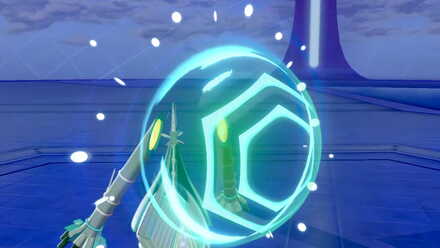 Air Slash is its main STAB move that has a nice 30% flinch rate. This move becomes Max Airstream when using during Dynamax, boosting Celesteela and its teammates speed by one stage.

Substitute protects it from status while Protect lets it stall opposing Pokemon with Leech Seed.

We're using a modified EV spread with full investment in Speed and 244 EVs in HP. The remaining 8 EVs are split to Defense and Special Defense to boosts its overall bulk.

Leftovers provides passive healing and helps it recover HP if it hasn't set up Leech Seed yet. 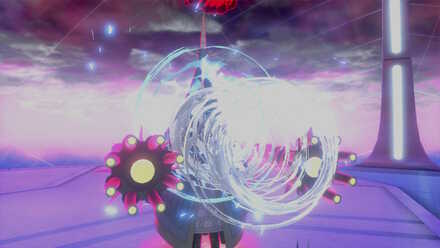 Although better known as a powerful defensive Pokemon, Celesteela can run a special attacking set that will surprise its usual counters and checks! It's natural bulk also makes it a great candidate for Dynamax, turning it into a powerful and bulky sweeper.

Air Slash is its secondary STAB move that has a nice 30% flinch rate. This move becomes Max Airstream when using during Dynamax, boosting Celesteela and its teammates speed by one stage.

It's other two moves are for coverage. Fire Blast hits bulky Grass-types and opposing Steel-types that can wall Celesteela.

We're using a standard special attacking EV spread with full investment in Special Attack and Speed. The remaining EVs are placed in Special Defense to further boost its natural bulk.

Celesteela has three options when it comes to held items.

Weakness Policy is a great item, especially if Dynamaxing Celesteela. With a Dynamax HP boost, it can survive a super effective hit and sweep with its increased special attack stat.

Life Orb is another good held item that boosts the power of Celesteela's moves at the cost of some recoild damage. 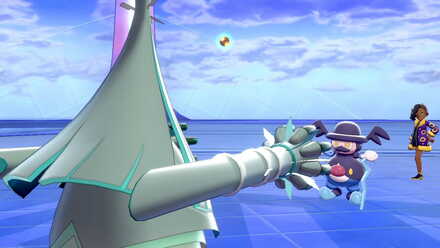 Celesteela is a great choice for mixed defensive wall for your team. Unlike other walls, it can still threaten sweepers and even other defensive Pokemon with its support moves and attacks!

Leech Seed separates Celesteela from other Defensive Steel-type Pokemon, like Corviknight. Not only does this heal Celesteela, it also damages the seeded Pokemon. This move allows Celesteela to threaten opposing defensive Pokemon that would try to setup in front of it.

Substitute protects it from status moves, and with Celesteela's bulk, it won't break easily.

Heavy Slam is its main attacking move. Even without Attack investment, it still hits hard due to Celesteela's weight. Flamethrower is its last move, and allows the Launch Pokemon to threaten opposing bulky Grass-types that are immune to Leech Seed.

244 HP EVs ensures it gets as much healing as possible from both Leech Seed and Leftovers, while 12 Defensve EVs buffs up its naturally high Defense stat.

It's remaining EVs are placed in Special Defense since its Steel typing resists attacking types that are mostly special attacks, such as Fairy, Grass, and Dragon.

Note: With a Sassy Nature, Celesteela's gets a Special Defense boost if its manages to knock out an opposing Pokemon.

Leftovers is the preferred ability for this defensive Celesteela, and provides additional residual healing on top of Leech Seed.

How to Use Celesteela Effectively

A Bulky Sweeper with Great Resistances

Thanks to its great defensive stats and Steel/Flying dual typing, Celesteela is easy to switch in against many common Pokemon in the metagame. It also boasts a great movepool, which means even its usual counters need to be wary of its coverage moves.

A Defensive Pokemon with an Aggressive Playstyle

Celesteela sets itself apart from other defensive Pokemon by going on a more offensive route. Unlike other walls that are stuck using support moves and healing, Celesteela can threaten the same sweepers it walls with its hard-hitting moves. It's also a great answer to stall teams thanks to Leech Seed, preventing the likes of Toxapex, Clefable, and Quagsire from staying in battle against Celesteela.

How to Build a Team with Celesteela

Celesteela's versatility means it can easily fit into many teams, whether it's a Sand-based Weather Team or a Hyper Offensive Team. It's also at home in both Singles and Doubles format and only requires a bit of tweaking with its EVs and move spread to function properly.

A Bulky Sweeper for Hyper Offense

Celesteela is one of the best picks for bulky sweeper in Hyper Offense teams. It's naturally high bulk and great dual-typing means it easily checks common Pokemon used against Offensive Teams, such as the ever common Toxapex + Ferrothorn defensive core. 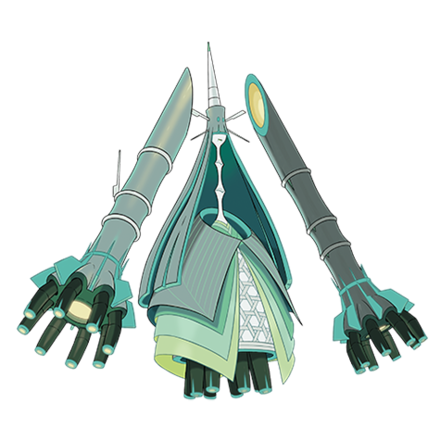 Despite its defensive prowess, Celesteela is still vulnerable to super-effective Fire and Electric-type attacks.

Since Celesteela is mostly a Special Attacker, walling it with Specially Defensive Bulky Pokemon is another way to go. Having a way to lower the opponent's Special Attack is also a good way to cripple Celesteela.

Use Substitute to Set Up or Taunt to Pressure

Celesteela maintains survivability through it's dependence on Leech Seed. Avoiding it with Substitute or Taunt are good options to negate this strategy.

In order for us to make the best articles possible, share your corrections, opinions, and thoughts about 「Celesteela - Moveset & Best Build for Ranked Battle | Pokemon Sword and Shield」 with us!