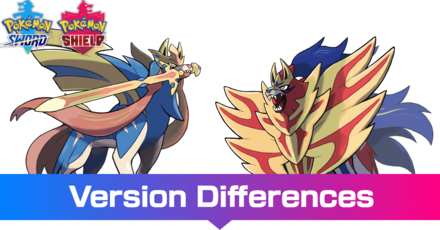 This page explains the differences between the two versions, Pokemon Sword and Shield, including exclusive Pokemon, major character differences, and exclusive items as well as know which version is better.

While the story and gameplay is largely the same in both versions of Pokemon Sword and Shield, there are certain differences between each game, such as the species of Pokemon that will appear, as well as the Gym Leaders.

Certain Pokemon appear exclusively in either Pokemon Sword or Pokemon Shield. This applies to both the base game, as well as the Expansion Pass DLC contents The Isle of Armor and The Crown Tundra.

For a full list of Version Exclusive Pokemon, look no further than our complete guide!

Not to be confused with Version Exclusive Pokemon, the following Pokemon can be obtained in either version, but they have a higher appearance rate depending on the version.

The following Gigantamax Pokemon may be obtained in both versions, but have a higher appearance rate depending on the version.

Depending on your version, the gym leaders for the 4th and 6th gym will be different.

New characters will be arriving from the The Isle of Armor, available in the Expansion Pass DLC.

These rivals are training hard with the hopes of having their own Gym and Stadium.

Specific items are also exclusive to a version.

The only way to get these items is to obtain them from the other counterpart version. Have a Pokemon hold the item and trade the Pokemon.
List of All Items and Effects

You can obtain Fossils by having it dug up by the Digging Duo, a pair of brothers who can dig up rare items. They are found in the Wild Area.

You can obtain all Fossils, but each Fossil's appearance rate depends on your game version.
Learn more about Fossils and how to revive them in our guide!
Fossil Pokemon and How to Revive Them

Which Version is Better 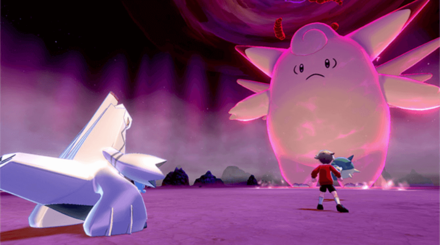 Max Raid Battle is a new feature introduced in Sword and Shield, where the Legendary Pokemon, Zacian and Zamazenta are good to use.

Zacian, specifically, is effective in Max Raid Battles because of its high Attack stat; it can do a huge deal of damage to Dynamaxed Pokemon.

If you want to quickly and effectively do Max Raid Battles, go for Pokemon Sword to get Zacian.

To Get Dracovish, Get Pokemon Shield

Dracovish is a strong Pokemon that can be revived with Fossilized Fish and Fossilized Drake, both of which have a higher chance of appearing in Pokemon Shield. It is recommended to get this version if you want this Pokemon.

The Choice is Up To You!

Although there are differences and recommendations, you can still enjoy the game and story whichever version you choose.

You can also have a friend get the other version, and complete the Dex through Trading!

Post (0 Comments)
Opinions about an article or post go here.
Opinions about an article or post
We at Game8 thank you for your support.
In order for us to make the best articles possible, share your corrections, opinions, and thoughts about "Pokemon Sword vs Pokemon Shield: Version Differences" with us!
When reporting a problem, please be as specific as possible in providing details such as what conditions the problem occurred under and what kind of effects it had.