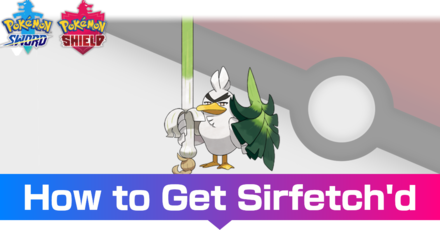 This is a page on the Pokemon Sirfetch'd, including its learnable moves and where it can be found in Pokemon Sword and Shield. Read on for information on how to evolve Farfetch'd to Sirfetch'd, as well as its abilities, type advantages, and location.

How to Evolve Galarian Farfetch'd into Sirfetch'd

Get 3 Critical Hits in one battle 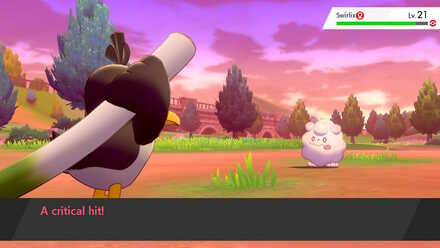 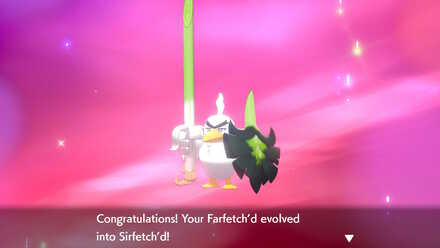 The chances of getting 3 critical hits in one battle are usually extremely rare. However, there are a few techniques players can use to increase their odds dramatically.

Catch a Galarian Farfetch'd with Leek 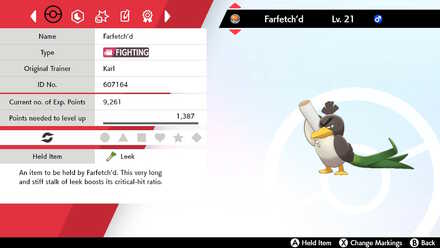 The Focus Energy TR can be found in Motostoke near the entrance to the city. This move will provide a two-stage critical-hit ratio boost, so teaching it to Galarian Farfetch'd is another useful way to quickly evolve it.

Dire Hit is an item which will boost a Pokemon's critical hit ratio in battle by two stages. Just using this item once will provide Galarian Farfetch'd with the same critical hit boost as the Leek or Focus Energy.

Stack the techniques above

These effects can also be stacked to further increase its odds. For example, a Galarian Farfetch'd with Leek and Focus Energy will have a four-stage boost, equivalent to a 100% critical-hit ratio. Note that the effects of Focus Energy and Dire Hit do not stack with each other.

Post (0 Comments)
Opinions about an article or post go here.
Opinions about an article or post
We at Game8 thank you for your support.
In order for us to make the best articles possible, share your corrections, opinions, and thoughts about "Sirfetch'd - Evolutions, Location, and Learnset" with us!
When reporting a problem, please be as specific as possible in providing details such as what conditions the problem occurred under and what kind of effects it had.