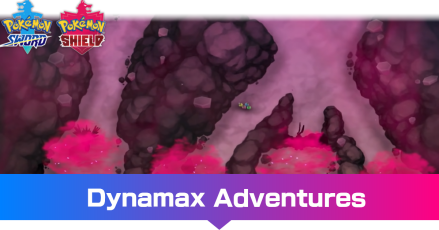 This page contains information on the new Dynamax Adventures that players can undertake in The Crown Tundra DLC for Pokemon Sword and Shield. Read on to learn all the information we have for this new feature.

Keep the rules above in mind when you enter the Max Lair on your Legendary Pokemon hunt, and make sure to check out our other tips and advice.

What Happens if You Don't Catch the Legendary Pokemon

Even if you do any of the above, don't worry! You will be allowed to try the same Dynamax Adventure again to catch the same Legendary. This might be the best way of getting shiny versions of the Legendary Pokemon, so keep it in mind!

Switch Out Pokemon after Battles 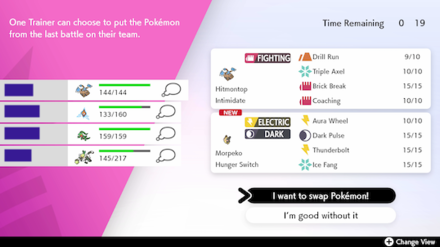 Your goal is to have Pokemon that are strong against the Legendary Pokemon, so swap to the Pokemon you encounter on the way if their types are better. When playing alone, the NPC characters will often take the Pokemon you find if you don't. 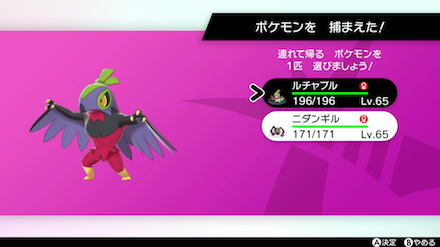 There's a high chance that shiny Pokemon are easier to find in the Dynamax Adventures than normal. We managed to find the shiny Hawlucha above on our second run, and have gotten reports of players catching shiny Suicune as well!

You can't see if the Pokemon is shiny in battle

While you fight the Pokemon they will always have their normal color, so you won't know if they are shiny until you catch them. Check all the Pokemon you caught before you decide what Pokemon to bring back with you! 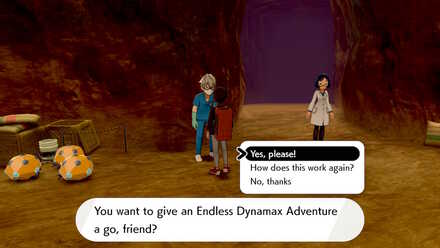 In Endless mode, you continue to fight Pokemon until your party dies 4 times or spend 10 turns in a battle. You can't bring any Pokemon back with you from this mode, but in return you get large amounts of Dynite Ores. If you are hunting for Dynite Ores, this is the best way to get them! 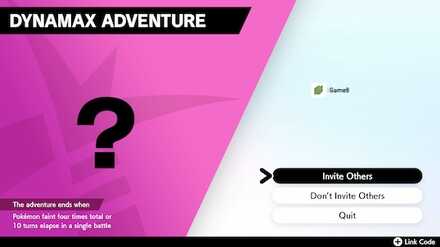 Dynamax Adventures are quite tough and seemed to be geared towards multiplay, so we strongly recommend clearing them with other players.

How to Play with Other Players

To play with other players, follow the instructions above. If you want to play with friends, press the + Button before inviting others to create a link code you can share.

Select Pokemon Based on Moves 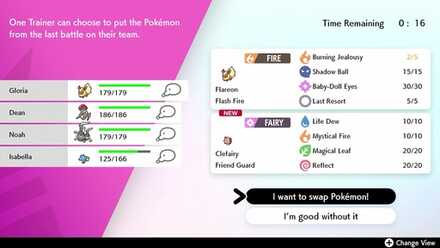 The strength of a Pokemon is of course important, but what you really want to look out for when choosing and swapping Rental Pokemon is their Moveset. For example, Seismitoad is a strong Pokemon, but the Rental version doesn't know any moves of it's Type and none of the Moves it does know are very useful.

In cases like the example, it's better to choose a Pokemon with a better Moveset, even if it's a lower evolution.

Aim for Pokemon Strong Against the Legendary Pokemon 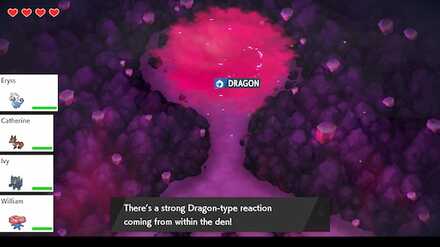 When you begin a Dynamax Adventure, you can see the Type of the Legendary waiting at the end. Use this information when you plan your route, and try to catch and use Pokemon that are strong against that type!

Get Help from NPCs and Items 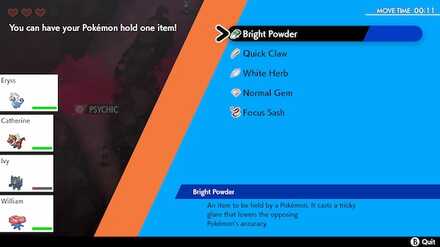 If you are struggling, we recommend getting help from the various people and items found during the Adventure. Keep in mind that Held Items will remain even if you change your Pokemon and try to pick an item that will be good in several situations.

The Party Leader Set the Legendary

The Legendary Pokemon can only be decided by the party leader. If you are aiming for a specific Pokemon, make sure you enter the Adventure after your party leader.

Legendary Pokemon Can Only be Caught Once

If you have caught a Legendary Pokemon and enter and Adventure for it again, you won't be able to catch it. For the party leader, a message will pop up saying you are unable to catch it, and for the other party members the Pokemon will simpl run away.

Pokemon Go to the Quickest Player 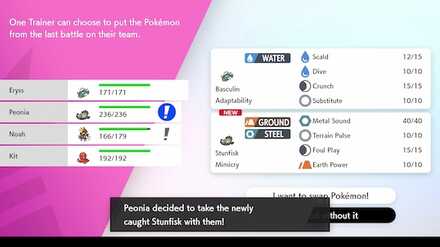 When you catch a Pokemon, the player who first press to swap will get it. If you are able to talk with the other players you can plan out who should have it, but generally try to avoid button mashing on the selection screen.

Dynite Ore Bonus for Playing with Others 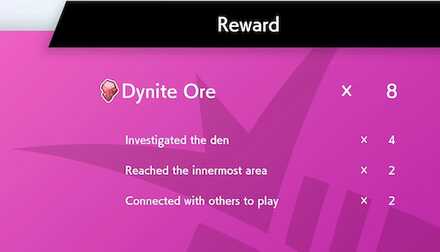 You get bonus Dynite Ores for playing with others, so if you want to get as many Ores as possible you should play online or with friends.

Many Legendary Pokemon from previous generations now have a chance of appearing in the Dynamax Adventures, along with Ultra Beasts.

Note: While some of these are version exclusives you can still join Adventures for all of them online, no matter what version you're using.

Available in Both Versions 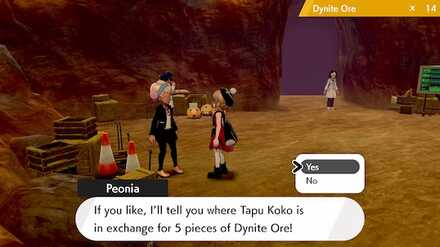 Peonia will give you one-time offers where she will teach you the location of a Legendary Pokemon in return for 5 pieces of Dynite Ore. If you're looking for a specific Pokemon, Peonia might be the easiest way to find it! However, she will only teach the location of Pokemon available in your Version.

First Legendary will Always be Suicune 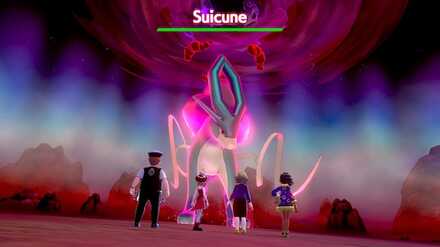 The Dynamax Adventure you go through first will always have Suicune waiting at the end. You don't have to catch or defeat it to continue the story!

We have gotten comments that playing online resulted in a different Legendary, even on the first run. As such, we recommend playing without going online or inviting others if you want to get Suicune first! 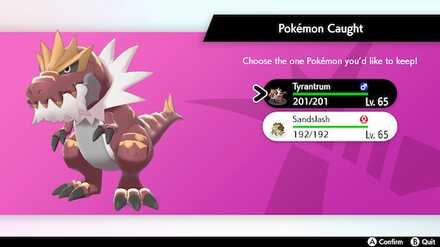 Even if you fail, you get to keep one of the Pokemon you caught during the Adventure. This includes the Legendary, however, so make sure you don't accidentally choose the wrong Pokemon in the end!

Whether you clear or fail your Dynamax Adventures, you will always get a reward of Dynite Ores. The rewards seem to vary from 1 to 13, with the latter being the maximum.

Get a Maximum of 13 Dynite Ores 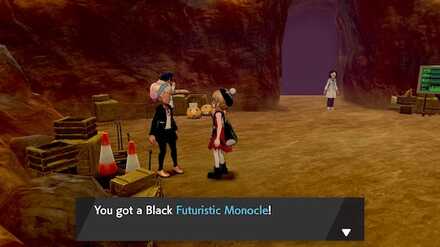 On top of her offers to show you where specific Legendary Pokemon are hiding, Peonia will also give you clothing items she finds during her own Dynamax Adventures!

Where do You Start Dynamax Adventures? 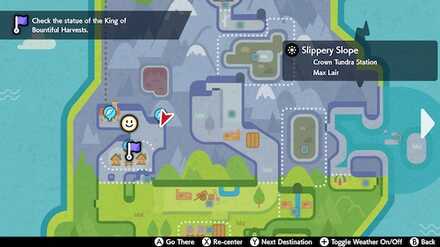 After getting to the Crown Tundra Station and fighting Peony for the first time, follow him almost straight down the slope to find the Max Lair. After visiting once, you will unlock the Flying Taxi service and become able to go there directly!

How to Start a Dynamax Adventure 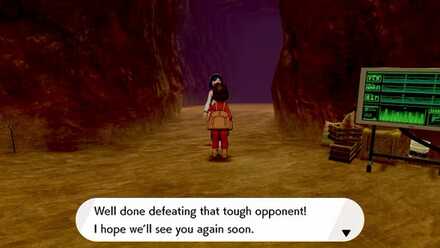 You can start a Dynamax Adventure by talking to the scientist in the Max Lair Lobby.

Is the Crown Tundra DLC Necessary?

Dynamax Adventures are a new feature added in the Crown Tundra DLC, but it's not yet clear if people who have not purchased the DLC can participate. We believe it is required, but we'll let you know as more information gets revealed!

What are Dynamax Adventures?

Take on the Dynamax Burrows with a Four-Man Group! 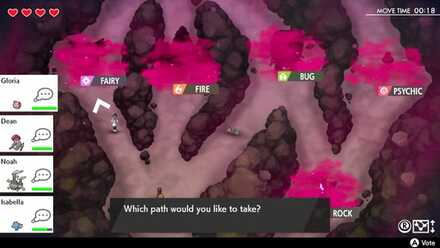 Dynamax Adventures are a new feature where four trainers work together to navigate the burrows that Dynamax Pokemon make their home.

Dynamax Adventures force players to decide between branching paths and which Dynamax Pokemon they'll battle next. Although the next Pokemon is obscured by shadows, you can see a rough outline and what type they are.

If you play with others, a hidden majority vote on which path to travel will take place.

Face off against Dynamax Pokemon in a Raid Battle 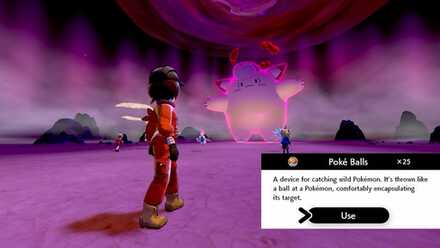 Players will encounter Dynamax Pokemon along the way, forcing them into a Raid Battle similar to a normal Max Raid Battle.

You Restart from the Beginning if you Lose a Battle!

Your team will be blown to the entrance of the burrow if you lose a raid battle, forcing you start from the beginning!

In order for us to make the best articles possible, share your corrections, opinions, and thoughts about 「Dynamax Adventures | The Crown Tundra DLC - Pokemon Sword and Shield」 with us!