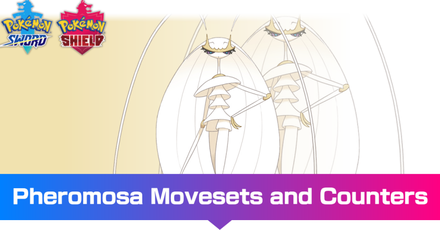 This is a strategy guide for using Pheromosa in competitive play for the games Pokemon Sword and Shield. Read on for tips on the best Nature, EV spreads, Movesets, and Held Items to use with Pheromosa, as well as its strengths and weak points. 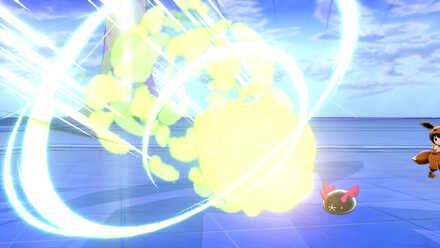 Pheromosa remains the most effective mixed attacker in the metagame, and is one of the few physical attackers that don't fear Landorus. Although it's a glass cannon at best, it's a Pokemon that can easily sweep teams if left unchecked.

This build takes advantage of its high Speed to set it up as an attacker. With its new Tutor Move Triple Axel, it's able to break through Focus Sash to KO Landorus-Therian, and can even KO Dragonite with the Multiscale Ability.

It's best to go for the full 252 EVs in Speed to avoid being outsped by Dragapult, which falls shortly behind in base Speed.

Life Orb boosts the power of Pheromosa's moves by 30% at the cost of some residual damage. 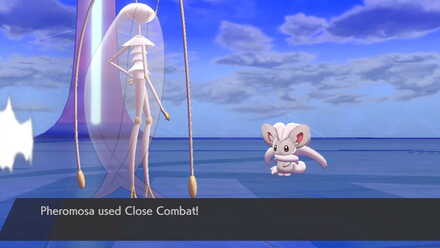 On top of an already sky-high base Speed of 151, it can push itself even higher with the Choice Scarf. This allows it to act as a counter for opponents which have boosted their Speed with Max Airstream.

How to Use Pheromosa Effectively

With its great mixed attacking stats and high speed, Pheromosa is meant to be played in Hyper Offense teams where it fills the role of an offensive pivot. It's low defenses holds it back a little, but with the right team support, it can sweep teams easily with its STAB and coverage moves.

How to Build a Team with Pheromosa

While Pheromosa is a terror in the Singles format, it's in Doubles where it can unleash its full potential when partnered with a teammate that can cover its main weakness - priority moves.

Although Pheromosa can be partnered with Tapu Lele as well, Indeedee provides vital redirection support with Follow Me. 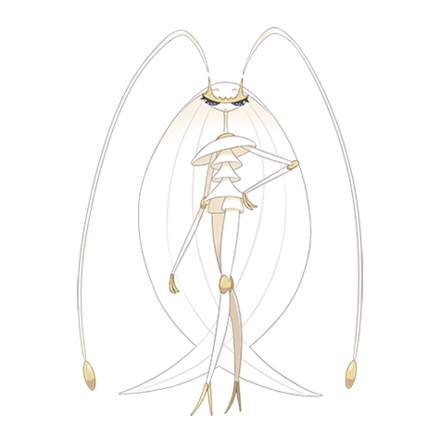 Counter it with a Defensive Pokemon

Despite its offensive prowess, Pheromosa has trouble handling especially defensive Pokemon. These Pokemon can often retaliate with a move that can cripple or heavily damage it.

Threaten it with Priority Moves

Pheromosa's low defenses means it's very susceptible to getting driven off or outright KO'd by a Pokemon with a priority move.

Check it with a Faster Pokemon

Pheromosa's oppresing presence as an offensive pivot means it's often best checked with a Pokemon that can get a free switch into it. These checks can then threaten Pheromosa and potentially KO it if it decides to stay.

In order for us to make the best articles possible, share your corrections, opinions, and thoughts about 「Pheromosa - Moveset & Best Build for Ranked Battle | Pokemon Sword and Shield」 with us!