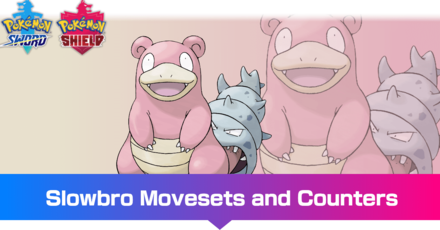 This is a strategy guide for using Slowbro in competitive play for the games Pokemon Sword and Shield. Read on for tips on the best Nature, EV spreads, Movesets, and Held Items to use with Slowbro, as well as its strengths and weak points. 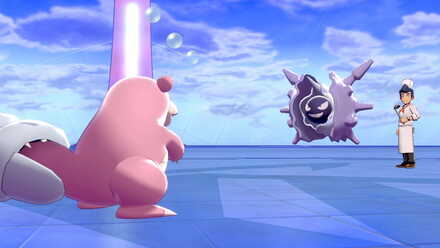 Slowbro's flagship defensive set is as effective as ever. Its dual typing gives it key resistances to common Fighting, Fire, and Water-types that fill the metagame, and its reliably recovery and great Ability mean it can easily recover lost HP by just switching out!

Scald is Slowbro's main STAB move and has a 30% chance to inflict a burn, further boosting Slowrbo's physical bulk. Psychic is its secondary STAB and is useful for hitting Poison-types such as Toxapex that tend to invest in Defense.

Slack Off is its recovery move and is what separates Slowbro from defensive pivots such as Landorus. With this move, Slowbro can stay in battles longer instead of switching out.

Trick Room is its last support move and is mostly used to flip the momentum against fast attackers.

We're using a standard defensive EV spread with 244 HP EVs and full investment in Defense to make Slowbro as bulky as possible.

The remaining 12 EVs are invested in Sp.Atk so that Slowbro can still hit hard with its dual STAB.

Regenerator
Leftovers is Slowbro's best Ability. When it switches out of the battle, it restores 1/3 of its maximum HP.

Rocky Helmet causes opponents that hit it with a contact move to receive recoil damage.

Leftovers, on the other hand, provides Slowbro passive healing at the end of every turn that further boosts its survivability.

How to Use Slowbro Effectively

A Defensive Pokemon with Great Recovery

It also has great survivability, with access to both *reliable recovery in Slack Off and Regenerator.

Slowbro has an expansive movepool that includes many support moves that can turn the tide of the battle. It can function as a Trick Room setter, a phazer with Yawn, or a dual status spreader with Thunder Wave and Scald.

How to Build a Team with Slowbro

Slowbro is easy to fit into many teams, but is mostly used in defensive and Trick Room teams. It's also a common choice for more balanced teams that rely on a Grass-Fire-Water core.

Slowbro's main role is that of a physical damage sponge, switching into physical attacks and spreading status effects with its utility moves. It's a common choice for Defensive Teams that require a Fighting-type resist.

Slowbro's main role in this team is that of a physical wall that covers its partners' weaknesses.

Both Bisharp and Blissey are weak to Fighting-type moves which Slowbro comfortably shrugs off with its Psychic typing and recovery.

Bisharp, on the other hand, easily covers Slowbro's Dark-type weakness while Blissey's massive Sp.Def stat lets it shrug off special Grass, Ghost, and Electric-types directed at the Hermit Crab Pokemon. 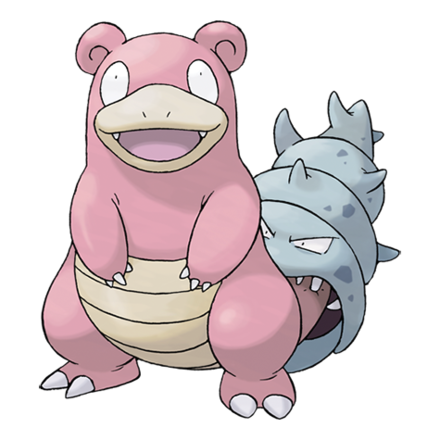 Although Slowbro is well known for its physical bulk, its 80 Base Special Defense stat means it's easily worn down by special attacks.

Pokemon that can take advantage of Slowbro's Ghost, Dark, Electric, and Grass-type weakness and target it at its weaker Special Defense can easily take it.

Post (0 Comments)
Opinions about an article or post go here.
Opinions about an article or post
We at Game8 thank you for your support.
In order for us to make the best articles possible, share your corrections, opinions, and thoughts about "Slowbro - Moveset & Best Build for Ranked Battle" with us!
When reporting a problem, please be as specific as possible in providing details such as what conditions the problem occurred under and what kind of effects it had.