This is a list of moves usable moves in the game Pokemon Sword and Shield. Read on to find out the Power, PP, Effect, and Accuracy for every attack and move!

All Pokemon moves are classified into one of eighteen types. Click one of the types below to see all moves of that type.

Moves which calculate damage based on the user's Attack stat and the opponent's Defense stat are called Physical moves.

On the other hand, moves which calculate damage based on the user's Special Attack stat and the opponent's Special Defense stat are called Special moves.

Moves which have a non-damaging effect are called Status moves. 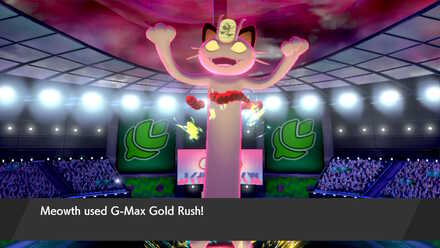 How to Learn Rare Moves

Egg Moves are special moves which can only be learned by breeding Pokemon. Check out our full guide on breeding for Egg Moves below. 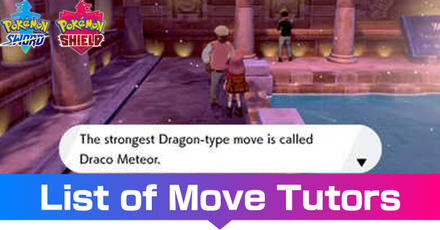 Characters called Move Tutors, who can teach your Pokemon exclusive moves, are scattered around the map. Take a look at our full list of Move Tutors, and which Pokemon can learn their moves.

Register as a member and get all the information you want. (It's free!)
Login
Opinions about an article or post go here.
Opinions about an article or post
We at Game8 thank you for your support.
In order for us to make the best articles possible, share your corrections, opinions, and thoughts about "List of Moves" with us!
When reporting a problem, please be as specific as possible in providing details such as what conditions the problem occurred under and what kind of effects it had.