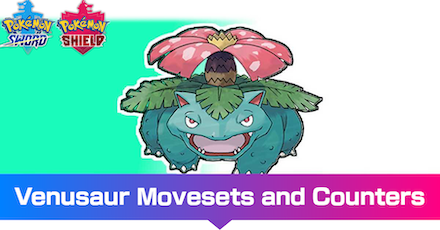 This is a strategy guide for using Venusaur in competitive play for the games Pokemon Sword and Shield. Read on for tips on the best Nature, EV spreads, Movesets, and Held Items to use with Venusaur, as well as its strengths and weak points. 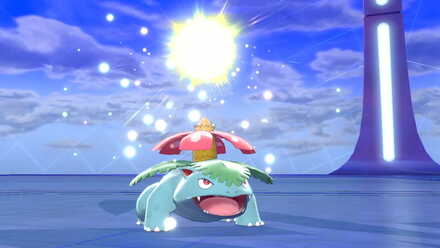 This build of Venusaur is based around setting up Sunlight and running with it.

It's recommended to use this build together with a Pokemon with the Ability Drought, which changes the weather to Sunlight.

Solar Beam and Sludge Bomb serve as Venusaur's main STAB-moves. Especially useful in sunlight, Solar Beam will fire off in one turn instead of two.

Sludge Bomb also serves as Venusaur's access to Max Ooze which gives it a chance to raise its Special Attack.

Earth Power serves as a reliable coverage move that can be used against Steel-types who may otherwise wall Venusaur's STAB moves.

Finally, Weather Ball can catch some enemies off guard as, in sunlight, Weather Ball becomes a Fire-type move which can be useful when Venusaur is against other Grass-types.

This moveset utilizes gives Venusaur max investment in Special Attack to maximize damage. Venusaur can also give up some Speed EVs and transfer it to HP since it will double it's speed in the sun anyway.

With its Ability Chlorophyll, its Speed is doubled in Sunlight, allowing it to move even faster than a Togekiss with max Speed EVs and Nature with one Max Airstream under its belt.

Life Orb gives Venusaur a bit more oomph in it's attacks at the expense of some HP. If Grassy Terrain is up, it can help mitigate some of the damage lost from Life Orb. 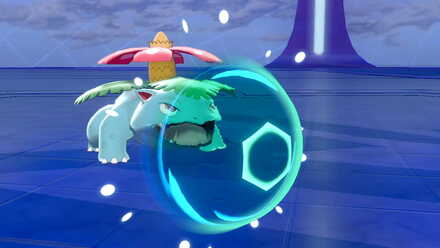 This moveset revolves around Venusaur being a Sp.Def wall that stalls out the enemy with Toxic. Venusaur remains healthy enough thanks to Giga Drain and Protect. Sludge Bomb is here as an alternative STAB move since Giga Drain has limited PP.

To maximize bulk, this moveset utilizes a standard specially defensive bulky spread with maximum investment in HP and Sp.Def. The remaining EVs may be placed in Sp.Atk.

As a poison type, Venusaur benefits from recovery provided by Black Sludge which is twice as much than Leftovers.

How to Use Venusaur Effectively

Made for the Sunlight

Unlike its powerful predecessor Mega Venusaur, this generation should see it take advantage of Chlorophyll to become a big-gun attacker. With doubled Speed in Sunlight, it can move first almost always. And as its base Special Attack and Special Defense are high, it can hold its own when the bullets start flying.

Take advantage of its G-Max Move

How to Build a Team with Venusaur

Venusaur's ability Chlorophyll allows it to fill the role of a fast and naturally bulky sweeper in the Sun.

It's secondary Poison typing also gives it an advantage against other Sun sweepers, such as Shiftry, as it can hit other Grass-type Pokemon for super effective damage with its STAB Sludge Bomb.

Check out our article below to learn how to build a Weather Team for competitive battle. 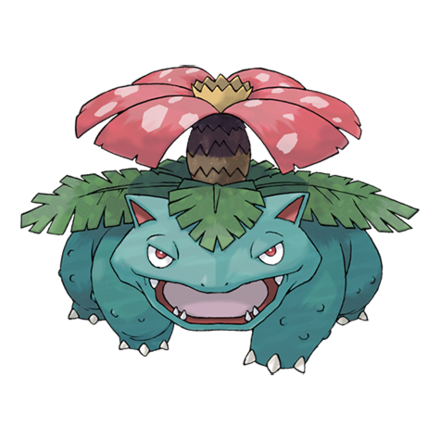 Capitalize on its Flying-type weakness

Since Venusaur doesn't have anything to deal super effective damage to Flying-types, it can be a good opportunity for others to set up Max Airstream against Venusaur.

Bring in other type-advantaged Pokemon

Although the Grass/Poison type combination has 6 resistances, it can't be said to be highly defensive in the current metagame. When it's up against one of its many foes, taking out Venusaur isn't a tough feat.

In order for us to make the best articles possible, share your corrections, opinions, and thoughts about 「Venusaur - Moveset & Best Build for Ranked Battle | Pokemon Sword and Shield」 with us!