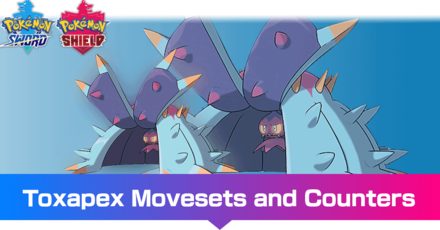 This is a strategy guide for using Toxapex in competitive play for the games Pokemon Sword and Shield. Read on for tips on the best Nature, EV spreads, Movesets, Builds, and Held Items to use with Toxapex, as well as its strengths and weak points.

How to Learn Toxapex's Egg Moves 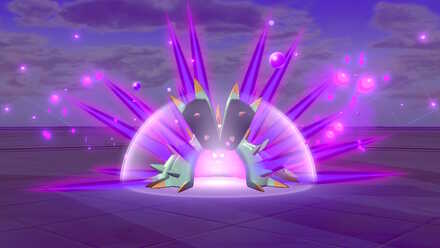 This set takes advantage of Toxapex's high Defense, allowing it to take heavy attacks from Physical attackers. By inflicting status conditions that wear down the opponent's HP with Scald and Baneful Bunker, it can use Recover to restore its HP, so as long as the opponent is unable to deal more damage in a single attack than the amount healed by Recover, Toxapex can continue stalling and withstanding hits.

How to Use Toxapex Effectively

With Toxapex's high Defense, it's an ideal wall for Physical attackers. Although its Attack and Special attack are low, it's able to inflict status effects with moves like Scald and Toxic, so you'll hardly worry about its low attacking stats while it takes down foes.

The cornerstone of the Defensive loop

This Pokemon serves as a key axis in a Defensive loop strategy, which focuses on sending in Defensive Pokemon to take hits and waiting until the situation turns advantageous. With its ability Regenerator, allowing it to restore HP every time it's withdrawn, Toxapex is able to consistently maintain high HP even after being sent into battle multiple times. 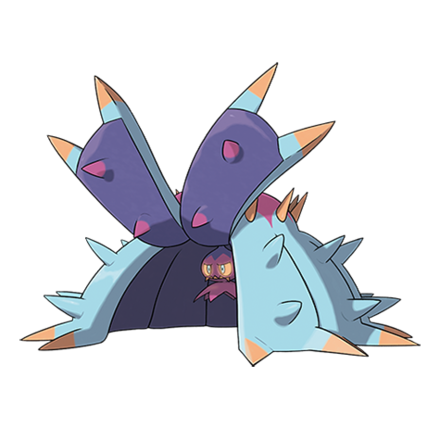 Toxapex is typically used as a Physical Defender. This leaves an opening for opponents attack with Special moves to deal big damage.

Stifle its movements with Taunt

As Toxapex relies heavily on status moves, Taunt will render it largely unable to fight back.

In order for us to make the best articles possible, share your corrections, opinions, and thoughts about 「Toxapex - Moveset & Best Build for Ranked Battle | Pokemon Sword and Shield」 with us!