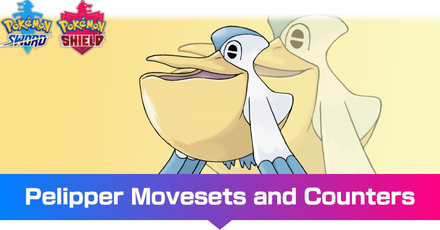 This is a strategy guide for using Pelipper in competitive play for the games Pokemon Sword and Shield. Read on for tips on the best Nature, EV spreads, Movesets, and Held Items to use with Pelipper, as well as its strengths and weak points. 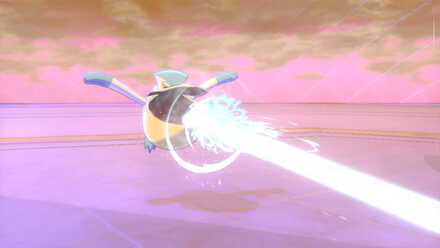 Since getting Drizzle in Generation VI, Pelipper has served as the premiere rain setter for Rain teams thanks to its great bulk, reliable recovery, and access to many support moves.

Scald allows Pelipper to threaten physical attackers with a burn and hits hard coming from its respectable base 95 Special Attack, while U-Turn allows it to quickly pivot to another Pokemon without wasting a turn.

Roost is Pelipper's main mode of recovery that removes Flying-type on the turn it's used. This can work to your advantage or disadvantage as it makes Pelipper weak to Grass-type moves, but also allows it to better handle Electric-type moves.

Knock Off is Pelipper's final support moveand allows it to threaten opposing walls such as Chansey and Porygon2 who rely on items such as Eviolite.

We're using a standard defensive EV spread with full investment in HP and Defense that allow Pelipper to withstand physical hits better. The remaining 4 EVs are allocated to Special Defense to give its mediocre Special Defense a slight boost.

Drizzle is Pelipper's best ability. It sets up rain for exactly five turns. 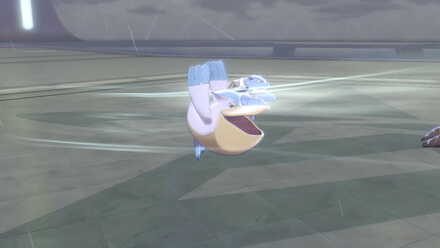 This Pelipper functions as a more offense-oriented speed lead in Doubles, while still sporting some great group utility with its other moves.

Tailwind is Pelipper's most important move, doubling it and its teammates speed for 4 turns. Hurricane is its main STAB move and has perfect accuracy in Rain. It also has a 30% chance to confuse the target.

U-Turn allows Pelipper to quickly pivot from the battle and into a teammate that can take advantage of Rain. It's final move, Soak, allows it to counter opposing Weather Setters like Tyranitar - turning them into a Water-type Pokemon so that they can't take advantage of the Special Defense boost from Sandstorm.

We're using a more offense-oriented EV spread with full investment in Special Attack and Speed. The remaining 4 EVs are allocated to Defense to boost its natural bulkiness

Drizzle is Pelipper's best ability. It sets up rain for exactly five turns.

Pelipper faces stiff competition from faster Tailwind setters like Noivern. With Choice Scarf and a Timid Nature, Pelipper can set up Tailwind first before the opposing speed lead!

How to Use Pelipper Effectively

Although Pelipper can fill the role of both an offensive and defensive-oriented Pokemon, it's main role is that of a Rain setter. As such, it's vital to keep it healthy throughout the match so that it can set up Rain again when it runs out the first time.

How to Build a Team with Pelipper

Pelipper is an integral part of Rain Teams and fills the role of the Rain Dance Lead. Since battles last more turns in Singles, Pelipper leads in that battle format are often played defensively as its ability to immediately set up Rain is integral to the rest of the team.

Check out our guide below to learn more about leads in Weather Teams.
How to Build a Weather Team

A Speed Lead in Doubles

In Doubles, Pelipper most attractive traits are its ability to use Tailwind in conjunction with Rain Dance. Matches in Doubles often last lest turns, so Pelippers used in this battle format are played more aggressively.

Access to U-Turn also makes Pelipper a good partner to Weakness Policy Pokemon weak to Bug-type moves, such as Alakazam and Starmie; with the latter taking advantage of the Water-type boost from Pelipper's Drizzle ability. 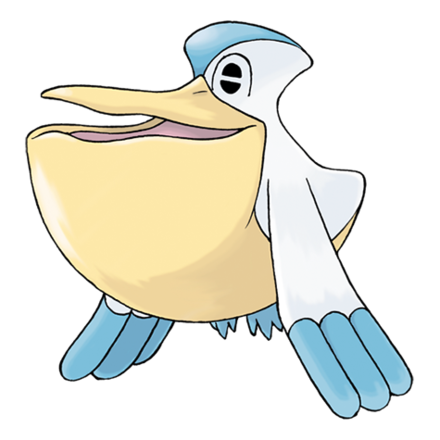 Use a Slower Weather Setter

When two weather setters are sent out at the same time, the slower Pokemon's weather-inducing ability activates last. This means their weather stays at the end of the turn.

Even with Choice Scarf, Pelipper loses against speed leads that have priority-boosted Tailwind.

In order for us to make the best articles possible, share your corrections, opinions, and thoughts about 「Pelipper - Moveset & Best Build for Ranked Battle | Pokemon Sword and Shield」 with us!