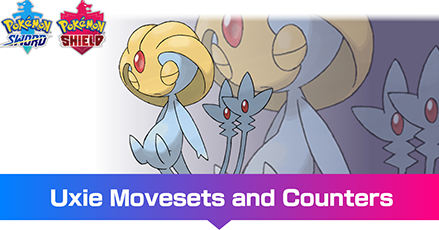 This is a strategy guide for using Uxie in competitive play for the games Pokemon Sword and Shield. Read on for tips on the best Nature, EV spreads, Movesets, and Held Items to use with Uxie, as well as its strengths and weak points.

Stealth Rock is Uxie's main support move and is invaluable in balanced teams so that Uxie's teammates can reach KOs with their moves. It also deters the opponent from switching out, especially if the opposing Pokemon is weak against the Rock-type move.

Yawn is its secondary support move and forces opponents to switch or fall asleep on the next turn. It's best used after laying down Stealth Rock so that Uxie can essentially phaze the opposing Pokemon and rack up entry hazard damage.

Psyshock is its only STAB move and is mostly used so that Uxie can take on opposing defensive Pokemon, specifically Chansey and Blissey by targeting their weaker Defense stat. U-Turn is its last move and allows Uxie to pivot to the next Pokemon after setting up Stealth Rock and spreading Yawn.

We're using a standard Defensive EV Spread with full HP and Defense investment and a Bold Nature to give Uxie as much physical bulk as possible. The remaining 4 EVs are placed in Special Defense to round off its bulk.

Levitate is Uxie's only Ability and gives it immunity to Ground-type moves, as well as grounded entry hazards such as Spikes, Toxic Spikes, and Sticky Web.

Mental Herb protects Uxie from Taunt and letting it use status moves on the turn it's consumed.

Sitrus Berry is a good alternative and is good in a pinch in the event Uxie gets hit by a super effective critical hit.

Thanks to its great mixed defensive stats, Uxie can run an effective Helping Hand support set for more offensive-oriented teams. It also has a good selection of support moves that it can use to help its team while keeping the opposing team in check.

Helping Hand is Uxie's main support move that boosts the power of a partner Pokemon's next move by 50%. This move has +5 priority so it always goes first before its teammates move.

Ally Switch lets Uxie switch places with its partner, allowing it to take the opposing Pokemon's attack instead. While it essentially provides redirection support, it can also confuse the opposing player as they'll have to think twice about choosing who to target.

Encore is a great support move that forces the target to use the same move for the next 3 turns. This allows Uxie to beat defensive Pokemon that rely on status and setup sweepers, leaving them open to its partner's attacks.

Draining Kiss is its last move and is Uxie's only form of recovery, and also prevents it from being completely shut down by Taunt.

that allows Uxie to beat defensive Pokemon that rely on status, as well as setup sweepers. This move locks the

Levitate is Uxie's only Ability and gives it immunity to Ground-type moves, making it a great doubles partner for Pokemon that use Earthquake.

Sitrus Berry is the better healing item in Doubles as it provides stronger immediate healing in a pinch without having to wait turns with an item like Leftovers.

Kee Berry is a good alternative. When hit by a physical attack, Uxie consumes the berry and raises its Defense stat by 1 stage. This is very useful in Doubles as Uxie in particular is susceptible to getting hit by Fake Out at the start of the match.

How to Use Uxie Effectively

Use it as a Support Pokemon

Uxie's rather straightforward stats and selection of status moves make it a great support Pokemon in both Singles and Doubles. It's often used as a lead to set up entry hazards, or as Helping Hand support in Doubles.

How to Build a Team with Uxie

Uxie's ability to set up Stealth Rock and spread Yawn makes it a valuable lead for setup sweepers who appreciate the entry hazard support. Zacian, in particular, appreciates the Sleep status Yawn can inflict as it makes setting up with Swords Dance easier.

Gengar rounds off this team and fills the role of a Special Attacker. Like Zacian, it appreciates entry hazard and Yawn support - with the latter making it easier for Gengar to switch in and set up with Nasty Plot or Substitute.
Basics of Competitive Singles Team Building

Uxie is a great partner for attackers that lack boosting moves or can't spare to set up due to their relative fraility. Urshifu's Single-Strike style greatly appreciates the Helping Hand boost Uxie provides, boosting the power of its already strong Wicked Blow. 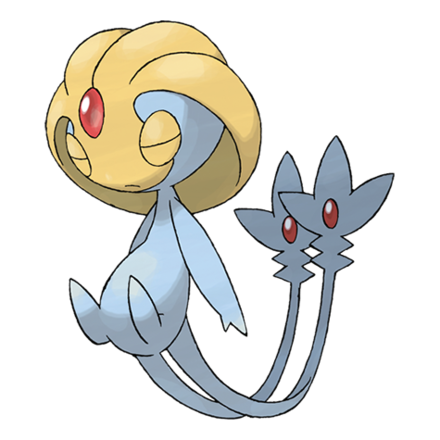 Overwhelm it with a Super Effective Attack

Despite its great mixed defensses, Uxie is weak to three very common attacking types - Bug, Ghost, and Dark-types.This is further confounded by its lack of reliable recovery move, which means Uxie is often forced to switch out when heavily damaged or risk getting knocked out.

Inflict it with Status

While Uxie has good matchups against certain defensive Pokemon, it struggles against those that can inflict debilitaitng status such as Poison. As Uxie lacks any form of recovery or way to purge status, these Pokemon can simply stall out Uxie with residual damage.

In order for us to make the best articles possible, share your corrections, opinions, and thoughts about 「Uxie - Moveset & Best Build for Ranked Battle | Pokemon Sword and Shield」 with us!