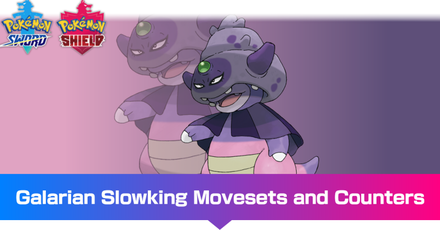 This is a strategy guide for using Galarian Slowking in competitive play for the games Pokemon Sword and Shield. Read on for tips on the best Nature, EV spreads, Movesets, and Held Items to use with Galarian Slowking, as well as its strengths and weak points. 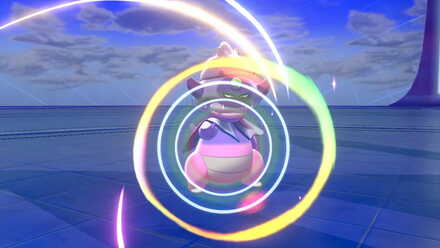 Galarian Slowking can run an effective Calm Mind set due to its natural bulk and great base Special Attack stat. It's unique dual typing, while odd, gives it many chances to switch in to the very common Fairy-type Pokemon common in the current metagame.

Eerie Spell is Galarian Slowking's main STAB move, and has the secondary effect of lowering the PP of the opposing Pokemon's last move by 3. This move allows the Hexpert Pokemon to potentially stall sweepers that have high-powered but low PP moves, such as Cinderace.

Scald is its secondary attacking move. While Galarian Slowking no longer gets STAB from it, it's 30% chance to inflict a burn is very useful and patches up its Defense Stat.

Calm Mind boosts Galarian Slowking's great Special Attack and Special Defense stat by one stage, allowing it to better handle special attacks and hit harder with its own moves. It's last move is Slack Off and is a reliable healing move that allows Galarian Slowking to stay in the battle for a longer time.

We're using a standard defensive EV spread for Galarian Slowking with full HP and Defense investment. The remaining 4 EVs are placed in Special Defense to round off its bulk.

Note: Galarian Slowking has a lower Defense Stat, but with a Bold Nature and full EV investment, it has 145 Defense at Level 50. With a few Calm Mind boosts, the Hexpert Pokemon can take physical and special attacks better!

While the point of Calm Mind sets is to stay in battle for as long as possible, this ability is very useful if Galarian Slowking needs to switch out from one of its counters. With the health recovery, it can switch back in at better health and resume boosting with Calm Mind.

We're giving this Galarian Slowking Black Sludge for some much-needed passive recovery at the end of every turn. 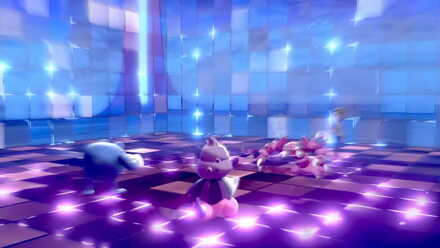 Galarian Slowking is a fearsome sweeper in Trick Room, and can fill the role of primary setter or back-up setter as well.

Trick Room reverses the move order, allowing Galarian Slowking to outspeed faster threats. With a Quiet Nature and 0 Speed IVs, it has an effective speed stat of 31 at Level 50.

Sludge Wave is its strongest STAB move, and hits Fairy-types and Grass-types like Hatterene and Rillaboom for super effective damage. Eerie Spell is its secondary attacking move and has the secondary effect of lowering the PP of the opposing Pokemon's last move by 3.

Fire Blast is its last move and is important for coverage since Galarian Slowking is easily walled by Steel-types.

Life Orb is the best item for this Galarian Slowking, boosting the power of its moves at the cost of some residual damage. This recoil damage is ultimately negated by Regenerator. 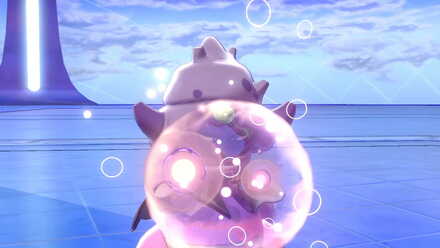 Expanding Force allows Galarian to function as a bulky sweeper in Doubles, with its natural bulk and unique resistances giving it plenty of opportunities to switch in.

Expanding Force is Galarian Slowking's strongest move, and hits both opposing Pokemon in Doubles. Sludge Wave is its secondary attacking move, hitting both oppenents and its teammate. Galarian Slowking's partner must have Protect or is a Steel-type so it can use this move safely.

Fire Blast is its main coverage move, allowing it to hit Steel-types that resist or are immune to its STAB moves. It's last move is Nasty Plot, which raises Galarian Slowking's Special Attack by two stages and allows it to threaten more Pokemon.

We're using a modified EV spread for this Galarian Slowking, emphasizing its natural bulk and special Attack. 100 HP EVs and split 76 EVs in Defense and Special Defense make it as bulky as possible, while full investment in Special Attack lets it hit hard even without a Nasty Plot boost.

Life Orb is the best item for this Galarian Slowking, boosting the power of its moves at the cost of some residual damage. This recoil damage is ultimately negated by Regenerator.

How to Use Galarian Slowking Effectively

A Defensive Pokemon with Key Resistances

Much like its Kantonian counterpart, Galarian Slowking is a great defensive Pokemon thanks to its natural bulk. What separates it from regular Slowking though is its unique resistances.

With key resistances to Grass, Poison, Fairy, as well as a quadruple resistance to Fighting-types, it's easy to switch in and can wall commonly used Pokemon in the metagame such as Rillaboom, Toxtricity, Hatterene, and Kommo-o to name a few.

Whether it's running a Calm Mind, Nasty Plot, or Trick Room, Galarian Slowking can also go on the offensive and has a surprisingly good coverage with just its two STAB moves alone.

In a metagame filled with powerful Fairy-types, Galarian Slowking can switch into any Fairy-move thanks to its Poison typing and threaten a KO with Sludge Wave.

How to Build a Team with Galarian Slowking

Galarian Slowking has a niche in many Singles and Doubles team. As a defensive Pokemon, it's great Poison-typing makes it a good choice for both offensive and defensive teams in need of a Fairy resist.

On the offensive side, Galarian Slowking is best used in a dedicated Trick Room team. It can either fill the role of a sweeper, back-up setter, or both!

Use it in a Defensive Core in Singles

Both Corviknight and Incineroar can easily pivot with U-Turn and Parting Shot respectively, while Galarian Slowking benefits from switching out thanks to its Regenerator ability.

Check out our full article below to learn more about building defensive cores in Singles.
Basics of Competitive Singles Team Building

Pair it with a Psychic Terrain Setter in Doubles

Expanding Force variants of Galarian Slowking are best partnered with Pokemon that can automatically set up Psychic Terrain with their abilities.

Indeedee (Female) is the perfect partner for Galarian Slowking. Not only does it instanty set Psychic Terrain with its ability, it has a plethora of support moves and provides valuable redirection support.

It can use Follow Me so that Galarian Slowking can set up with Nasty Plot, and Protect so that it doesn't get hit by Sludge Wave. Indeedee can also provide valuable chip damage with its own Expanding Foce or boost Galarian Slowking's attacks with Helping Hand. 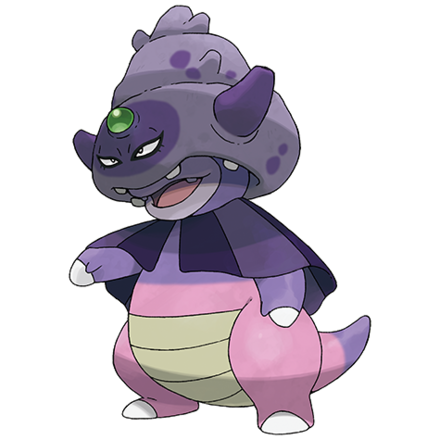 Counter it With a Ghost or Dark-Type

Both offensive and defensive versions of Galarian Slowking can't do much against Ghost and Dark-types, especially ones that have a secondary typing that give it further resistances to the Hexpert Pokemon's STAB or coverage moves.

Check it With a Faster Sweeper

Faster sweepers can check Galarian Slowking, forcing it to switch or risk a KO from their super effective moves.

Register as a member and get all the information you want. (It's free!)
Login
Opinions about an article or post go here.
Opinions about an article or post
We at Game8 thank you for your support.
In order for us to make the best articles possible, share your corrections, opinions, and thoughts about "Galarian Slowking - Movesets & Best Build for Ranked Battle" with us!
When reporting a problem, please be as specific as possible in providing details such as what conditions the problem occurred under and what kind of effects it had.