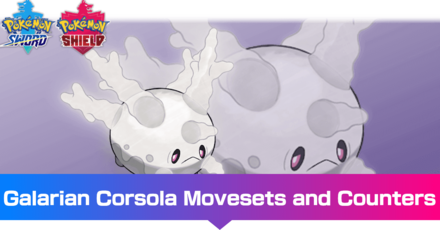 This is a strategy guide for using Galarian Corsola in competitive play for the games Pokemon Sword and Shield. Read on for tips on the best Nature, EV spreads, Movesets, Builds, and Held Items to use with Galarian Corsola, as well as its strengths and weak points. 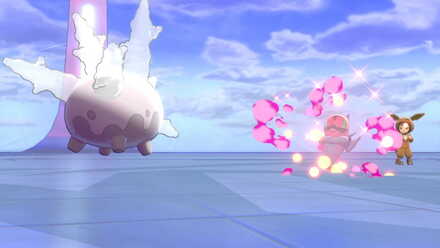 The combination of a high Defense and Special Defense and being a pre-evolved Pokemon make Galarian Corsola the ideal user of Eviolite. Regaining HP while lower its enemy's attack with Strength Sap, then using the damage from Will-o-Wisp and Night Shade to knock them out - it's shaping up to be a great tank in the Sword and Shield metagame.

How to Use Galarian Corsola Effectively

A Pokemon with few weaknesses

With its high Defense and Special Defense further boosted by Eviolite, it can handle attacks from a wide variety of opponents. And as a Ghost type, it only has weaknesses to Ghost and Dark type moves, making the pool of moves that can deal heavy damage to it exceedingly small.

With a combination of Strength Sap and Will-o-Wisp, it can cut down physical attackers who come up against it by lowering their Attack. Pokemon like Dragapult and Mimikyu that pop up everywhere in the current metagame can be effectively handled by Galarian Corsola. 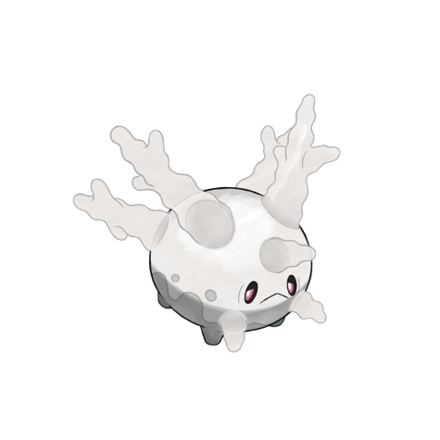 Prevent it from playing defensively

Despite Galarian Corsola's superb defense, its capabilities as an attacker are low. Using Taunt to prevent it from using Will-o-Wisp and Knock Off to remove its precious Eviolite are effective ways to incapacitate it.

Register as a member and get all the information you want. (It's free!)
Login
Opinions about an article or post go here.
Opinions about an article or post
We at Game8 thank you for your support.
In order for us to make the best articles possible, share your corrections, opinions, and thoughts about "Galarian Corsola - Moveset & Best Build for Ranked Battle" with us!
When reporting a problem, please be as specific as possible in providing details such as what conditions the problem occurred under and what kind of effects it had.