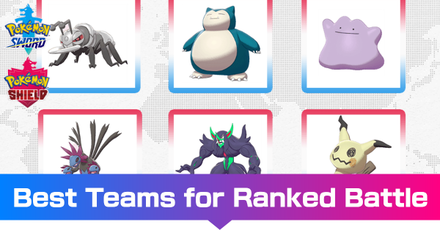 This section details real teams which reached high positions in the Master Ball tier of Ranked Battle in the game Pokemon Sword and Shield. Read on for these teams' Rental codes, and to learn more about why these teams are effective in the Pokemon metagame.

All the teams explained here are available as Rental Teams. Even players who are new to competitive play can try out any of these teams for themselves.

These team builds and explanations come from top ranking players in Japan. This information was previously available exclusively on our Japanese site.

The Twitter account or other relevant link for each player is provided, so take a look and be sure to follow to find out more about their battle strategies.

This is the team that made Durant, a minor Pokemon unseen in the metagame, into a superstar. Even ignoring all the trends, it's notable for its highly aggressive attacking style.
Best Durant Team for Ranked Battle

In addition to Arcanine, this team features a host of other surprises, such as a Pressure Corviknight, a Special Attack-using Tyranitar, and a stall-ready Mimikyu, that might change your preconceptions about the competitive scene as a whole.

This is a balanced offensive doubles team with interchangeable focusing on two main lead attackers - Gyarados and Gengar.

With Tailwind and Redirection support, it's an easy and straightforward team to use for doubles beginners.
Best Standard Doubles Team for Ranked Battle

Rain Dance teams are the easiest weather-centric teams to use as Water-types have great bulk and there are many moves and abilities that benefit from the weather effect.

This is a team that lets Kyogre and its' teammates takes advantage of these boosts to go on the offensive.
Sample Rain Team for Ranked Battle

How to Use Rental Teams

You can rent another player's team using the steps above. All of the parties described in this guide are available for battle using the Rental Codes listed with each.

How to Build the Best Team 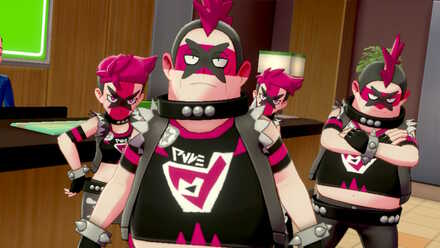 Pictured: Not the best team.

After you've gotten some experience playing with Rental Teams in Ranked Battle, it's time to bring your own Pokemon into the fray. Our guides below detail how to construct an effective team for online play. Even if your Pokemon are strong, they won't hold up without a well-structured team composition!

In order for us to make the best articles possible, share your corrections, opinions, and thoughts about 「Best Rental Teams for Ranked Battle | Pokemon Sword and Shield」 with us!