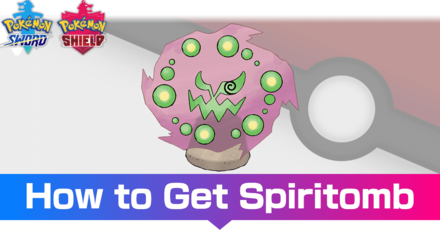 How to Get Spiritomb

Spiritomb is available in The Crown Tundra DLC in an unmarked grave near Dyna Tree Hill.

Where to Find Spiritomb's Grave 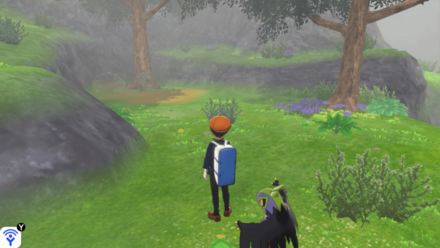 Spiritomb's Grave is located at the end of a small alcove near Dyna Tree Hill.

How to Catch Spiritomb

What's the Best Nature for Spiritomb? 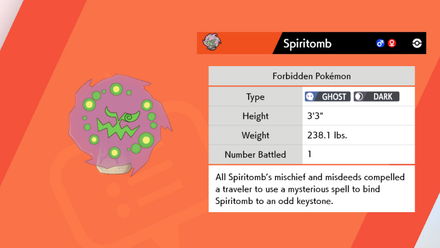 Spiritomb is a slow, but bulky Pokemon with great mixed attacking stats. It can run a defensive build with either a Bold or Calm Nature, or as a bulky special setup sweeper with a Modest Nature thanks to its access to Nasty Plot!

Base Stats of Spiritomb

Post (0 Comments)
Opinions about an article or post go here.
Opinions about an article or post
We at Game8 thank you for your support.
In order for us to make the best articles possible, share your corrections, opinions, and thoughts about "Spiritomb - Evolutions, Location, and Learnset | Crown Tundra DLC" with us!
When reporting a problem, please be as specific as possible in providing details such as what conditions the problem occurred under and what kind of effects it had.