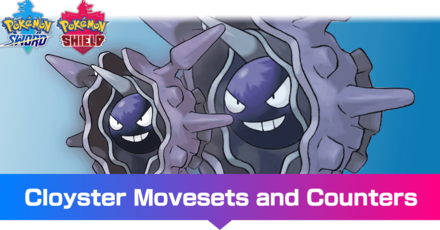 This is a strategy guide for using Cloyster in competitive play for the games Pokemon Sword and Shield. Read on for tips on the best Nature, EV spreads, Movesets, Builds, and Held Items to use with Cloyster, as well as its strengths and weak points. 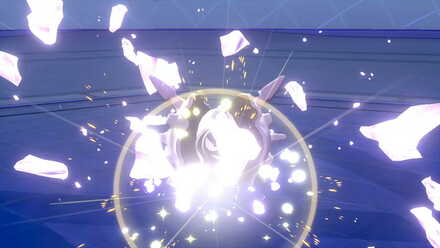 This build combines Cloyster's high Defense with the two-stage Attack, Special Attack and Speed boosts it obtains from Shell Smash to make it a physical attacker with fearsome speed. Focus Sash allows it to survive even attacks it's weak to, which, when used together with Shell Smash, allows it to even outspeed Hydreigon holding a Choice Scarf and take it down.

It's also possible to opt for an Adamant Nature to boost Attack instead of Speed, but this will cost it the ability to outspeed Choice Scarf Hydreigon. 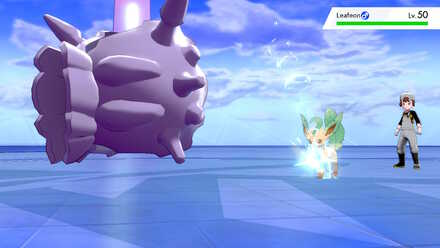 By holding a Choice Scarf, Cloyster can catch its opponents off guard and knock out physical attackers like Mimikyu in one hit while they are still trying to power up. Because most players use the Shell Smash build described above, opponents won't be expecting Cloyster to strike fast and hard right off the bat.

How to Use Cloyster Effectively

A high-speed attacker taking advantage of its Defense and movepool

Cloyster combines a high physical Defense with its ability to raise its stats using Shell Smash. Its towering Defense allows it to take a hard initial hit from a variety of opponents, following up on the second turn after its Shell Smash by switching to a fast attacking role and seizing the first hit.

Cloyster's ability Skill Link allows its multi-hit attacks to land 5 times without fail. These attacks are particularly useful for their potential to break Substitute and Mimikyu's Disguise, but typically are difficult to use due to their low reliability. Skill Link makes these moves highly reliable and invaluable in depriving opponents of any opportunity to power up. 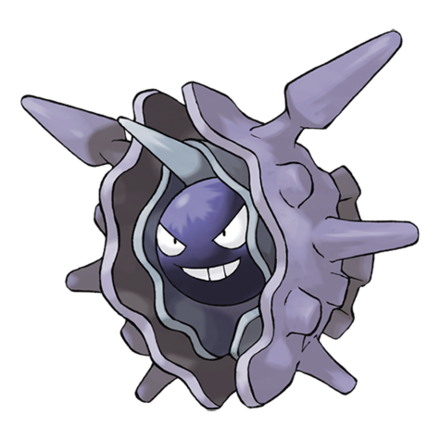 Pokemon which can resist its moves

The moves learned by Cloyster are easy to resist by a number of Pokemon. Because of its multiple-hit moves, it's not possible to survive its attacks for a big hit with techniques like Focus Sash and Substitute, so while bearing the brunt of its attacks with Pokemon excelling in physical Defense, hit back hard with Special attacks to take advantage of its low Special Defense.

In order for us to make the best articles possible, share your corrections, opinions, and thoughts about 「Cloyster - Moveset & Best Build for Ranked Battle | Pokemon Sword and Shield」 with us!