This is a strategy guide for using Palkia in competitive play for the games Pokemon Sword and Shield. Read on for tips on the best Nature, EV spreads, Movesets, and Held Items, as well as Palkia's strengths and weaknesses in Ranked Battles.

Palkia's stat distribution allows it to be a versatile attacker. This Physical build is designed to setup and target bulky threats such as Blissey and Eternatus. Fully investing 252 EVs into its speed makes Palkia a potentially scary sweeper as well.

The combination of Substitute and Calm Mind is what this build revolves around. This allows Palkia to carefully setup in order to break down bulky walls such as Blissey.

Liquidation is one of the premier Physical Water-type moves. The high 85 base power combined with Bulk Up and STAB makes this a strong move even against neutral defenses. This move also has a chance of lowering the target's Defense by one stage.

Scale Shot is your Dragon-type STAB move, as well as a secondary setup move as it allows you to boost Palkia's Speed. A +1 boost to Palkia's Speed allows it to outspeed threats such as Calyrex (Shadow Rider).

This EV spread maximizes Palkia's middling Speed to give it the boost it needs against threats with similar Speed. The 100 EVs allocated to HP makes it so that Substitute can resist atleast one move to allow for Calm Mind to be set up.

Pressure allows Palkia to counter Pokemon looking to stall like Eternatus and Ferrothorn. This ability is even more useful in Singles where stall-teams are more prevalent.

Lustrous Orb is Palkia's signature item. This item boosts Palkia's Dragon and Water-type move's power, which makes both of its STAB-moves hit a little harder. 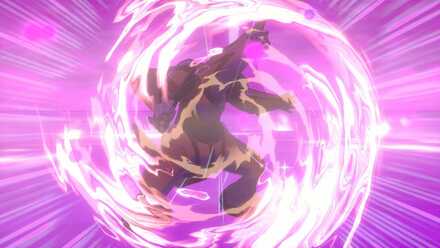 Palkia matches up favorably against other popular restricted Pokemon such as Groudon, Kyogre, and Zacian. Ideally, Palkia gets to Dynamax and take 3 KO's in 3 turns, but if not, increasing its team's Special Defense with Max Quake is still a great help for its team.

Spacial Rend and Hydro Pump are Palkia's main STAB moves. Spacial Rend turns into Max Wyrmwind, which is a valuable move against physically offensive team compositions. Earth Power is our coverage move of choice because it can potentially OHKO both Zacian and Incineroar when used as Max Quake. Boosting its Special Defense with Max Quake has perfect synergy with a partner Pokemon that can use Intimidate, both of which can improve Palkia's survivability.

Protect helps Palkia on turns where it is likely to get double-targeted. It is also good for stalling out a turn of your opponent's Dynamax

This EV spread maximizes Palkia's capabilities as a bulky Special Sweeper. 252 EVs are funneled into both HP and Special Attack in order to realize the Spacial Pokemon's potential. The remaining EVs will be alloted to its Defense to let it take Zacian's Play Rough more comfortably after an Intimidate from a teammate

Maximizing Special Attack also lets Palkia score decisive knock outs on Groudon and Torkoal in Harsh Sunlight if they are not Dynamaxed.

Pressure lets Palkia punish opponents who failed to use PP Up on their Pokemon. It can limit the use of attacks such as Water Spout or Behemoth Blade from 4 (if the move's PP is maxed out) to just 3 if it is not.

We run Life Orb over Lustrous Orb so that Palkia can get an extra offensive boost to its Earth Power, a move that is important for picking up knock outs against opposing Zacian and Incineroar.

This set maximizes Palkia's potential as a reliable Trick Room setter. Due to Palkia's bulk, it has become one of the premier Trick Room setter in the game. Additionally, the combination of its middling Speed and high Special Attack gives it the power it needs to be an offensive threat in Trick Room teams.

This build revolves around Trick Room. This move distorts the dimensions and makes it so that the order of the attackers go from slowest to fastest. The use of this move depends on the Pokemon out on the field as it can be a double-edged sword if used against slower foes.

Protect is your defensive move as it gives Palkia a way to defend itself against lethal damage. This moves ensures that you can get a second Trick Room up as well.

Spacial Rend and Hydro Pump are your primary STAB-moves. Palkia's maxed out Sp. Atk in addition to Lustrous Orb allows it to OHKO threats such as Stakataka, Incineroar, and even Rillaboom.

This move maximizes Palkia's offensive prowess with 252 EVs funneled into Special Attack. Additionally, we want to give it extra bulk to its HP and Sp. Def in order to ensure that it can reliably set up Trick Room.

Telepathy allows your partner Pokemon to freely use moves such as Earthquake, Surf, Discharge etc.

Lustrous Orb gives Palkia the additional increase in power it needs to match up against tanky threats such as Blissey, Stakataka, Eternatus, etc.

Meanwhile, Leftovers would be the better option if you want to give it some added beef.

How to Use Palkia Effectively

Placing Palkia next to an Intimidate user or a Pokemon with access to redirection can help it stick around longer. Palkia wants to stay on the field and attack as many times as it can before finally getting knocked out.

Trading Palkia 1-for-1 is never good because Palkia should be knocking out 2-3 Pokemon during its Dynamax turns. Preserving Palkia for as long as possible will help you win games.

How to Build a Team with Palkia

Incineroar is valuable support for Palkia as it is able to nullify Zacian's Intrepid Sword buff with its Intimidate, effectively turning a OHKO into a 2HKO. It is also able to use Fake Out into the much faster Zacian and position Palkia to knock it out with a Max Quake.

Fighting Zacian is all about mitigating its damage output with Intimidates, Max Wyrmwind into Zacian's partner, or using Parting Shot on it.

Amoonguss can redirect attacks away from Palkia with its Rage Powder. It can then comfortably take Fairy-type attacks thanks to its Poison typing. It also poses the ever-present threat of Spore. 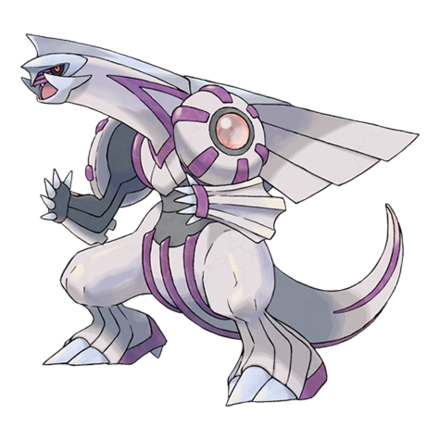 While a well-rounded Pokemon, Palkia lacks speed compared to other threats. A Zacian with its Intrepid Sword buff and Play Rough will always spell trouble for Palkia. Other Dragons that can hit fast and hard can give Palkia a run for its money.

Post (0 Comments)
Opinions about an article or post go here.
Opinions about an article or post
We at Game8 thank you for your support.
In order for us to make the best articles possible, share your corrections, opinions, and thoughts about "Palkia - Moveset & Best Build for Ranked Battle" with us!
When reporting a problem, please be as specific as possible in providing details such as what conditions the problem occurred under and what kind of effects it had.