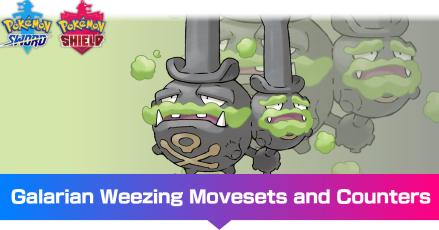 This is a strategy guide for using Galarian Weezing in competitive play for the games Pokemon Sword and Shield. Read on for tips on the best Nature, EV spreads, Movesets, and Held Items to use with Galarian Weezing, as well as its strengths and weak points. 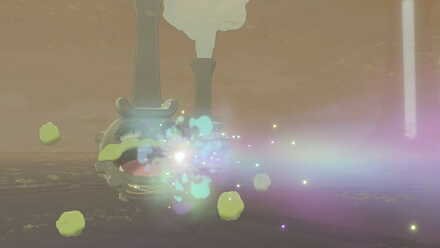 This Galarian Weezing functions as a bulky special attacker that boasts a surprisingly good coverage using its main STAB moves.

Strange Steam and Sludge Wave are its two main STAB moves, and can hit majority of the metagame for super effective damage. The former has a 20% chance to confuse the opposing Pokemon, while the latter has a 10% chance to inflict the Poison status.

The rest of its moves give it ample coverage. Flamethrower hits Steel-type Pokemon that can otherwise wall its main STAB moves for super effective damage. Thunderbolt, on the other hand, allows Galarian Weezing to threaten bulky Water-type Pokemon.

We're using a modified EV spread with 212 HP investment and 44 Speed investment. This ensures Galarian Weezing has some bulk and can still outpace slower attackers and walls. 252 Special Attack investment ensures that it hits as hard as possible with its special attacks. 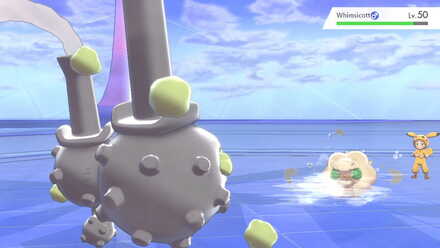 Galarian Weezing is a great choice for physical wall thanks to its unique dual-typing, giving it key resistances to some of the Metagame's most commonly used Pokemon.

Strange Steam is Galarian Weezing's signature move, and is a powerful STAB attack that has a 20% chance of confusing the target. Clear Smog is its secondary STAB and that resets the opposing Pokemon's stat changes.

It's remaining two moves are for coverage and utility. Flamethrower allows Galarian Weezing to hit Steel-type Pokemon that can otherwise wall it completely. Will-O-Wisp allows it to threaten physical attackers further, burning them and cutting their attack by half.

We're using a standard physically defensive spread, with full investment in HP and Defense. The remaining 4 EVs are placed in Special Defense to further boost its general bulkiness.

We're using Black Sludge for this build. When held by a Poison-type Pokemon, the item functions like Leftovers.

How to Use Galarian Weezing Effectively

Galarian Weezing has a specific niche as a distruptor, using its unique ability to turn the tide of battle by nullifying the opposing Pokemon's ability. Pokemon like Diggersby, Crawdaunt, and Clefairy, who are reliant on their abilities, are easily stopped by Galarian Weezing simply switching in on them.

How to Build a Team with Galarian Weezing

Galarian Weezing is a good choice for offensive and balanced teams alike looking for a sturdy wall that can support its team with its moves.

A Bulky Attacker for Balanced Teams

Weezing is a good choice for Hyper Offense teams that are looking for an attacker that can support the rest of its team. When used in such a team, Galarian Weezing is best used as a pseudo-support Pokemon as even with Expert Belt, its special attacks don't have enough power to sweep opposing Pokemon.

As a defensive Pokemon, Galarian Weezing essentially fills the same role as its Kantonian counterpart with the added Fairy-typing giving it more resistances.

What sets it apart is its ability Neutralizing Gas, allowing Galarian Weezing to distrupt sweepers or defensive Pokemon that rely on their abilities. 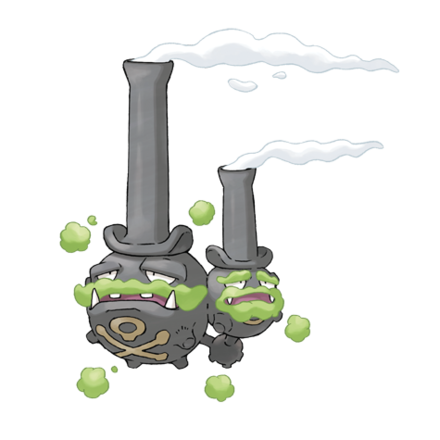 Use a Special Sweeper

Despite its newfound resistances and high defense stat, Galarian Weezing can easily be brought down by a faster special sweeper using super effective attacks.

Register as a member and get all the information you want. (It's free!)
Login
Opinions about an article or post go here.
Opinions about an article or post
We at Game8 thank you for your support.
In order for us to make the best articles possible, share your corrections, opinions, and thoughts about "Galarian Weezing - Moveset & Best Build for Ranked Battle" with us!
When reporting a problem, please be as specific as possible in providing details such as what conditions the problem occurred under and what kind of effects it had.