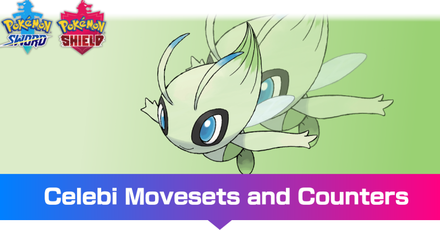 This is a strategy guide for using Celebi in competitive play for the games Pokemon Sword and Shield. Read on for tips on the best Nature, EV spreads, Movesets, and Held Items to use with Celebi, as well as its strengths and weak points. 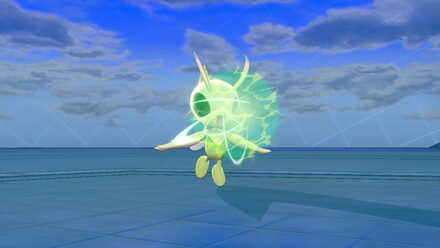 Celebi is one of the few Life Orb sweepers that can stay very long in the battle thanks to reliable recovery move.

Energy Ball and Psychic are Celebi's main STAB moves and hits hard with a Life Orb boost thanks to its great 100 base Special Attack. Earth Power gives it valuable coverage, allowing it to hit Fire and Steel-type Pokemon that can resist its main STAB moves.

Recover is its last move and helps heal the residual damage from Life Orb, allowing Celebi to stay in the battle for a longer time.

We're using a straightforward EV spread with maximum investment in Special Attack and Speed. The remaining EVs are placed in Special Defense since Celebi's typing allows it to better resist special type attacks.

We're giving Celebi Life Orb to boost all of its attacking moves by 30% at the cost of some residual damage. 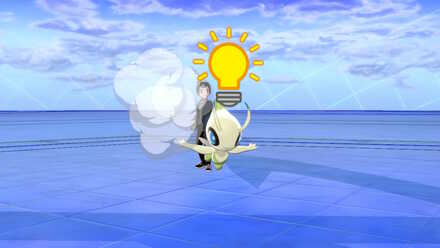 Celebi's great mixed bulk give it plenty of chances to switch in, set up, and eventually sweep with its boosted moves.

Nasty Plot boost Celebi's Special Attack by 2 stages. It's best used when expecting a switch, such as when Celebi is facing a Water-type Pokemon. Giga Drain provides respectable recovery while Psychic is its secondary STAB move.

Earth Power rounds up its coverage, allowing Celebi to hit Fire and Steel-type Pokemon that can resist its main STAB moves.

We're using a straightforward EV spread with maximum investment in Special Attack and Speed. The remaining EVs are placed in Special Defense since Celebi's typing allows it to better resist special type attacks.

We're giving Celebi Leftovers. The residual recovery on top of Giga Drain allows Celebi to stay in battle for a long time. 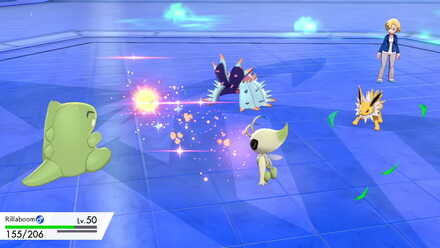 Giga Drain is Celebi's main recovery move and allows it to heal damage even after getting hit by Taunt.

Pollen Puff is a great utility move. It does moderate damage on opposing Pokemon but when used on an ally Pokemon, it instead restores their HP up to 50% of their max HP!

The rest of its moves help it support its teammates further. Helping Hand boost its ally Pokemon's next move by 50%, while Thunder Wave cripples fast opposing Pokemon.

We're using a custom EV spread with max HP investment, with 156 Defense EVs and 84 Special Defense EVs to enhance its natural bulk. The 16 Speed EVs allow it to outpace walls and slower sweepers such as Adamant Bisharp and cripple them with Thunder Wave.

Although Sitrus Berry is the superior healing held item in Doubles, Celebi already has a reliable recovery in Giga Drain. As such, Leftovers is better this time around as it provides gradual recovery at the end of every turn.

How to Use Celebi Effectively

Although Celebi doesn't have as wide a movepool as other sweepers, it makes up for it by having great natural bulk and reliable recovery. As a result, it can stay longer in battles and is one of the few set-up sweepers that take little damage from switching into neutral attacks.

It's Natural Cure ability also gives it better longetivity as it simply needs to switch out to cure itself from a crippling status condition.

Celebi also functions as a bulky wall and support Pokemon in both Singles and Doubles thanks to its great mixed bulk. It's 100 base Speed stat also means it can outspeed slower walls with minimun speed investment.

How to Build a Team with Celebi

Celebi has many team options in both Singles and Doubles depending on the moveset and build.

Celebi's claim to fame in the competitive battling scene was as a bulky anti-rain wall at the height of Generation V's "Weather Wars".

It can still fill the same role in this Generation. While it faces stiff competition from Ferrothorn, another anti-rain veteran of the Weather Wars, it boasts reliable recovery and higher base speed; with the latter allowing Celebi to outpace and threaten slower bulky waters.

Thanks to these traits, Celebi often finds itself in Sun Teams where its great mixed bulk allows it to directly counter Rain Sweepers. Check out our guide below to learn how to build a Sun Team with Celebi.
How to Build a Weather Team

A Bulky Support Pokemon in Doubles

Celebi makes a great support Pokemon in Doubles thanks to its wide support movepool and recovery options. It's a great counter to the ever-present Grassy Surge Rillaboom and can deter Hyper Offense teams with Thunder Wave. 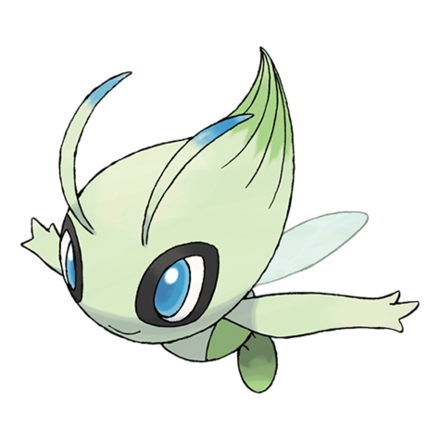 Outspeed with a Faster Sweeper

Despite its natural bulk and decent speed, there are some Pokemon that can outspeed Celebi and hit it with a super effective attack.

Use a Strong Attacker

Post (0 Comments)
Opinions about an article or post go here.
Opinions about an article or post
We at Game8 thank you for your support.
In order for us to make the best articles possible, share your corrections, opinions, and thoughts about "Celebi - Moveset & Best Build for Ranked Battle" with us!
When reporting a problem, please be as specific as possible in providing details such as what conditions the problem occurred under and what kind of effects it had.