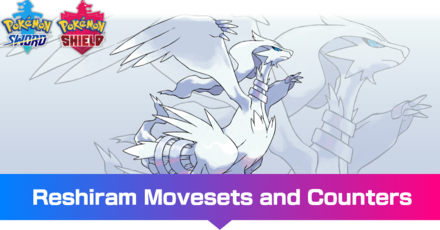 This is a strategy guide for using Reshiram in competitive play for the games Pokemon Sword and Shield. Read on for tips on the best Nature, EV spreads, Movesets, and Held Items to use with Reshiram, as well as its strengths and weak points. 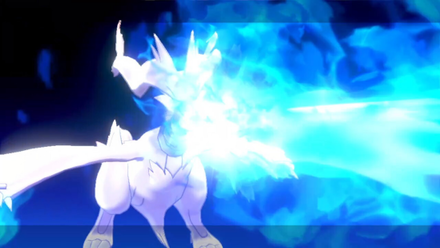 Reshiram's great Dragon/Fire dual typing makes it one of the few Dragon-type Pokemon that don't fear Fairy and Ice-types, allowing it to freely switch into common Dragon counters and threaten them with its powerful moves.

Blue Flare is one of Reshiram's strongest STAB moves - a Base 130 Power Fire-type Move that has a 20% chance to inflict a burn.

Draco Meteor is its secondary STAB move and provides great neutral coverage. Since this move lowers Reshiram's Special Attack by 2 stages, it's best used during Dynamax where it becomes Max Wyrmwind.

Solar Beam is a great coverage move and is best used either during Dynamax, where it becomes Max Overgrowth, or when Sunny Day is active so that Reshiram can use it immediately.

Earth Power rounds off its coverage, allowing it to hit Steel-types with secondary typings that removes their Fire-type weaknesses such as Dialga.

We're using a bulkier EV spread for this Reshiram to capitalize on its unique resistances. Full HP Investment and 68 Special Defense make it as bulky as possible on its special side, while 188 Special Attack allows it to hit reasonably hard with a Modest Nature.

Turboblaze is Reshiram's only Ability and is what makes it a very formidable special attacker. This Ability ignores Abilities such as Lugia and Dragonite's Multiscale, Mimikyu's Disguise, or Sturdy, allowing Reshiram to attack them directly.

How to Use Reshiram Effectively

Reshiram's great bulk and wide powerful special moves make it a great attacker for balanced teams. It's main role is a Dynamax Pokemon that can withstand an opponent's attack and overpower the opposing team with high-powered STAB moves.

With its unique resistances, it's a great choice for lead or backup Dynamax sweeper as it can take on Fairy and Ice-type Pokemon.

How to Build a Team with Reshiram

Reshiram is easy to fit in both offensive and defensive-oriented teams, and can provide its teammates with special coverage with its STAB moves alone.

Reshiram is a great choice for Dynamax Lead for Defensive teams, with its unique resitances and great STAB coverage providing some valuable offensive momentum to an otherwise defensive-oriented team.

This defensive team has a Fire/Water/Grass core consisting of Reshiram, Slowbro, and Rillaboom.

Reshiram fills the role of a lead Dynamax Pokemon, getting an HP boost and firing powerful Max Flares and Max Wyrmwinds.

Rillaboom rounds off this team's coverage, providing strong Grass-type STAB to overpower Water-types that can wall Reshiram. It also functions as a late game sweeper with Bulk Up. 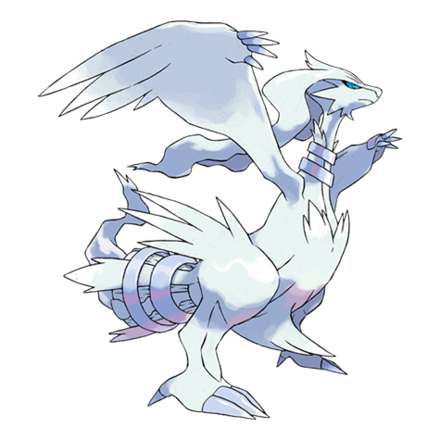 Reshiram's great Special Defense leaves it with a relatively mediocre physical bulk for a Legendary Pokemon, making it easy to overpower with powerful physical Dragon, Ground, and Rock-type moves.

In order for us to make the best articles possible, share your corrections, opinions, and thoughts about 「Reshiram - Moveset & Best Build for Ranked Battle | Pokemon Sword and Shield」 with us!