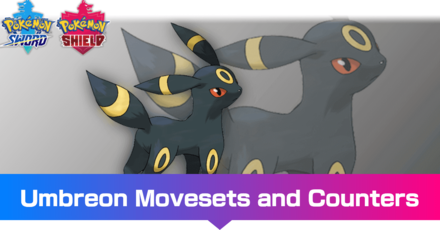 This is a strategy guide for using Umbreon in competitive play for the games Pokemon Sword and Shield. Read on for tips on the best Nature, EV spreads, Movesets, and Held Items to use with Umbreon, as well as its strengths and weak points.

How to Learn Umbreon's Egg Moves 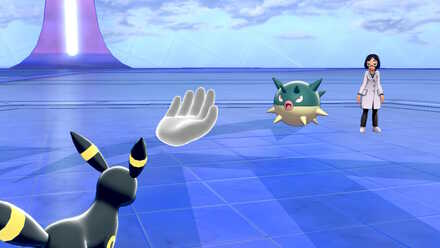 This moveset takes advantage of Umbreon's high defensive stats to allow it to serve as a wall. The Rocky Helmet deals damage to all opponents who come at it with Physical attacks, and Wish will recover its HP to allow it to continue whittling down the opponent's strength.

While containing the opponent's ability to setup and boost its stats with Yawn, Foul Play and Rocky Helmet ensure that it will be able to continue wearing down its opponent.

This set takes advantage of Umbreon's high defenses. If your opponent Dynamaxes their Pokemon, you can protect your attacker and switch to Umbreon and waste their Dynamax turns.

How to Use Umbreon Effectively

Umbreon serves mainly to wall and contain the power of Physical attackers. With Foul Play, it can use Physical attacker's high Attack stats against them to make them effectively hit themselves without having to invest any of its own stat points into an attacking stat. And with its Base 130 Special Defense, it can handle Special attackers with no problem as well.

Can set the stage for a teammate 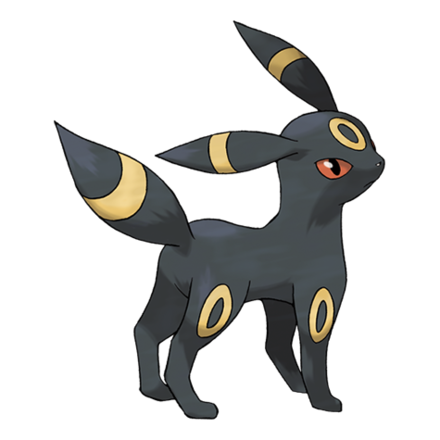 Use Taunt to limit Umbreon's moves

As Umbreon's typical movesets are filled almost completely with Status moves, using Taunt to prevent Status moves can completely stop it in its tracks. Only able to use Foul Play, Umbreon will be helpless as you either set up against it with Status moves of your own, or switch in an ace attacker to take it down.

Corner it with Special Fairy attackers

Sylveon is highly effective for using Special Fairy attacks to handle Umbreon. With its Ability Pixilate, it's able to use Hyper Voice as a Fairy-type move against Umbreon for a definitive one-hit KO. If you Dynamax it, Sylveon can use Max Starfall to nullify the effects of Yawn. As Special attackers don't have much to fear from Foul Play either, Sylveon can handle Umbreon from every angle.

In order for us to make the best articles possible, share your corrections, opinions, and thoughts about 「Umbreon - Moveset & Best Build for Ranked Battle | Pokemon Sword and Shield」 with us!