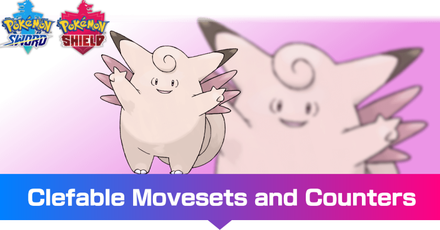 This is a strategy guide for using Clefable in competitive play for the games Pokemon Sword and Shield. Read on for tips on the best Nature, EV spreads, Movesets, and Held Items to use with Clefable, as well as its strengths and weak points. 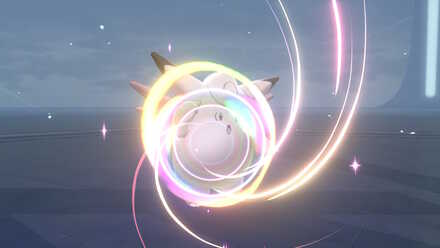 The main strategy with this build is to raise your stats with Calm Mind while recovering HP with Moonlight. Clefable's Unaware ability will let you ignore your opponent's stat changes, allowing it to weather hits from an opponent which relies on stat-boosting moves, while boosting its own stats and fighting back.

The Kee Berry and the maxed out EVs in HP and Defense should protect you from physical attackers as well. 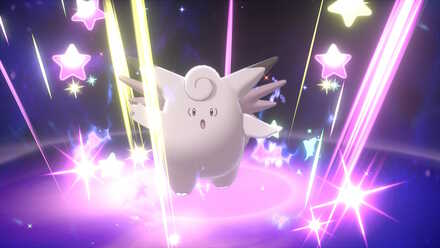 This build focuses on building up your defenses with Cosmic Power while maintaining your HP with Moonlight. Once you feel protected enough, you can then switch to raising your special attack with Calm Mind. EVs are placed in HP and Defense to better protect Clefable against physical attackers.

Similar to the previous build, this build also takes advantage of Clefable's Unaware ability, allowing it to power up against an opponent that relies on boosting its own stats, building up its own defensive stats to create a wall. This set is best used against attackers reliant on stat-boosting and Pokemon which are disadvantaged against Clefairy. 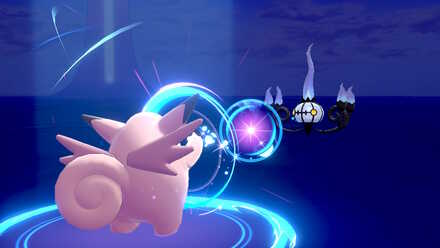 This build maximizes Clefable's damage by having it hold a Life Orb. Clefable is also protected against damage from Life Orb due to its Magic Guard ability, allowing it to boost its damage with no repercussions.

Thanks to Magic Guard, Clefable does not take any damage from statuses like Poison, making it highly effective against defensive wall Pokemon who rely on these techniques. Use Clefable against one of these Pokemon and use them as an opportunity to set up.

We adjusted the Speed and HP EVs so that Clefable can outspeed Corviknights with 4 EVs in Speed. 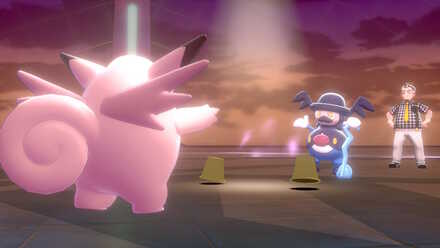 By swapping Flame Orb to an opponent with Trick, the opponent will be burned and will have reduced Attack. Stealth Rock will also put pressure on Flying- and Fire-types.

You can also use Lagging Tail with Trick to slow down quick attackers, especially those relying on Speed.

How to Use Clefable Effectively

Special Attacker Capable of Setting Up

Clefable is a special attacker that makes use of support moves like Calm Mind and Moonlight. Its Unaware and Magic Guard abilities pair well with it and allow it to set up more easily.

The Unaware ability allows Clefable to ignore changes to the opponent's stats, which lets you set up with Calm Mind without worry.

Magic Guard: Stay in the Battle for Longer

Magic Guard prevents Clefable from taking damage from anything other than the moves of its opponent. For example, Clefable won't take any damage from Poison and even from Curse. This moveset allows Clefairy to easily set up against other defensive Pokemon who rely on these status moves.

While Clefable's type doesn't have much chance to get STAB, its movepool allows it to target other weaknesses using moves like Flamethrower and Thunderbolt.

It also has a lot of good support moves like Calm Mind, allowing to set up, and Stealth Rock, allowing it to provide support for its teammates. 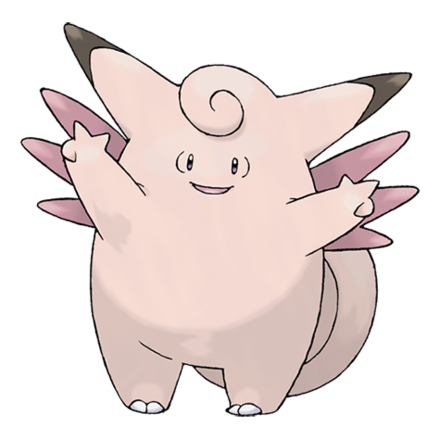 Target its weaknesses with fast Pokemon

Take advantage of Clefable's weaknesses using Pokemon that can outspeed it. We also recommend that you use physical attackers since Clefable doesn't have many options for raising its Defense stat.

If Clefable hasn't raised its Special Defense yet, you can one-shot it with Steel Beam, which is a Special move.

When using Steel-type Pokemon, be careful, as Clefable can use Fire-type moves.

In order for us to make the best articles possible, share your corrections, opinions, and thoughts about 「Clefable - Moveset & Best Build for Ranked Battle | Pokemon Sword and Shield」 with us!