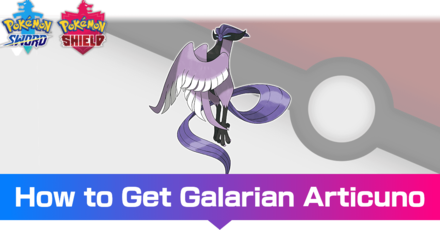 This is a page on Galarian Articuno, including its learnable moves and where it can be found in Pokemon Sword and Shield. Read on for information on its evolutions, abilities, type advantages, and location.

How to Get Galarian Articuno 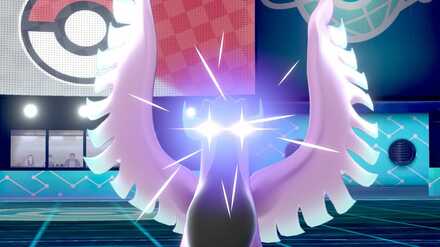 Galarian Articuno only appears in The Crown Tundra which is included in the Expansion Pass DLC for Pokemon Sword and Shield.

The main prerequisite for catching Galarian Articuno is starting off the Legendary Birds chapter by visiting Dyna Tree Hill. Once you've done this, you'll be ready to start the hunt!

How to Catch Galarian Articuno

1. Fly to the lower point in Snowslide Slope 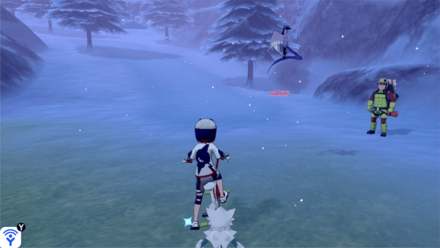 2. Go up the slope and through the patch of grass 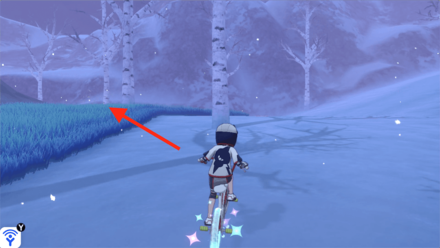 At the very top of the slope, when you reach the wall, you'll see a patch of grass on the left. Go through the crass to emerge at a cliffside.

3. Wait for Galarian Articuno at the edge of the cliff 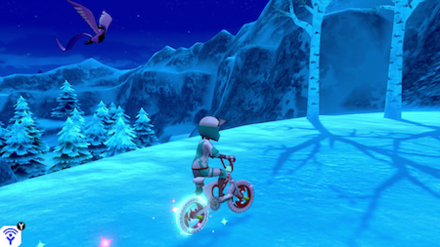 4. Choose the Galarian Articuno which opens its wings 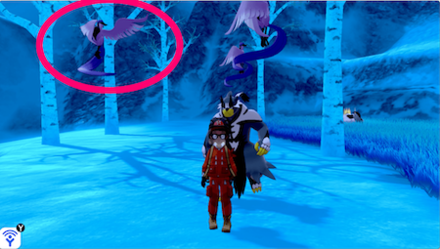 When Galarian Articuno splits into 3, check which one opens its wings before flying down. Afterwards, the three will spin down to the ground in a circle, so be sure to keep your eye on the real Galarian Articuno. After it descends, interact with it and it will disappear for a moment, then the fight will begin.

Galarian Articuno will use Psychic-type moves like Freezing Glare, which has a chance of inflicting freeze, as well as the powerful Flying-type move Hurricane. It's good to employ a defensive Hypnosis user like Bronzong with a high Special Defense and resistance to Psychic and Flying type moves.

How to Get All Legendary Birds

It was announced that entrants for the International Challenge Online Competition in February will receive a free Shiny Galarian Articuno. Additionally, players in Japan who participate and win the competition will have a chance of earning a place in the 2022 Pokemon Japan Championships!

Galarian Articuno's two counterparts (Galarian Zapdos and Galarian Moltres) will also have their shinies distributed at the very same competition in March and April, respectively.

Base Stats of Galarian Articuno 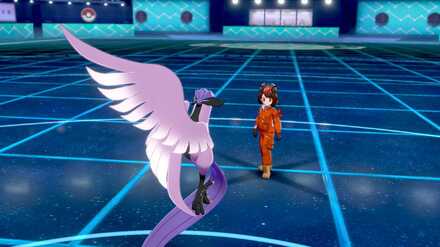 Unlike its predecessor, Articuno loses the Arctic in its name to become a Psychic/Flying type like Lugia, Latias and Latios. However, it seems to retain some icy properties in the effect of its move Freezing Glare, and may learn some Ice-type Moves as well. 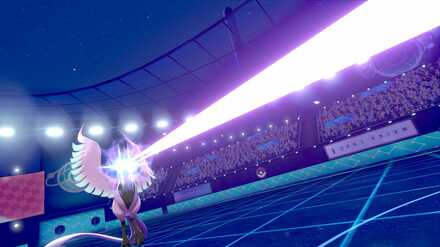 Galarian Articuno's signature move Freezing Glare is a Special Psychic-type move, and unique among Psychic moves, it has the potential to inflict freezing. Now that's why I call an ice-cold stare!

Like its brethren Galarian Zapdos and Galarian Moltres, Galarian Articuno is available in The Crown Tundra DLC.

In order for us to make the best articles possible, share your corrections, opinions, and thoughts about 「Galarian Articuno - Evolutions, Location, and Learnset | Pokemon Sword and Shield」 with us!