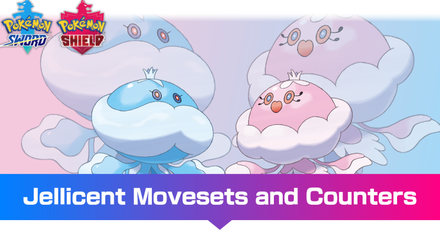 This is a strategy guide for using Jellicent in competitive play for the games Pokemon Sword and Shield. Read on for tips on the best Nature, EV spreads, Movesets, and Held Items to use with Jellicent, as well as its strengths and weak points. 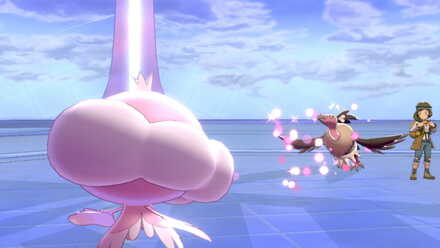 Jellicent finds a niche in the metagame as a bulky mixed wall with key resistances and immunities, as well as access to great utility moves.

If this move is used on Haxuros, who has an effective attack stat of 191, Jellicent will heal that amount!

Night Shade allows Jellicent to hit opposing Pokemon for consistent damage equal to the target's level. Taunt allows it to shut down slower opposing walls, while Will-O-Wisp makes Jellicent a difficult Pokemon for physical sweepers to switch into.

We're using a custom EV spread with full investment on HP and 196 Defensive EVs. Jellicent has a lower Defense stat, but with a Bold Nature and the right EVs, it will have a more well-rounded and equal defensive stats.

With the given Defense EVs, Jolly Choice Band Dracovish can't outright KO it even with a super effective Strong Jaw boosted Crunch!

Finally, 60 Speed EVs allows Jellicent to outspeed slower walls, such as Ferrothorn and Toxapex and cripple them with Taunt.

Water Absorb allows Jellicent to wall opposing Water-type Pokemon common in the Metagame, such as Urshifu Rapid-Strike, Dracovish, and Gyarados.

How to Use Jellicent Effectively

Jellicent sets itself apart from other defensive Pokemon thanks to its resistance to Poison, Bug, Steel, Fire, and Ice-type moves, as well as immunity to Normal, Fighting, and Water-type moves.

How to Build a Team with Jellicent

Jellicent easily fits into many teams and is a popular choice for defensive core with other walls in defensive-oriented teams.

Unlike other walls, Jellicent is best played aggressively against both physical sweepers and walls using its moves. When it's not crippling sweepers with Strength Sap and Will-O-Wisp, it's blocking slower walls with Taunt and chipping their health with Nightshade. Thanks to its unique playstyle, it's a popular choice for defensive teams.

Jellicent is also a great counter to Water-type sweepers in Rain Teams. The ability to wall terrifying sweepers like Choice Locked Dracovish and Urshifu Rapid-Strike make it a great choice for teams struggling against Hyper Offense teams.

Despite countering Rain Teams, Jellicent is often used as the main defensive wall in one although it faces stiff competition from Toxapex. 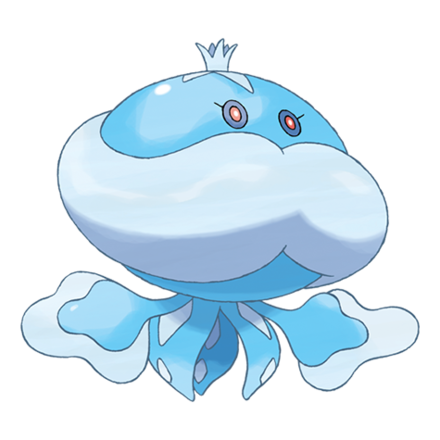 Use a Strong Attacker with a Super Effective Attack

Despite its great bulk, there are certain sweepers that can easily take down Jellicent with their super effective attacks.

In order for us to make the best articles possible, share your corrections, opinions, and thoughts about 「Jellicent Moveset & Best Build for Ranked Battle | Pokemon Sword and Shield」 with us!